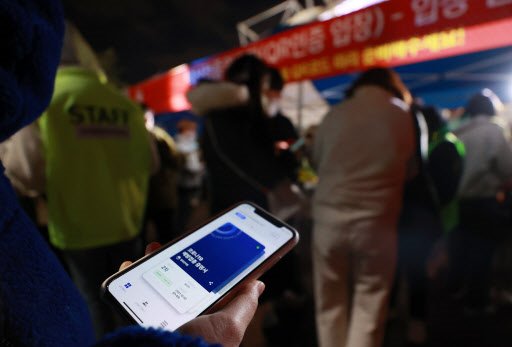 A person shows a digital vaccination certificate via the Korea Disease Control and Prevention Agency’s COOV app before entering a football stadium earlier this month. Many foreign residents who have been inoculated overseas say they feel left out of the government’s vaccine pass program, as they are unable to register their vaccine records on this app. (Yonhap)
EU Ambassador to South Korea Maria Castillo Fernandez on Thursday criticized the Korean government’s “vaccine pass” system, saying it discriminates against foreigners working and residing here who have been vaccinated overseas.

Under the country’s “living with COVID-19” policy, in effect since Nov. 1, those who wish to enter high-risk public places such as gyms, karaoke establishments, public bathhouses and buffets must present proof of vaccination or negative test results.

Koreans who have been inoculated overseas can prove it via the Korea Disease Control and Prevention Agency’s vaccination verification mobile app, COOV, but foreign nationals are not given the same access, the ambassadors said.

The EU mission has officially raised the issue with the government and so have some other embassies, the ambassador added. 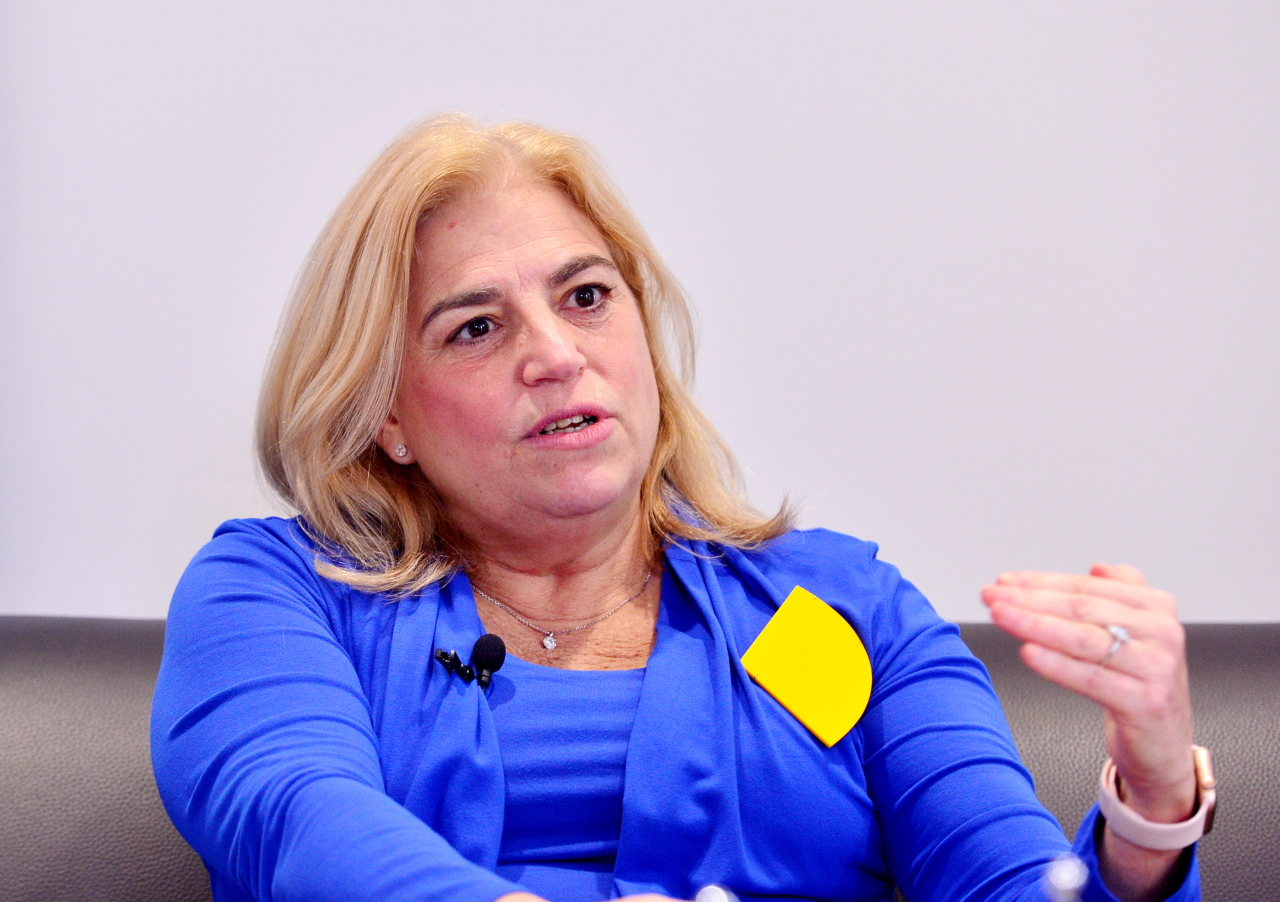 Maria Castillo Fernandez, EU ambassador to South Korea (Park Hyun-koo/The Korea Herald)
“We believe all residents in Korea, irrespective of their nationality, should be treated on an equal footing. For those people that cannot register their vaccines received abroad, they can therefore also not receive a booster in Korea, which will impact negatively on overall public health in Korea down the line,” she said.

In a separate interview with The Herald a day earlier, Failla expressed similar concerns, urging the government to ease the current strict requirements for foreigners who have been vaccinated overseas, in terms of quarantine exemption.

“We hope that the situation regarding the mandatory quarantine for fully vaccinated Italians in Korea will be soon overcome, as many Italian students, businesspeople and tourists wish to start traveling towards Korea again,” said the envoy.

Foreigners inoculated overseas can obtain vaccine passes and be
exempted from quarantine with the same official document, which is issued by Korean embassies abroad.

Without this quarantine exemption certificate, they have to self-isolate upon arrival, regardless of their vaccination status. They also cannot apply for vaccine passes in Korea.

The certificate can be issued only under limited conditions: when people visit Korea for humanitarian reasons, such as the funeral of an immediate family member; for a business meeting; or for academic or public purposes.

But trips to other countries by foreign residents are a different story.
When contacted by The Korea Herald, the KDCA confirmed it was applying different levels of proof from foreign and Korean nationals.

A Canadian professor at a university here applied for the document at the Korean Consulate in Toronto but was refused, after visiting his home country to attend the funeral of a family member and getting vaccinated there.

The EU ambassador said the Korean government is in talks with the EU about joining the EU Digital COVID Certificate system. The EU certificate is a QR code-based proof of vaccination that allows people to move freely within the EU without needing to self-isolate or undergo COVID-19 testing.

“We are also discussing with the Korean government about a mutual recognition of vaccine certificates. We hope that Korean authorities will soon decide to do so too, which is in the interest of both our countries. This should make it easier for travelers both ways to enter each other’s territory,” Castillo Fernandez said.

So far 49 countries, including all 27 EU member states, have already joined the EU-led system, she added.