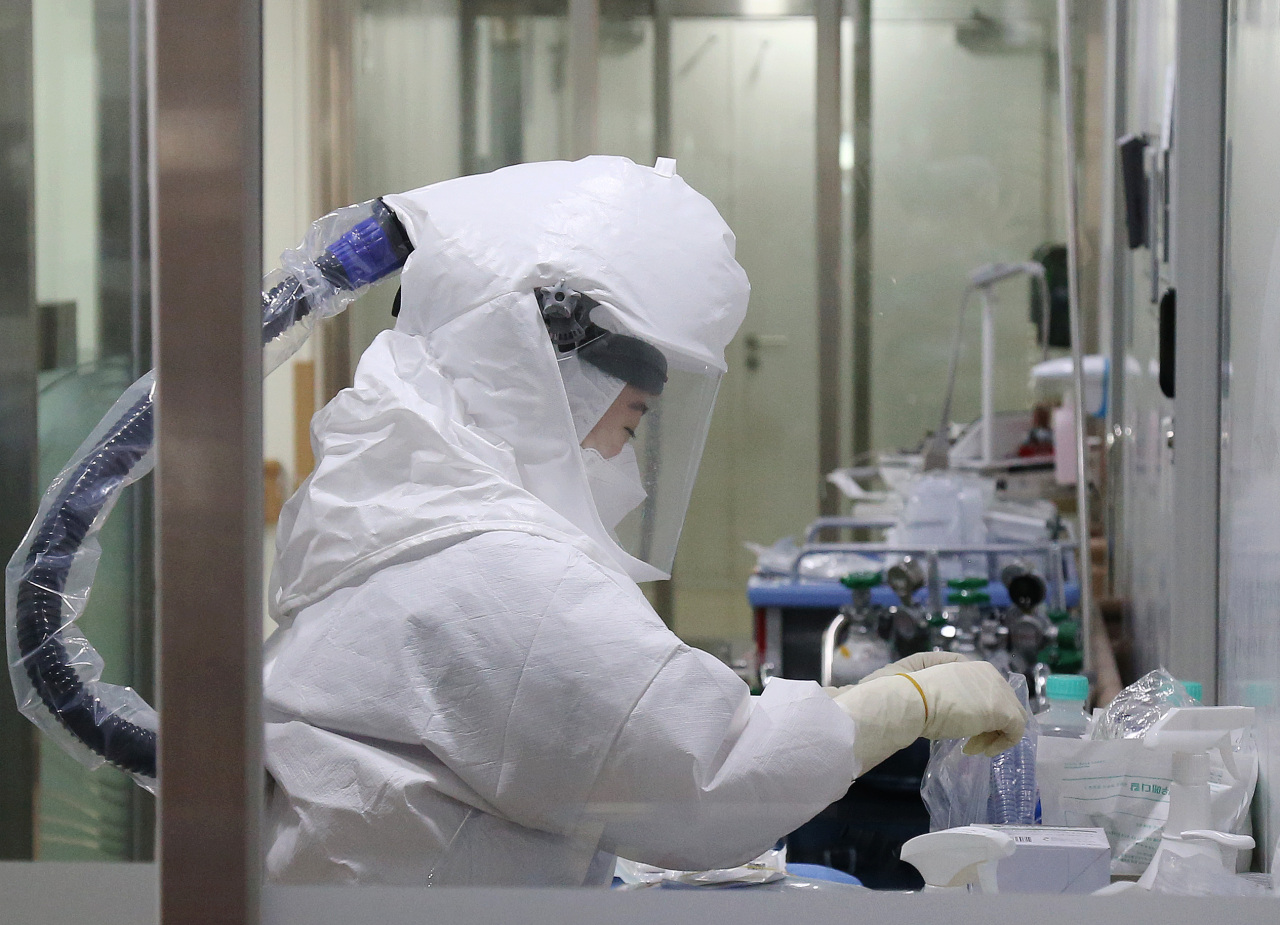 The country reported 3,187 new COVID-19 cases, including 3,163 local infections, raising the total caseload to 402,775, according to the Korea Disease Control and Prevention Agency (KDCA).

Wednesday's figure, a sharp hike from 2,125 cases the previous day, is the second-largest figure after the all-time high of 3,270 reported on Sept. 25. It is also the second time ever that the country's daily caseload hovered over 3,000.

The number of critically ill COVID-19 patients hit an all-time high of 522 on Wednesday, breaking the previous record of 495 the previous day, the KDCA said.

The health authorities earlier said that they can manage around up to 500 critically ill patients in a stable manner under the current medical capacity.

The surge in the total caseload and serious cases came after the country began implementing the "living with COVID-19" scheme on Nov. 1 that calls for easing monthslong strict antivirus restrictions for a gradual return to pre-pandemic life.

Breakthrough infections, particularly among senior citizens at nursing homes and hospitals, also led to the drastic increase as vaccine effectiveness has been waning for those who received the shots earlier this year. Breakthrough infections mean confirmed cases among fully vaccinated people.

Among confirmed cases, breakthrough infections accounted for 56 percent in the first week of November, up 26.3 percent from a month earlier, the KDCA said.

The government is pushing to speed up administering booster shots.

Prime Minister Kim Boo-kyum said Wednesday that the government will shorten the dosage interval between regular vaccination and booster shots from the current six months to four months for individuals aged 60 or older and nursing hospital patients.

Those in their 50s can get extra jabs five months, rather than six months, after their primary COVID-19 vaccination, he added.

As of Wednesday, 42.06 million people, or 81.9 percent of the country's 52 million population, had received their first COVID-19 vaccine shots. The number of fully vaccinated people came to 40.24 million, or 78.4 percent. (Yonhap)