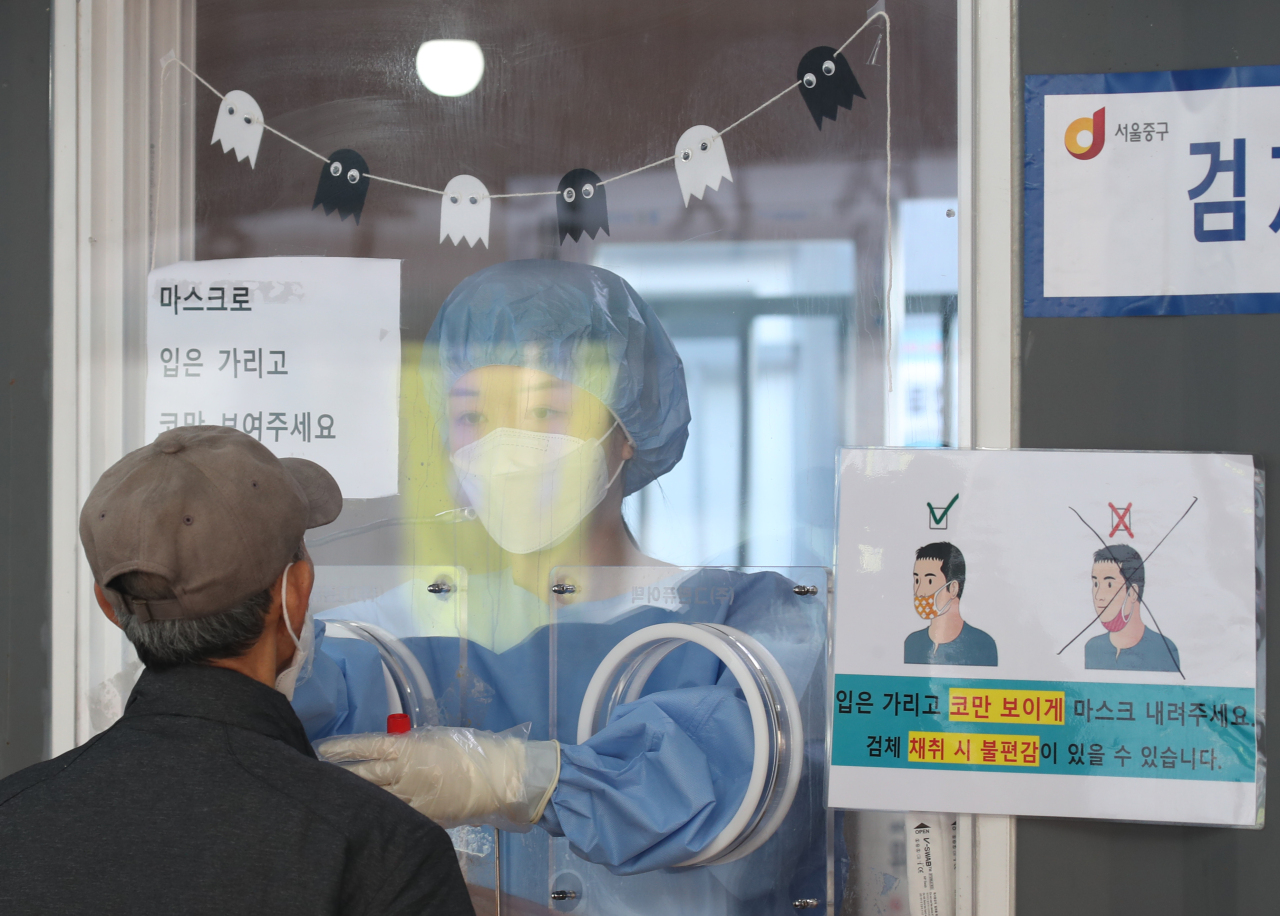 A health worker conducts a COVID-19 test at a testing site near Seoul Station in central Seoul on Sunday. (Yonhap)
South Korea's daily COVID-19 cases fell below 1,500 on Sunday amid signs of a letup in the fourth wave of the pandemic, with the country seeking to phase out social distancing restrictions, as its vaccination rate reached the milestone of 70 percent.

Sunday's tally is down from the 1,508 counted the previous day.

As of 6 p.m., health authorities and local governments had reported 957 more COVID-19 cases, down 174 from the same time a day earlier. Daily cases are counted until midnight and announced the following morning.

Although South Korea has logged more than 1,000 daily cases since early July, it is seeing a downward trend after reaching the peak of 3,272 cases on Sept. 25.

The ceiling on private gatherings has been raised to allow up to eight people to meet in Seoul and its surrounding areas starting Monday, provided that four of them are fully vaccinated. A maximum of 10 people, including six fully vaccinated, are allowed to gather in other regions.

The government is also seeking to introduce the "living with COVID-19" scheme in early November, as more than 70 percent of all South Koreans have been fully vaccinated.

Under the policy, COVID-19 will be treated as an infectious respiratory disease, like seasonal influenza, with eased social distancing being implemented.

The KDCA said 40 million people, or 79.4 percent of the population, have received their first shots of COVID-19 vaccines since February when South Korea began its inoculation campaign.

The number of fully vaccinated people reached 35.9 million, or 70.1 percent.

The number of patients in serious or critical condition came to 316, down 11 from the previous day. (Yonhap)