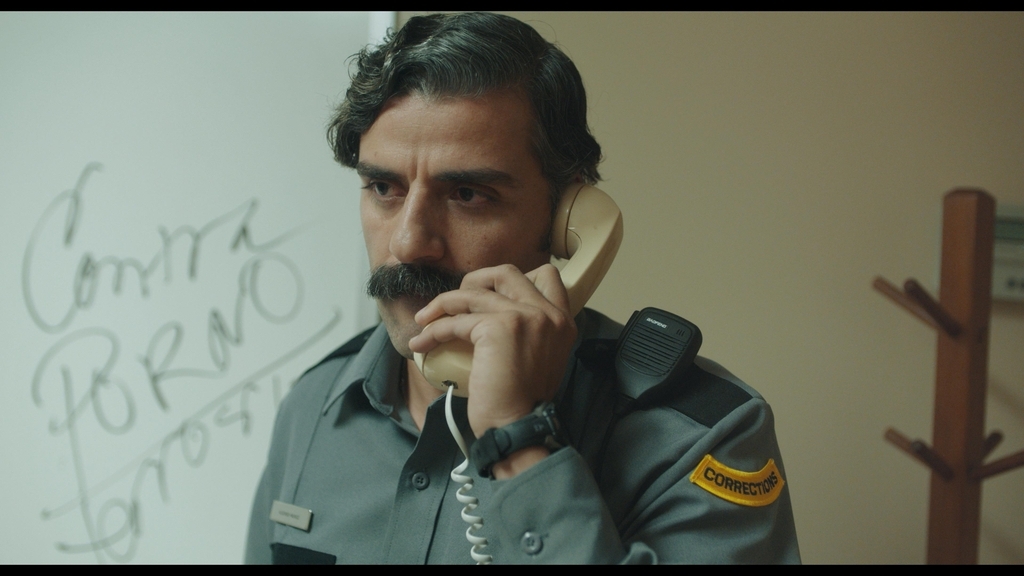 The 19th Gwanghwamun International Short Film Festival is being held at Cinecube in Jongno-gu, Seoul, from Thursday to Oct. 19.

A total of 84 movies from 36 countries will be screened during the festival.

Opening the event is Elvira Lind’s “The Letter Room,” about a kindhearted prison officer who is transferred to the mailroom to monitor the prisoners’ correspondence. While doing his job, he becomes fascinated by the writing of a woman who continues to send letters to an inmate.

Films about the COVID-19 pandemic and natural disasters, such as “August Sky” and “Escaping the Fragile Planet,” are being screened as part of the international competition, according to the organizers. Films in this category will also be screened online on the Moviebloc website from Oct. 20.

“August Sky,” directed by Jasmin Tenucci, is a movie about a young nurse named Lucia, who, sensing something is wrong with the air, begins to have doubts about her pregnancy. The air pollution is due to the fire in the Amazon, which has been going on for a while.

In the queer romance “Escaping the Fragile Planet,” directed by Thanasis Tsimpinis, a strange pink fog spreads throughout the city. With only a few hours remaining before the world ends, two men have an unexpected encounter.

The festival programmer said this year’s short films, such as “Grab Them” and “Strangers,” reflect reality while including humorous elements.

“Grab Them,” directed by Morgane Dziurla-Petit, is about a 60-year-old woman named Sally who longs for happiness and love. However, it is not easy for her to find love since she resembles the newly elected US president, whom everyone hates.

“Strangers,” directed by Nora Logatti, is about a person who collapses on purpose and pretends to be unconscious to find out how passersby will react.

This year’s special programs include “Cinema Old & New: Focus on Korean Directors,” which focuses on short films from up-and-coming young Korean directors such as Woo Moon-gi, Lee Ok-seop and Kim Do-young. After the screenings, each of these directors will participate in an online discussion with the audience.

The Gwanghwamun International Short Film Festival, previously called the Asiana International Short Film Festival, has been instrumental in introducing creative new directors but was canceled last year after losing Asiana Airlines as a sponsor. New sponsors -- Pandora TV and Moviebloc -- were found this year and in July, the festival changed its name.

The winners of the Sundance Film Festival can be watched at the Gwanghwamun festival through a special program.