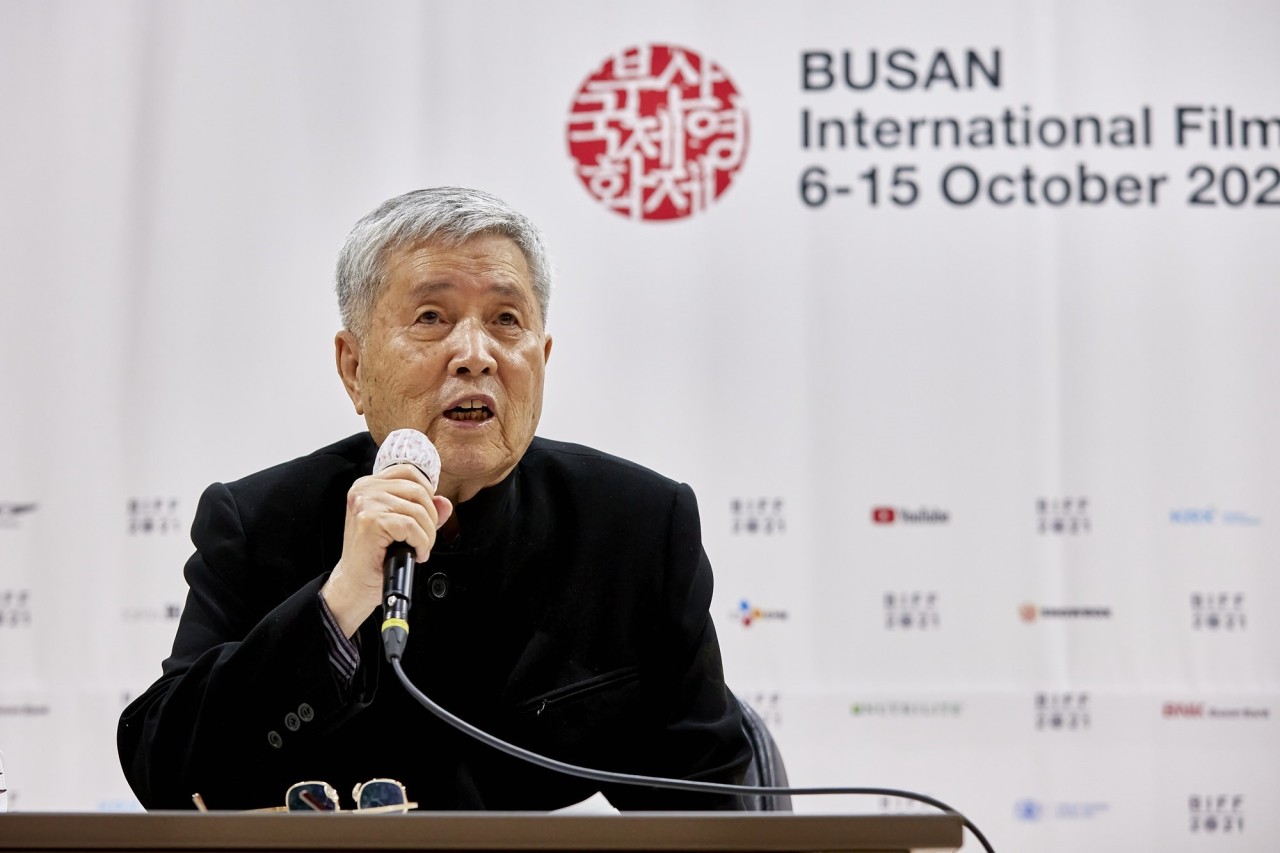 With unsteady hands, he took out the golden-frame glasses from his jacket and began to look back on his 60 years in the Korean film industry.

“I have a career of creating over 102 films or so,” he said. “If I state my career in one sentence, I would say that ‘I liked movies so I followed the path.‘”

Im said “Jokbo (The Genealogy)” (1979), which depicts people of the Joseon era who were trying to secure their names and the value of their family trees during the Japanese colonial period, is special.

“‘Jokbo’ is the film in which I revealed my uniqueness as a director for the first time. I formed my own style so it is a monumental film for me,” Im said.

The director also said he adores his classic love story “Chunhyang,” which he directed in 2000. It earned him his first invitation to the prestigious Cannes Film Festival.

After “Chunhyang,” Im won the prestigious best director award in 2002 at Cannes for “Chihwaseon,” the first such honor given to a Korean filmmaker.

Talking about this award during the press conference, Im said he has some bitter memories about the award.

“(Before I won the award) there were expectations from people for me to win, but I felt like I was not good enough for it,” he said. 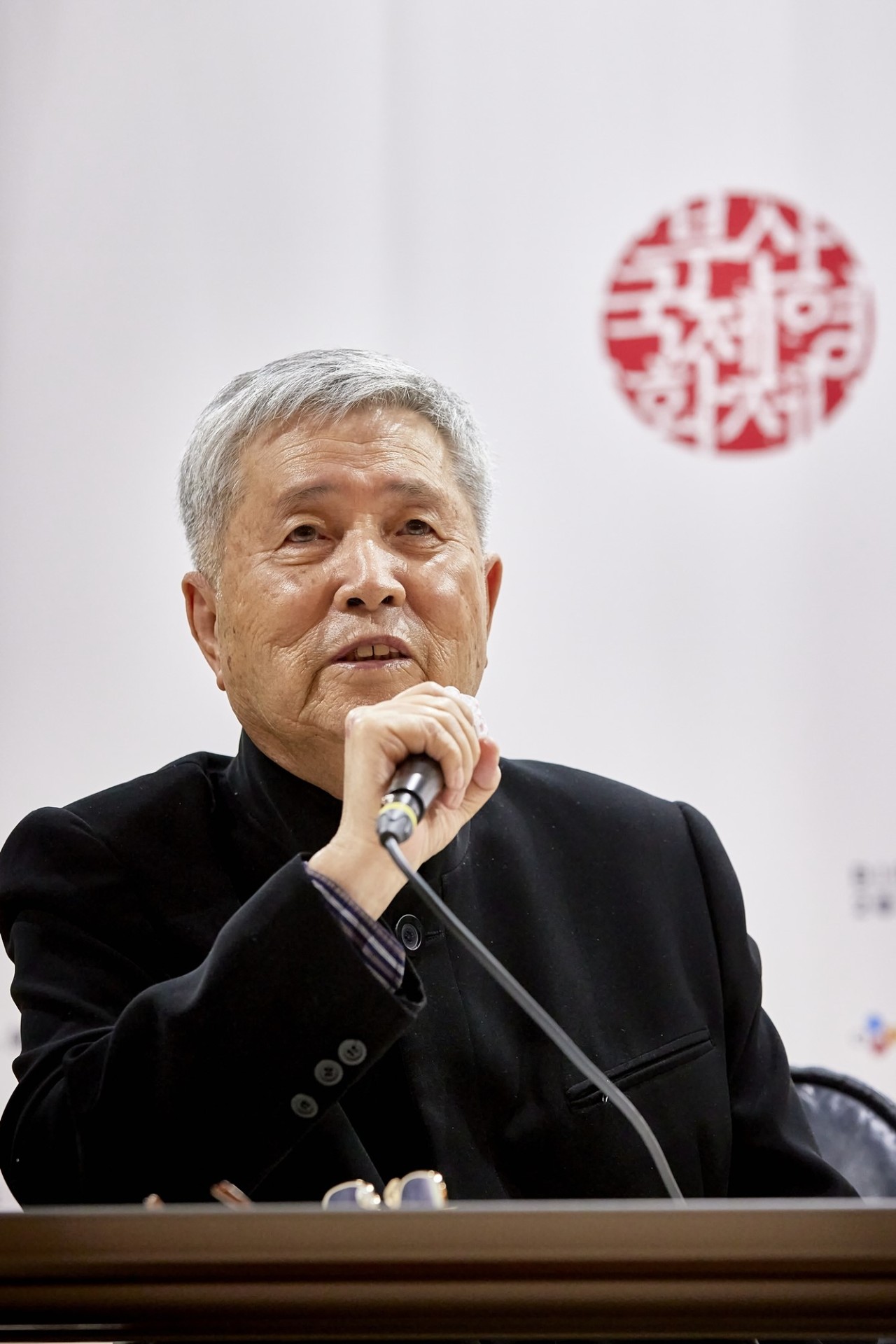 Im Kwon-taek speaks during a press conference at the theater in the Centum Campus of Dongseo University in Busan on Thursday. (BIFF)
“The pressure, including that which people here (in the media) also contributed to, hindered me from enjoying the process of making the film. I was working in pain and I blame this on you guys,” Im joked.

When he finally won the award, he said it felt like he had repaid a debt.

“If I did not focus too much on film festivals, I could have expanded my imagination much more, but I was stuck in a frame,“ he added.

Although he created more than 100 films over his 60-year career, he said there is still an idea that he has not been able to develop as a film.

“I couldn’t make a film about Korean shamans and religious Koreans. I thought about making one, but I did not have an opportunity. And now even if I have a chance, I am at that stage in life where I should give that opportunity to someone who can do it better.”

He added that he does not have any plans to make another film.

During the conference, the director praised Bong Joon-ho and his Oscar-winning film “Parasite.” Im said he called Bong after watching the film because he really liked it.

“I always thought that Korean movies were not perfect and there are some defects to it, but Bong’s recent film felt nearly complete,” he said. “I think Korean movies have already become world-class films.”

Toward the end of the press conference, Im thanked his wife for being there throughout his long career.

“I never express my gratitude toward my wife so she always points this out to me. I want to use this time as an opportunity to thank her. I could not make much money so our life was not easy but she went through it with me,” Im said.

Meanwhile, at BIFF, Im was selected as this year’s Asian filmmaker of the year, which is presented to the Asian filmmaker or organization that has made the most significant contributions to the advancement of the Asian film industry. He was selected in recognition of a prolific career that spans six decades and his role in promoting Asian films around the world. Throughout his career, Im has portrayed Korean culture and values on the big screen, the festival organizer said.