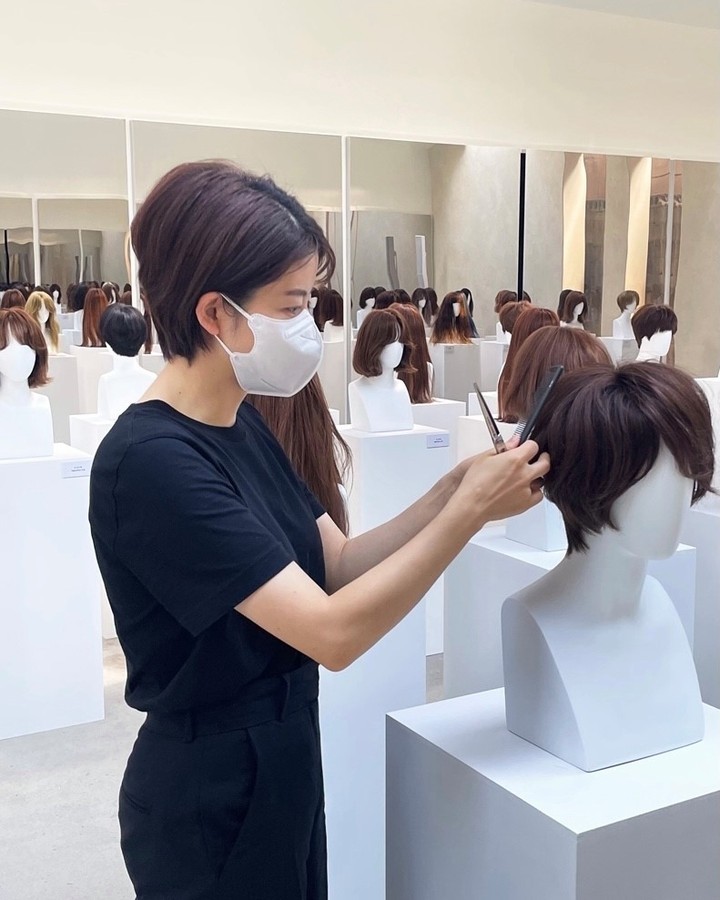 Different hairstyles give different impressions. Some people express their moods through hairstyles and refresh their mind with a bold chop or perm. While fashion is easily thought of as a way to express one’s persona, so do hairstyles as it represents one’s identity, mood, tastes.

Korea’s leading hair designer Cha Hong showcased 80 hairstyles she has presented over the past decade at the exhibition “Narratives in Style” at Beacon Studio in Seongsu-dong, Seoul. Since Cha opened her hair design brand “Chahong Ardor” in 2011, she and her team have developed around 130 hairstyles. 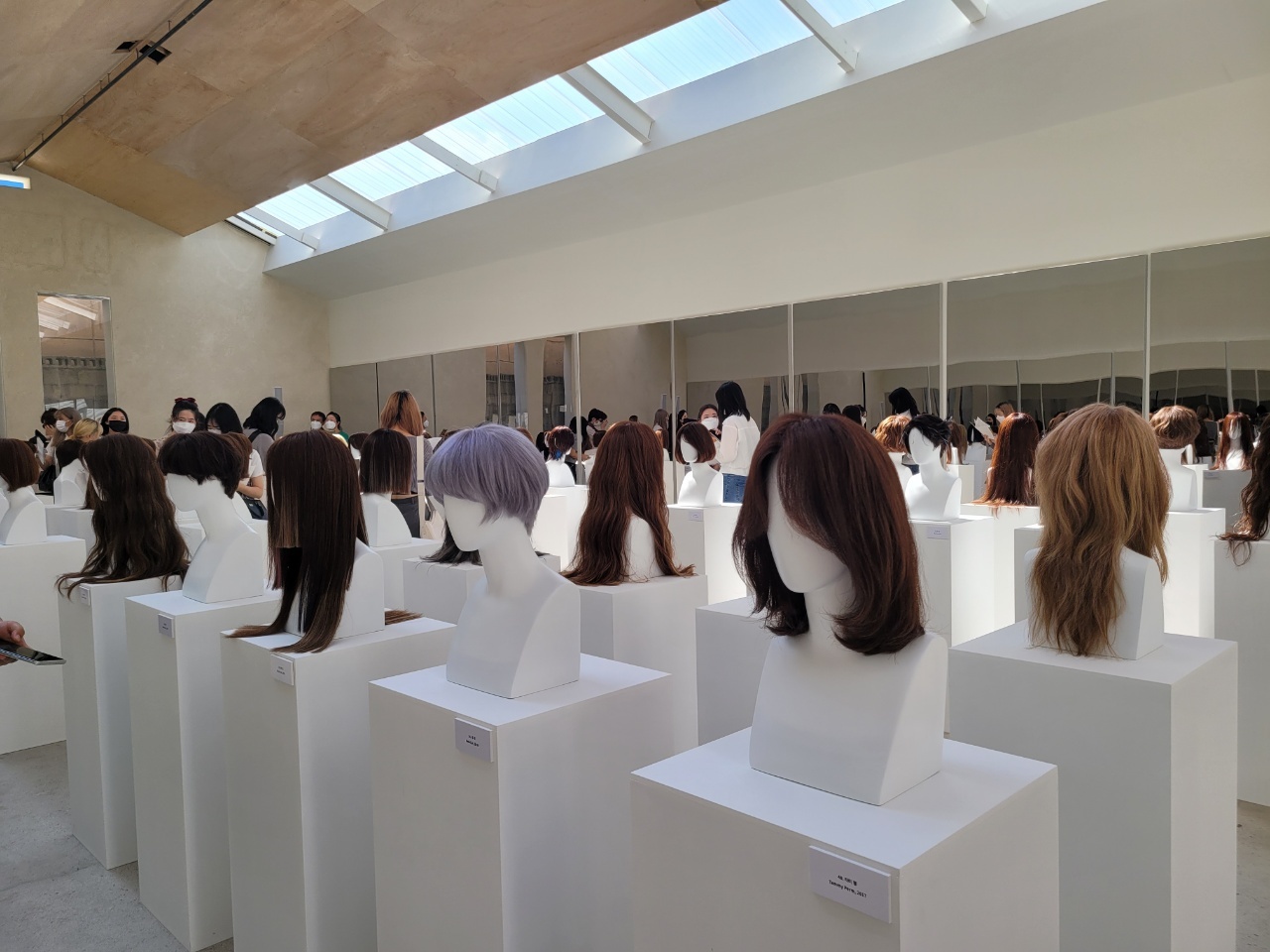 An installation view of “Narratives in Style” at Beacon Studio in Seoul (Park Yuna/The Korea Herald)
"We design hair which is the closest part of ones’ body. I thought it would be meaningful to look back on the past 10 years and remember the 80 most popular hair designs in commemoration of 10th anniversary,” Cha told The Korea Herald in a phone interview.

Cha has rolled out trendsetting hair styles for every fall/winter and spring/summer fashion season. Some of her hairstyles that came into vogue include the “Bebe cut,” “Hush cut,” “Easy perm,” “and “Balloon perm,” and “Jelly perm” that became common terms in the industry.

“Including hairstyles, the beauty trend is all about reading and understanding the world. We research a variety of subjects, including social issues and fashion trends and present trendy hair designs six months ahead (of each season),” she said.

The unique names of her designs are often inspired by literature, architecture and art. Among the designs showcased at the exhibition is the “Frida cut,” which draws on the experience of Mexican painter Frida Kahlo’s mental anguish when she went through traumatic events, according to the description of the hair style.

“The hair style was inspired by the anecdote of the artist when she cut her hair, while she was suffering. Kahlo had many heartbreaking moments in her life, and she seems to have elevated her pain into art. I wanted to present a hairstyle through which one’s heartaches can be sublimated into beauty,” Cha said.

As the government considers drawing up a “With Corona” campaign later this year outlining a new normal in living with the coronavirus, hairstyles may reflect people’s changes in mood, Cha says.

“After the pandemic hit the country early last year, some people seemed to do bold hair colors to express themselves while wearing minimal makeup. But in the ‘With Corona’ times, more people will prefer light hair styles and toned-down colors such as baby brown, khaki and goldish colors,” Cha said of the next trend.

“Beauty is all about looking into oneself, but people seem focus too much on presenting themselves to others. Hairstyling and fashion are about caring for oneself,“ she said. ”It is like watering flowers.“