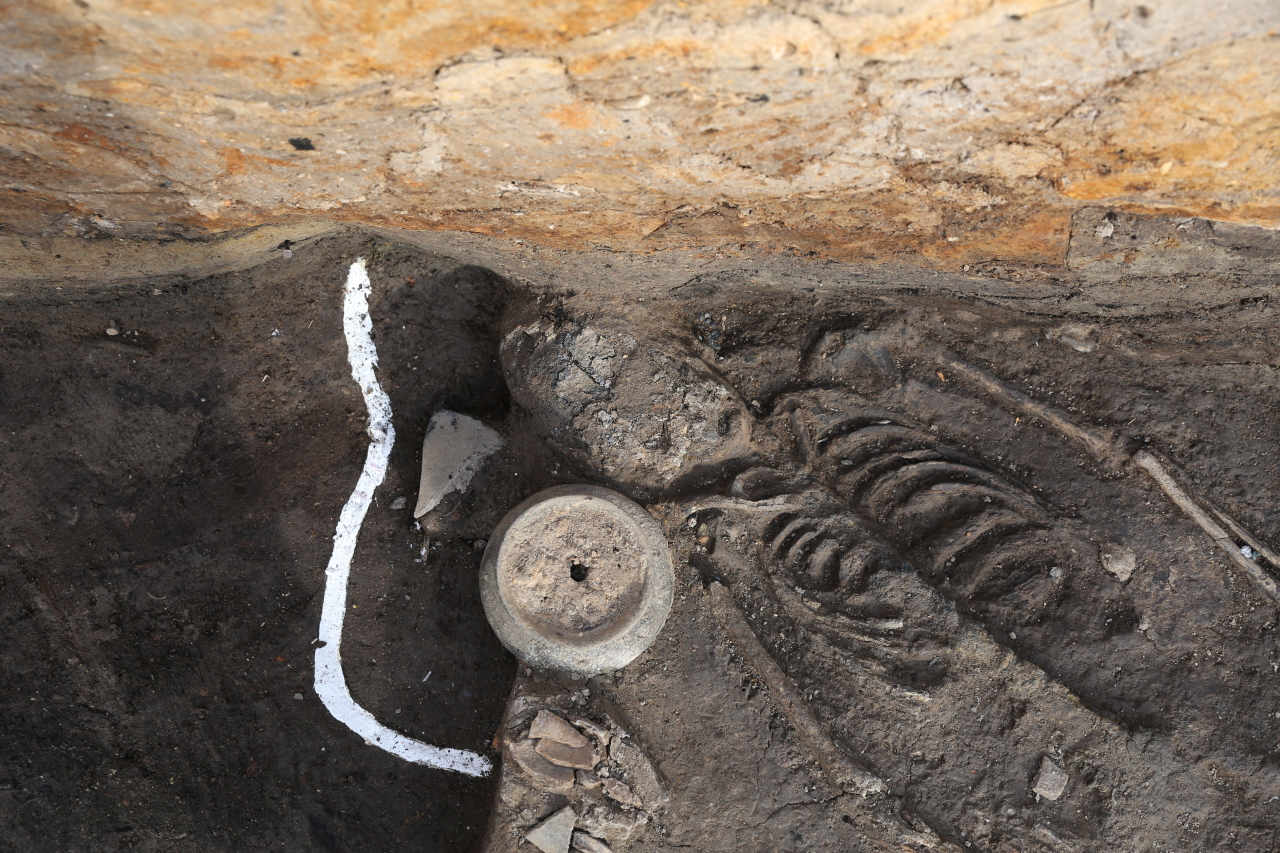 The upper body of a woman‘s remains from the Silla Kingdom, found at the site of the Wolseong palace in Gyeongju, North Gyeongsang Province. (CHA)
An archaeological dig by the Cultural Heritage Administration has found more human remains under the west walls of Wolseong in Gyeongju, North Gyeongsang Province, adding toe evidence that human sacrifices mere made in the Silla Kingdom.

“The west walls of Wolseong drew the public’s attention in 2017 when bones of two people were found. After that, we have been researching the site mainly to find out civil engineering techniques that were used to build Wolseong. In the process, we found additional bones of a woman and animals,” Park Sung-jin, a researcher at the Gyeongju National Research Institute of Cultural Heritage under the CHA said during an online press conference held on Tuesday via Zoom.

Back in 2017, the bones of two people -- a man and a woman -- were found under ancient palace walls.

The newly found human bones were located around 50centimers away from the bones that were found four years ago.

“It is presumed as the evidence of human sacrifice because the bones are located on the composition layer at the base of the palace wall and not in a tomb,” another researcher at the Gyeongju National Research Institute of Cultural Heritage Kim Heon-seok said. “Before building the palace wall, we presume that a human sacrifice was done with hopes of building solid architecture.” 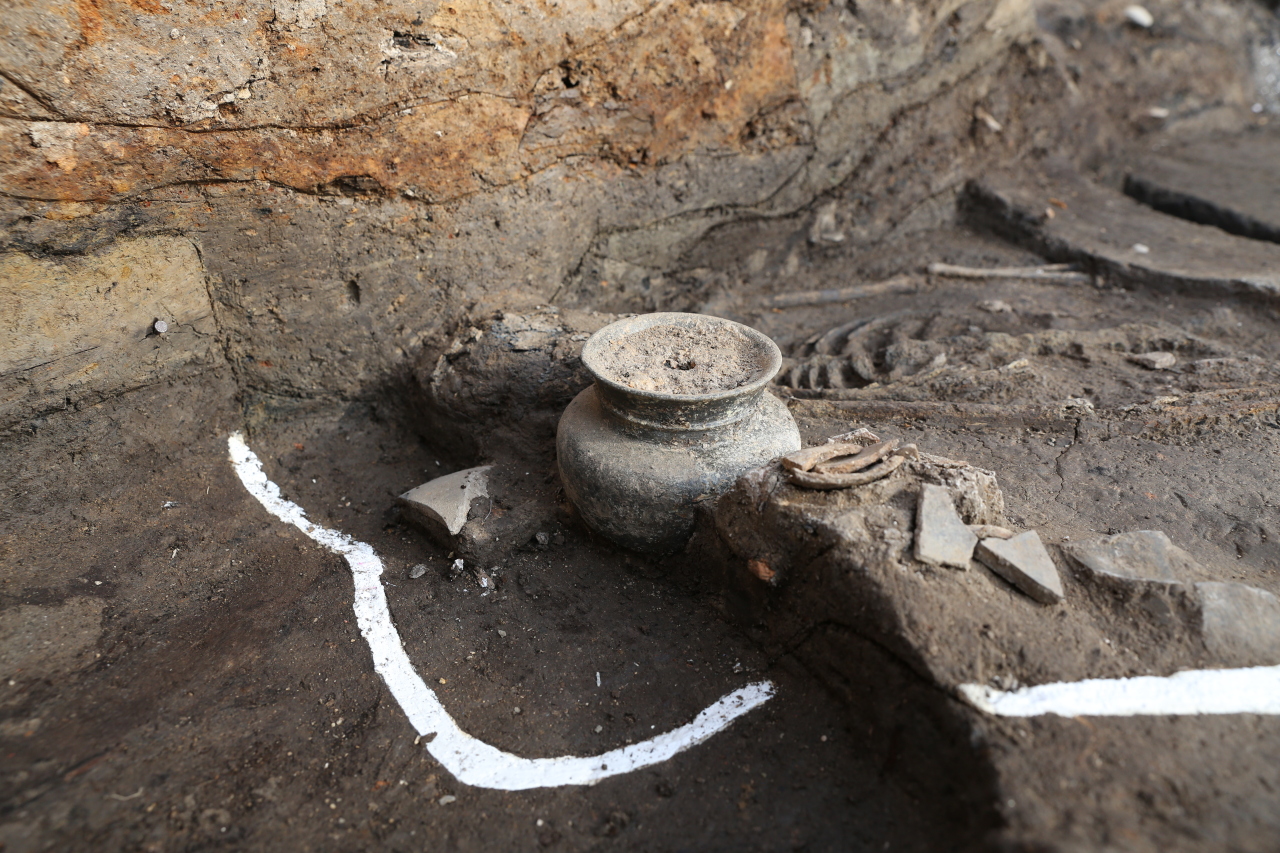 Earthenware from the Silla Kingdom was found beside the bones under the west walls of the Wolseong palace in Gyeongju, North Gyeongsang Province. (CHA)
The remains of a 135-centimeter-tall woman, who is estimated to have died in the mid-4th century, were discovered along with the bones of animals such as horses and cows, as well as earthenware.

In April, when the remains of the woman were first excavated, the agency thought she was a girl due to her height. However, the further study of the remains revealed that she was an adult.

“Her growth plates were closed,” Kim explained. He added that her height was likely short due to malnutrition and the woman is thought to be from a low-down in the social hierarchy.

Also, a necklace and a bracelet, both made with glass beads, were located close to the bones, which suggests that the woman was wearing them, the agency said.

Meanwhile, the agency said that through the recent research it has also found the size of the west side of the palace wall, which is about 40meters wide and 10 meters high.