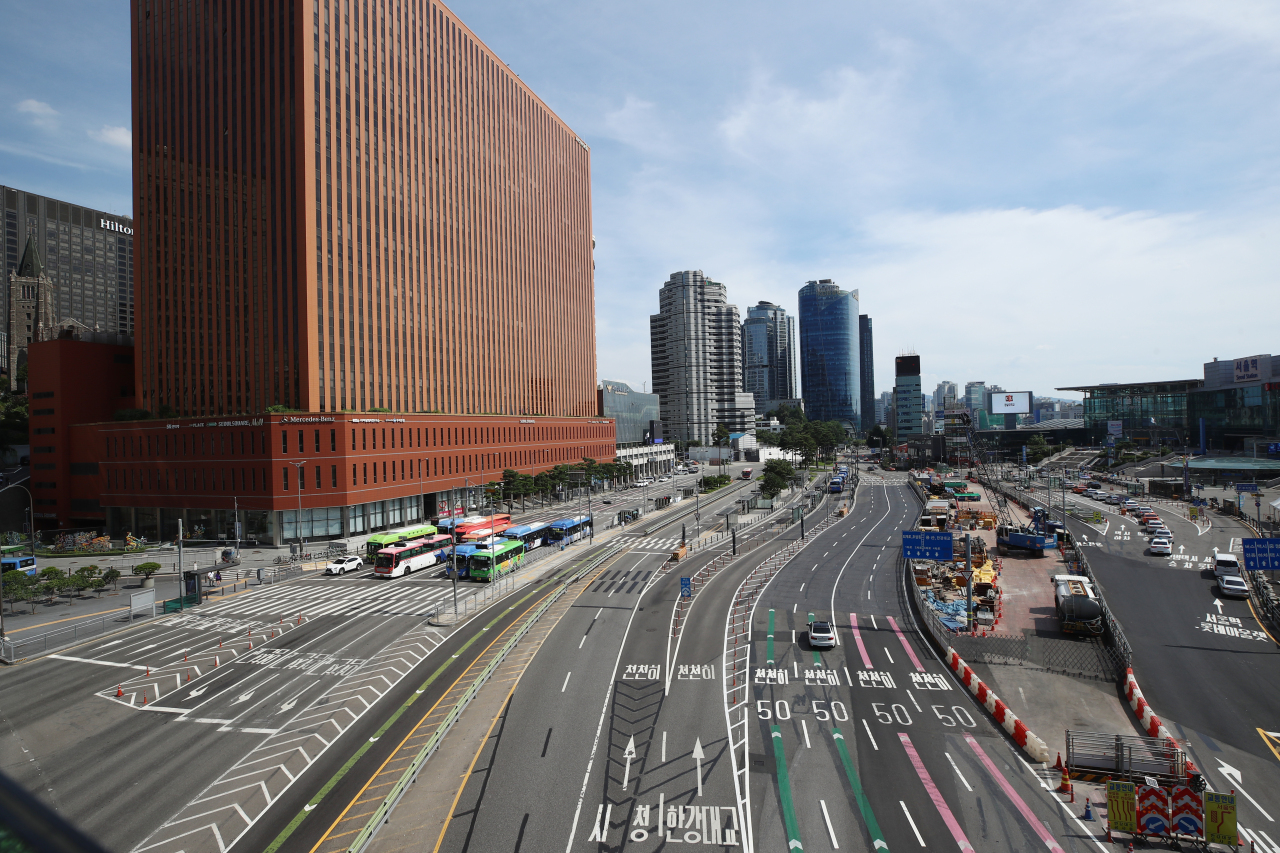 South Korea’s summer was supposed to be “more normal.” Come July, there would be more freedom from social distancing and face mask wearing, political leaders and health officials had promised.

Instead the country is in the midst of its largest wave of COVID-19 yet and Koreans are having to practice social distancing far more rigorously now more than ever, raising questions over what went wrong.

Easing COVID-19 restrictions is something that had been in the works as early as Feb. 2, which is when Korea had just emerged from the deadly third wave that swept through nursing homes, according to a Ministry of Health and Welfare report posted June 20.

As justification for easing social distancing, the ministry cited progress in the vaccine rollout and the country’s relative success in controlling the pandemic. The damage to the economy and the public’s fatigue, too, constituted suitable reasons.

“After vaccinations of at-risk populations are completed, vaccinations for the general public are proceeding smoothly,” the ministry said in the report.

But when the report was published near the end of June, vaccinations for people at risk of falling seriously sick were “hardly completed,” said infectious disease professor Dr. Kim Woo-joo of Korea University.

Even among older people aged 75 and above, only 54 percent had gotten Pfizer’s two-dose regimen at the time. Overall, 29 percent of 51 million people in the country had received at least one dose, and 7 percent had been fully vaccinated.

For people aged between 60 and 74, the first round of AstraZeneca vaccinations had just opened up that month. Since AstraZeneca doses are administered 11 to 12 weeks apart, the full vaccination data in this age cohort was not yet available. The majority of patients with respiratory disorders, who were also given their first AstraZeneca doses around the same time, remained just partially vaccinated as well.

“Reopening, or any easing in social distancing, should be based on full vaccination rates, rather than first-dose vaccination rates, among other things,” Kim said. Fast forward to Sunday, 32 percent of the population were vaccinated with at least one dose, and 13 percent were completely vaccinated -- which still aren’t high enough, he said.

Kim, who had either advised or spearheaded Korea’s battle against several past epidemics, pointed out the report fails to address variables that came into play in later months, such as newly emerging variants or a slowdown in vaccinations due to a disruption in the supply.

“In fact, the 70-page report expounding on the necessity of reducing restrictions contains no mention of variants, nor any model-based prediction of transmission,” he said. “It also looked to the UK and Germany as examples for turning to less strict social distancing, when these are two countries that are way ahead of Korea in vaccinations. They aren’t doing that well in terms of containing their outbreaks, either.”

It wasn’t until July 8 that the Korea Disease Control and Prevention Agency provided a mathematical model, which predicted that daily cases could surpass 2,100 in two weeks. But by that time, a week had already passed since most parts of the country had opened up, save for Seoul.

Seoul, which has been Korea’s COVID-19 epicenter since the initial wave in February last year, has been under the most restrictive tier according to the new and eased social distancing scheme since about two weeks ago. Reopening plans in the capital city weren’t totally scrapped and put on hold for the first 11 days of July, until a spike in cases made the U-turn unavoidable.

“We are too impatient to open up, but reluctant to restore interventions in time when they are warranted,” Kim said. “Time and time again, this has been our folly.”

Dr. Paik Soon-young, an emeritus professor of virology at Catholic University of Korea, said Korea’s approach to variants should have been “more conservative.” “Korea is analyzing a meager 15 percent of patient samples for variants once a week. Naturally, the variants that get detected do not represent the whole picture,” he said. “Despite the delta variant fueling renewed surges in better-vaccinated countries, health officials continued to underestimate its impact.”

Throughout June, Son Young-rae, the Health Ministry spokesperson, had insisted on several accounts that the delta variant did not constitute enough of a concern in Korea to postpone the nationwide easing in social distancing slated for July 1. In a closed-door briefing Monday, he admitted the variant “might be behind the recent spread,” without acknowledging that his earlier statements had argued the opposite.

“The delta variant seems to be rendering the existing measures less effective, which is why more intensive social distancing is inevitable in and around Seoul for the next two weeks,” he said.

Son added, however, that as first doses are distributed to people in their 50s from this week, the fourth wave’s blow was “anticipated to be further cushioned.” “The death rates are falling even as cases are growing,” he said.

“It is our understanding that the situation is gradually beginning to stabilize,” he said, as 1,318 cases were logged in the last 24 hours ending Sunday midnight. It was the highest figure seen on a weekend, when usually fewer tests are conducted and cases fall accordingly.

The government “did not seem to have foreseen the possibility of another surge coming,” said Dr. Eom Joong-sik, an infectious disease specialist at Gachon University Medical Center, a designated COVID-19 hospital in Incheon. “If they had, they wouldn’t have told hospitals to cut down on their COVID-19 beds in mid-June.”

Eom said that recently, younger people -- most of whom are not yet vaccinated -- accounted for more than half of severe cases, which is defined as requiring life support, mechanical ventilation or continuous dialysis. As of Sunday, 58 percent of 244 seriously ill patients were aged 59 and under.

Meanwhile, the age-based vaccine rollout has finally reached 55- to 59-year-olds on Monday. The end of the vaccination period for people in their 50s has been pushed back to Aug. 28, which means that the turn for people who are younger may come later. So far in July, 116,835 doses were administered each day on average.

Dr. Jung Jae-hun, the head of G-ABC, Gachon University’s center for artificial intelligence- and big data-based medical analytics, said Korea had “ignored the warning signals” that hinted at the advent of the latest wave. “Between late May and early June there had been a mini wave that was overlooked. The country was already in the initial stage of the current wave around the third week of June,” he said.

“The rush to relax restrictions is what precipitated the current wave’s coming, evidently.”