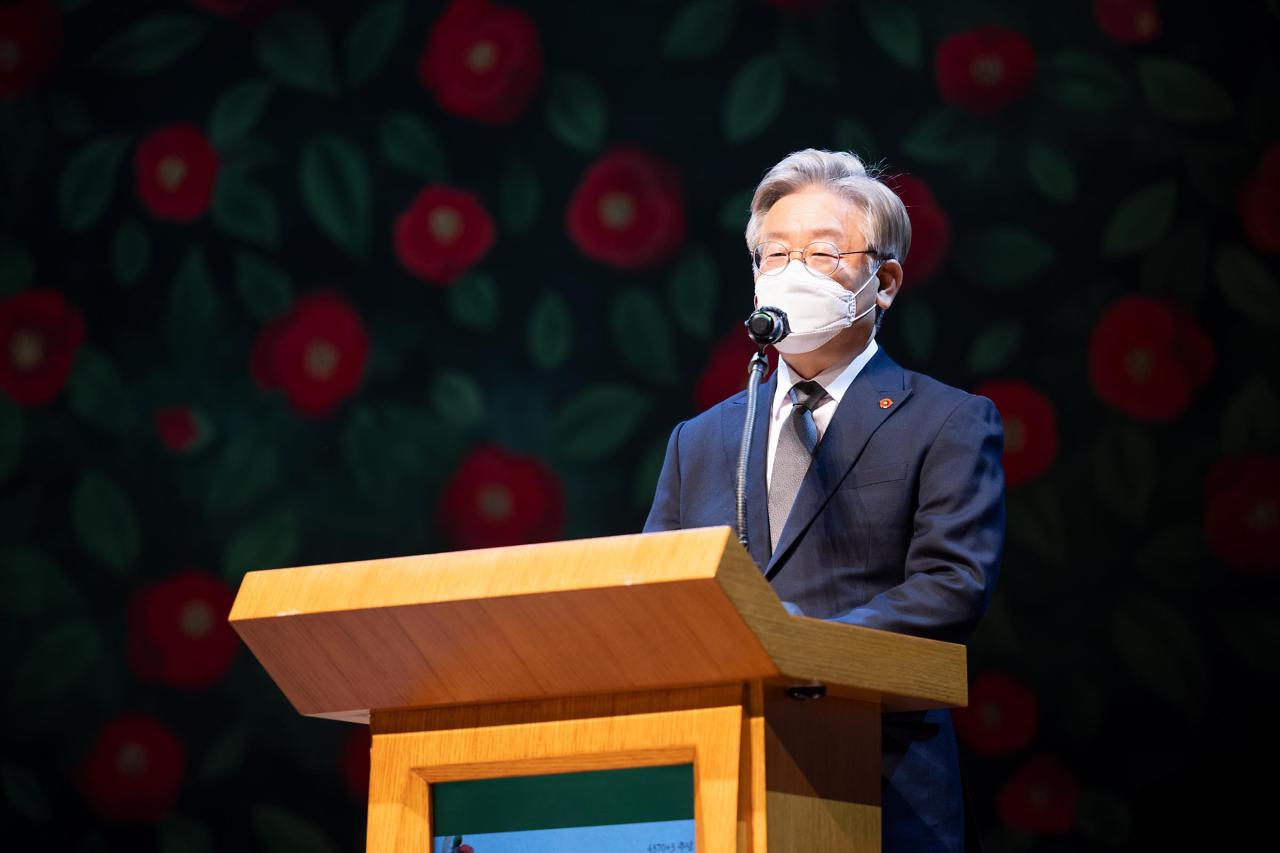 Lee, who has long been among the ruling party’s strongest presidential hopefuls in public polls, wrote via Facebook on Sunday that the amount of fines should be proportionate to the offender’s property.

“The social consensus for this is high in Korea, with 76.5 percent of the public supporting it, according to a survey by the Korean Institute of Criminology.”

Rep. Yoon of the People Power Party wrote on Facebook that while Lee’s proposal can be considered, it was “strange” that he called for fines “proportional to property,” while referring to Finland and Germany as examples.

Mentioning that a highly paid businessman in Finland was fined 54,000 euro ($65,400) for speeding in 2015, Yoon said the amount of the fine is based on the offender’s income there.

“Since one can’t assume that a Gyeonggi governor cannot tell the difference between income and property, I wonder what he intended by lying,” Yoon wrote.

“Even if the intention is to punish people with assets, one should have the minimum grounds and logic.”

Lee wrote Sunday night that the core concept of “property-proportional fining system” is that fines be proportional to “financial means” such as income and property.

“I believe Rep. Yoon doesn’t have bad intentions, so it is clear that she didn’t properly grasp what I said. I recommend that she work on her Korean reading comprehension.”

Yoon wrote on Monday what Lee said was not just a matter of “loose interpretation,” saying it showed that he still doesn‘t understand how important it is to distinguish income from property in policymaking.

“Since this issue is about how social consensus is built, the most important starting point would be presenting one’s argument honestly and clearly. One should be clear about what he is talking about, so that he doesn’t say ‘that’s not what I meant’ when something goes wrong,” she wrote.

Former Justice Minister Cho Kuk said as a minister nominee in 2019 that he planned to introduce a “property-proportional” fines system. The ruling Democratic Party of Korea and the government discussed it, but it never progressed further.

Rep. So Byung-cheol of the Democratic Party and other lawmakers recently proposed a revised bill to introduce the system.

Jurisdictions such as Denmark, Finland, France, Germany and Macao employ a day-fine, which is a unit of fine payment that, above a minimum fine, is based on the offender’s daily income.