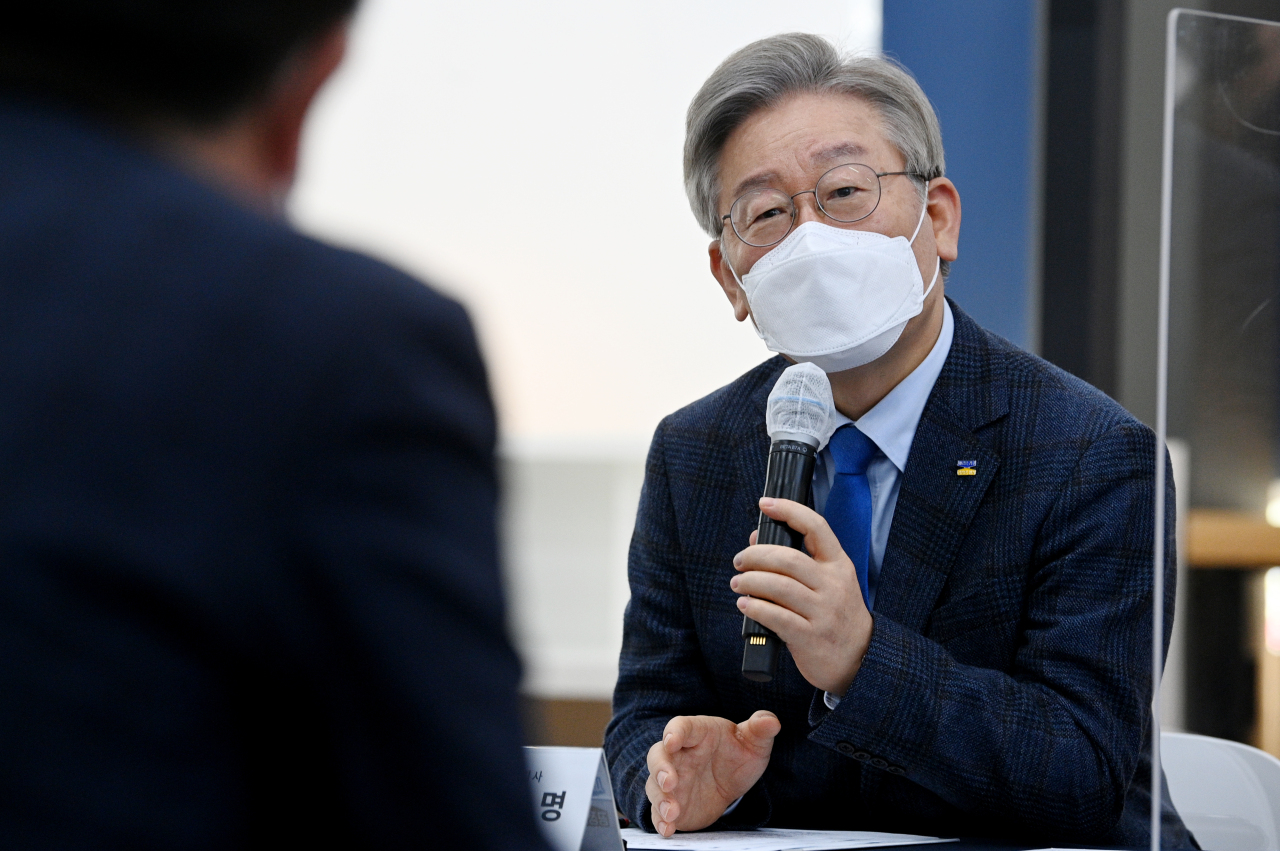 In the survey conducted jointly by four polling agencies on 1,004 people over the age of 18 from Monday to Wednesday, 24 percent picked Gov. Lee as their favored candidate in next year's presidential election, pushing him into the lead after finishing in second place last week.

Lee's number stood unchanged from a week ago but the support for Prosecutor General Yoon Seok-youl, considered an opposition figure, fell 7 percentage points to 18 percent.

Among just DP supporters, Gov. Lee earned 43 percent of support, while ex-DP chairman Lee was backed by 23 percent. Yoon logged 49 percent support from those who identified themselves as supporters of the main opposition People Power Party.

The poll had a confidence level of 95 percent and a margin of error of plus or minus 3.1 percentage points. (Yonhap)