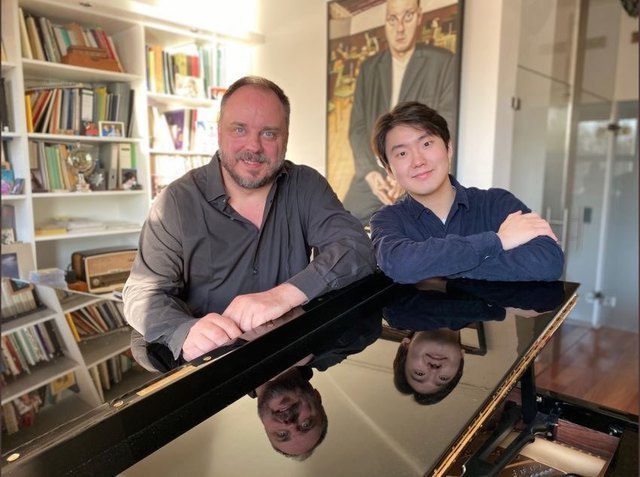 “It’s almost impossible to describe the experience of exploring songs that speak so profoundly to what it is to be human with a great young performer like Seong-Jin Cho,” Goerne said in a statement. “These pieces are by three composers whose lifetimes overlapped but who are different in so many ways.” 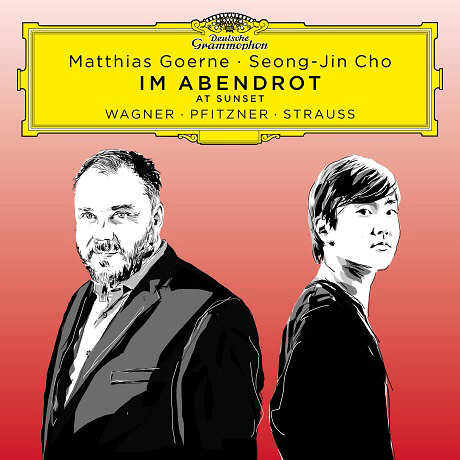 Cover of Baritone Matthias Goerne (left) and pianist Cho Sung-jin‘s new album “Im Abendrot” (Universal Music)
According to Deutsche Grammophon, the album is part of Goerne’s project to release series of albums with well-known pianists with an aim to explore landmarks of German lieder -- art songs accompanied by piano. Last month, the German musician released an album together with Canadian pianist Jan Lisiecki as part of the project.

The two musicians have performed together a few times but this is their first album.

The pianist livestreamed a performance with Goerne last year. The two musicians performed a selection of Schubert‘s lieder at a studio in Berlin.

In 2019, they also performed a selection of Schubert‘s lieder in Korea.

Meanwhile, Cho and the renowned German lieder singer initially planned to hold a concert together at the Lotte Concert Hall in eastern Seoul on Sunday, but it was canceled due to the spread of COVID-19.