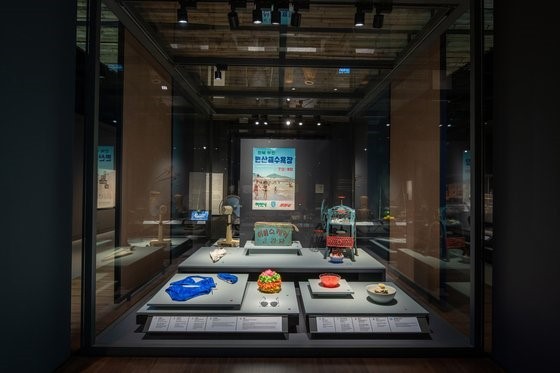 “Previously, the exhibition here focused on showcasing relics from the late Joseon era. The new exhibition not only showcases items from the Joseon era but also items from modern and contemporary Korea,” National Folk Museum of Korea Senior Curator Jung Yon-hak told The Korea Herald.

This exhibition of retro items is part of the museum’s long-term vision to turn the National Folk Museum into a place that young visitors can enjoy. It believes these exhibits can attract young people with an interest in “newtro” (new but retro) trends.

The changed hall has five sections -- Jeongwol (the first month in the lunar calendar), Spring, Summer, Autumn and Winter -- and under the overarching theme “A Year in Korea,” retro items are placed here and there throughout the hall.

In the Summer section, traditional items that were used in the season during the Joseon era, such as fans and body pillows, are exhibited on one side of the hall. An electric fan, an ice maker for bingsu (shaved ice with sweet toppings) and a swimsuit from the 20th century are on display on the other side.

Also, next to National Treasure No. 1913 -- Gyeongjinnyeon daetongnyeok, the oldest extant calendar from the Joseon era -- is a day-to-day calendar that was widely used in from the 1960s to the 1980s. 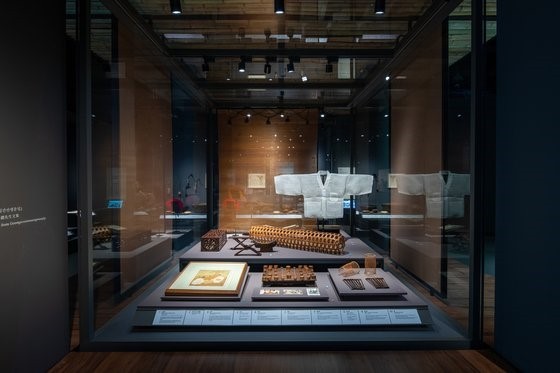 “Unlike traditional items, items from the modern and contemporary period tend to disappear quickly as society changes quickly,” Jung said.

He added that this was the reason the items also held academic value.

For instance, in one room a “ttaebae” -- a wooden raft used along the east coast of the Korean Peninsula to collect seaweed -- is exhibited as wave sounds and video are projected on the ground to make the audience feel as if they were standing on a beach looking at the floating raft.

There is also a section near the end featuring a “hanok,” or a Korean traditional house, from Yangdong Village in Gyeongju, North Gyeongsang Province.

While sitting in the hanok, visitors can view a video showing what the four seasons looked like in Yangdong Village during the Joseon era.

“Videos were shot in Yangdong Village. To show what it was like in old Korea, we did fact-checking and then also added storytelling elements to it,” Jung said. 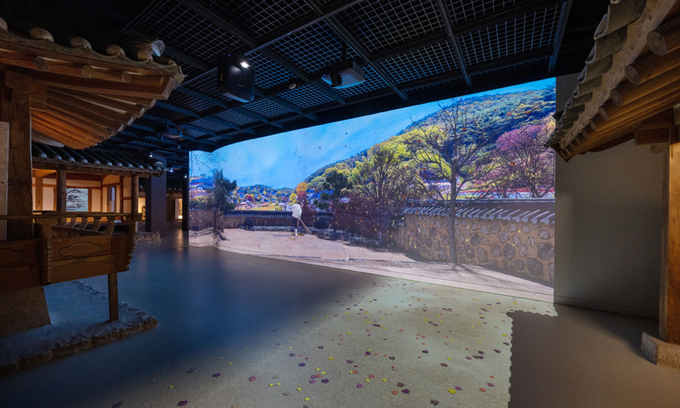 A “hanok,” or Korean traditional house, is on display at the National Folk Museum of Korea in Permanent Exhibition Hall 2. The house was moved from Yangdong Village in Gyeongju, North Gyeongsang Province, and visitors can watch videos that show the four seasons of Yangdong Village during the Joseon era. (National Folk Museum of Korea)
Another change at the museum, located in the Gyeongbokgung compound, is that the new exhibition hall is more accessible to people with disabilities.

Some of the traditional Korean items have been re-created as miniature wooden figures using a 3D printer so that blind people can touch them and enjoy the exhibition. Explanations are also provided in Braille.

Booklets with explanations in large fonts are also available in the hall.

“A Year in Korea” accepts 100 visitors per hour in compliance with the government’s social distancing rules. Reservations can be made on the National Folk Museum of Korea website. Tickets can also be bought on-site. Admission is free.