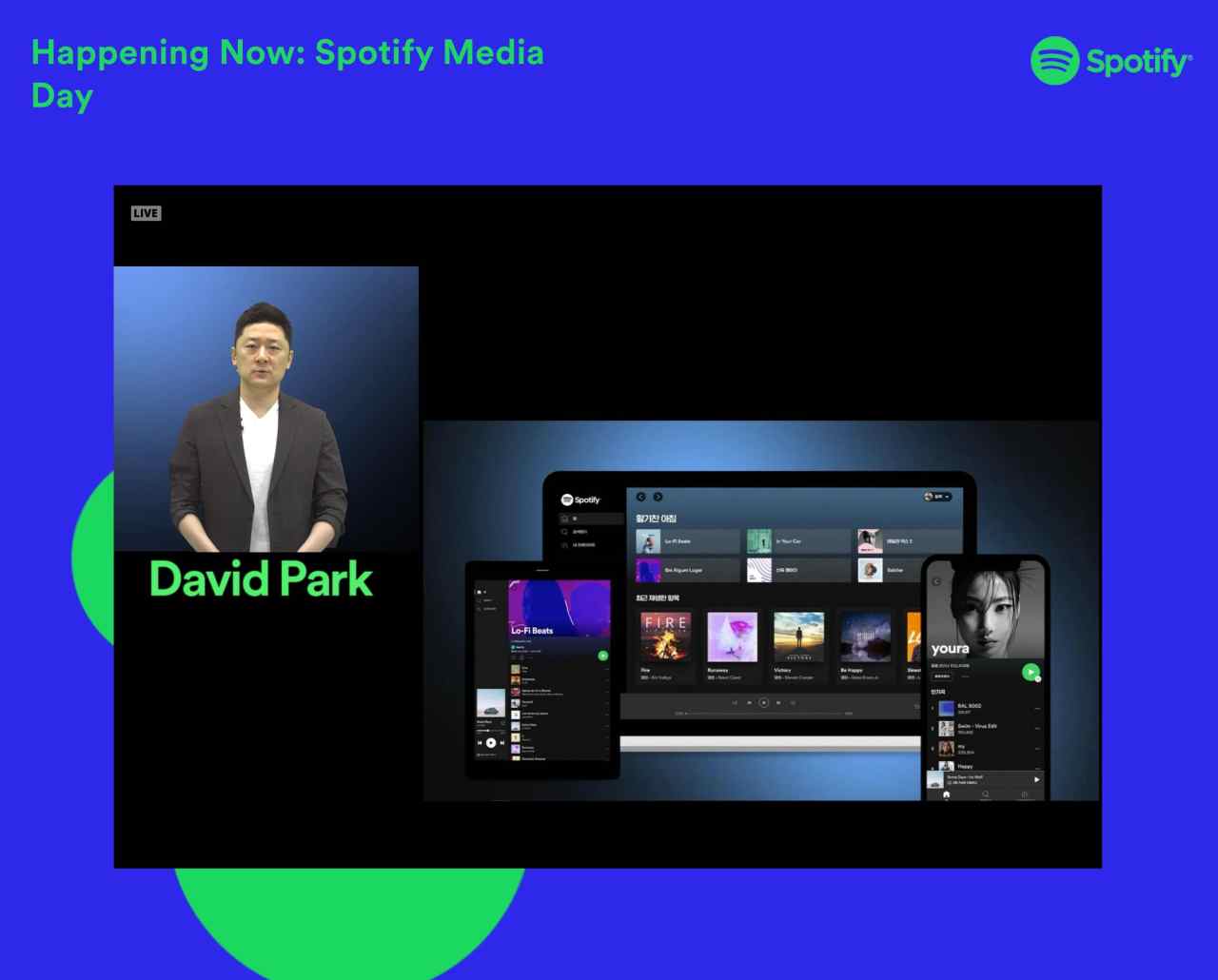 Speaking at an online press conference held a week after the launch of its services in Korea, Spotify Korea Managing Director David Park introduced two services -- Spotify for Artists and Spotify Podcast -- that can help local content creators to grow.

Spotify for Artists is a service that connects artists with their fans.

Once the artist is registered to the platform, they can find out the location of their listeners.

“For instance, the artist can make their world tour concert plan based on this information. Also, they can share their upcoming concert information and link to buy the tickets through our platform,” Park said.

Fans can also feel more connected to their favorite artists as they can find out songs that artists liked on its platform as well as receiving announcements made by the artists.

The global platform will also launch its podcast service in Korea in 2021.

“Our podcast service began in 2018 and according to our recent data 25 percent of our total global listeners used podcast content in the fourth quarter of last year,” Park said.

Park emphasized that the company is currently working with some local and global podcast and audio experts to create diverse content, including its original podcasts, for its service in Korea.

Park also added a community for local podcasters will be created after the launch.

During the conference, Park also explained about its Korean editorial team, which works on finding new artists and songs for its platform.

“Before a song is recommended to listeners through our algorithm, there is our editorial team which has to discover it first. They are would-be diamond hunters,” Park said. “These experts are from all different backgrounds like music magazines and music radio stations.”

Addressing the absence of some music tracks from local music distribution giants on its platform and why it proceeded with the service launch without them, Park said Spotify would continue to work on expanding its offerings.

“We considered diverse factors before launching our platform here. We believed that the users must try our platform (and algorithm) firsthand,” Park said. “We plan to secure more music catalog. Even now, about 40,000 new songs are being updated daily.”

Before joining Spotify, Park worked as the general manager at UberEats Korea, leading its diversification and expansion here. After graduating Korea University in 2003 with a degree in communications and journalism, he also worked for multiple content creation firms, including YouTube Korea and CJ Entertainment.

Korea is the 93rd country that Spotify has set up shop in.