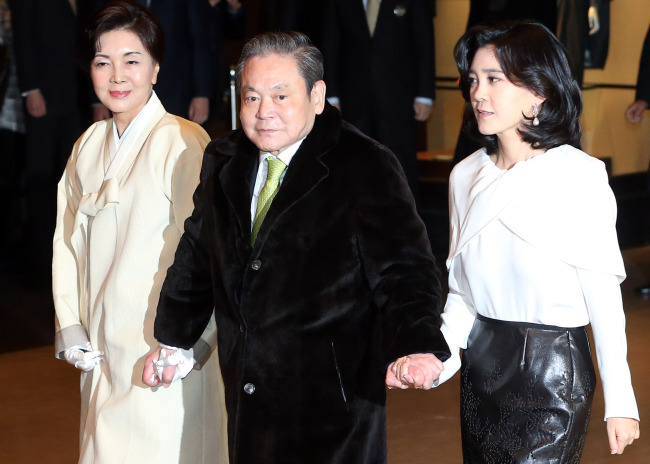 Besides being South Korea’s wealthiest and most powerful businessman, Lee, who died Oct. 25, was also an avid art collector who amassed an important collection of Korean art as well as contemporary Western works.

Some of the works in his collection are under appraisal, raising speculation that they may be sold off in the near future.

What is special about Lee’s collection?

The late Samsung chairman inherited his love of art from his father, Lee Byung-chul, the company’s founder, who began collecting art while running Samsung Trading in Daegu.

Unlike his father, who was cautious about spending on art, Lee Kun-hee created a collection that reportedly includes more than 20 National Treasures. The collection has more than 12,000 pieces, according to sources familiar with the matter, who said it consists largely of antique art and its estimated value is more than 1 trillion won ($905.07 million).

“Prices of some of the works have probably surged drastically since Lee purchased them,” an art appraisal expert who wished to remain anonymous told The Korea Herald.

Several pieces from the collection are currently under appraisal, according to local news reports, including Mark Rothko’s “Untitled” (1962), Alberto Giacometti’s “Tall Woman III” (1960) and Francis Bacon’s “Figure in a Room” (1962).

Meanwhile, the Samsung Foundation of Culture said it could not comment on the reports. “It is too difficult to make specific comments since it (the collection) is private property,” said a person in charge of public relations at the foundation. “We also learned about it through the news report.”

The appraisal process, said to have begun in December, is being conducted at Leeum, Samsung Museum of Art, in Hannam-dong in central Seoul and at a storage facility in Yongin, Gyeonggi Province. It is expected to be completed by the end of this month. 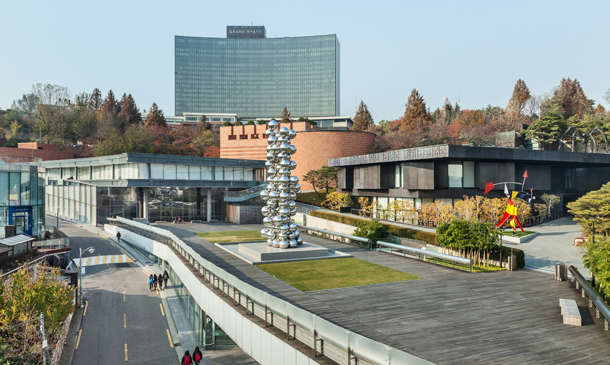 Leeum, Samsung Museum of Art (Museum’s official website)
What next?

Some local art industry experts predict that the majority of the older works art in Lee’s collection will go to museums -- including Leeum, Samsung Museum of Art, run by the Samsung Foundation of Culture. On the other hand, some of the foreign artworks may be sold through international auction houses such as Sotheby’s and Christie’s, primarily to pay the Lee family’s inheritance taxes.

The tax on Lee’s stock assets alone is estimated to exceed 11 trillion won, and heirs including son Lee Jae-yong and widow Hong Ra-hee will have to pay it in April.

Leeum, Samsung Museum of Art, offers a virtual reality tour during the pandemic. The museum has remained essentially inactive since 2017, when Hong Ra-hee, Lee Kun-hee’s wife and the former director of the museum, stepped down. (Screenshot of the Korean Traditional Art exhibition)
One art appraisal expert said it would be regrettable to see some of the priceless artworks put up for auction overseas to cover the Lee family’s inheritance taxes.

“If a museum in Korea can receive even half of the collection’s works by foreign artists, I think it can become a world-class art museum,” the expert added, alluding to the National Museum of Modern and Contemporary Art, Korea.

Hoping to keep Lee’s priceless art collection in Korea, some experts have suggested revising the tax law to allow donations of artwork as a form of tax payment.

Under the current law, only real estate and securities are recognized as alternative means of paying taxes.

In November a bill to revise the tax law was initiated by Rep. Lee Kwang-jae of the ruling Democratic Party of Korea.

The revision is crucial to ensuring people’s right to enjoy and benefit from culture, Yoon Moo-young from Rep. Lee’s office explained.

“Rep. Lee views art museums and art galleries as great schools. So there should be a policy that supports those institutions to possess valuable artworks,” Yoon said. “According to our research, the National Museum of Korea and the National Museum of Modern and Contemporary Art have around 3 (billion) to 4 billion won annual budget for new purchases. How can they purchase, for instance, an artwork of contemporary artist Lee U-fan that is usually worth more than 18 billion won?”

However, it is uncertain whether the bill will be discussed during the Assembly’s extraordinary session in February, Yoon said.

“Even if it were selected for discussion, there are numerous details that have to be decided such as the appraisal body, which institute will receive the artworks and so on,” Yoon said.

In December the Ministry of Culture, Sports and Tourism held a meeting with local art and tax experts to discuss the issue. “Since it is one of the long-pending issues of the art industry, we thought that the issue has to be given serious consideration,” Culture Ministry official Kim Ah-ra said.

“Also, this is not an issue on which the Culture Ministry can work alone,” Kim added.

Yoon from Rep. Lee’s office agreed that all concerned bodies -- such as the Ministry of Economy and Finance, the National Tax Service, the Korea Customs Service and the Culture Ministry -- should discuss the matter together.

Who should appraise the artworks?

Local art industry insiders say one of the biggest obstacles for the revised tax bill is a lack of agreement on who would be responsible for the valuation of the artworks.

A number of suggestions exist regarding this matter.

Yoon suggested that when the government discusses the matter, the roles of private associations such as the Galleries Association of Korea’s Art Appraisal and Authentication Committee should also be discussed.

“Like the US, we can also consider private sectors playing some role in the process,” Yoon added.