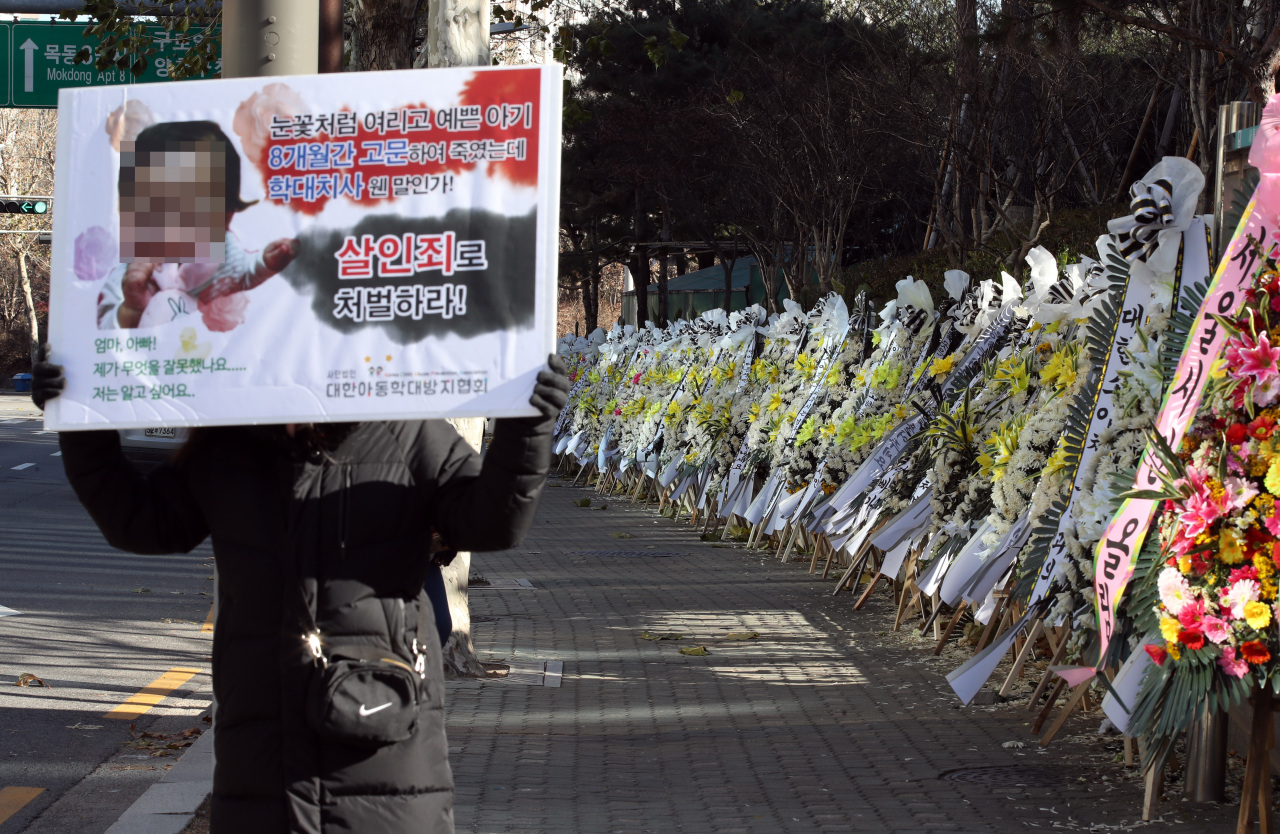 The girl reportedly died from violent child abuse that took place over nine months by her adoptive parents.

When the girl died in the emergency room at a hospital in western Seoul on Oct. 13, she had fractures across her body and her organs had suffered severe damage, including extensive damage to the pancreas and internal bleeding.

The adoptive parents are set to face trial on Jan. 13. The prosecution has indicted the mother under pretrial detention on charges of child abuse. She is accused of continuously assaulting her adoptive daughter from June to October. Both parents face charges of child neglect and abandonment.

Police officers in charge of handling the case are also facing criticism, as three separate reports of suspicions of child abuse were submitted to the police before the death of the 16-month-old.

Some 230,000 people had signed a national petition on the presidential website as of Monday calling to disclose the adoptive parents’ personal information and to charge them with murder.

The latest episode of local broadcaster SBS’ “Unanswered Questions” shed light on the tragic death of the girl on Saturday. It showed in an experiment that a female adult with a similar body shape as the adoptive mother would have to jump off a couch and land on the stomach of a lying baby to cause the type of damage the victim must have suffered.

Celebrities including BTS’ Jimin have taken part in the social media movement of apologizing to the deceased victim. There were over 1 million tweets with the same hashtag on Twitter as of Monday afternoon.