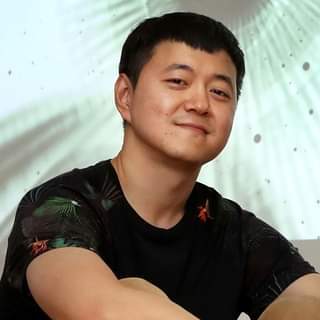 Artist Moon Joon-yong (Moon Joon-yong’s Facebook)
Criticism is rising over President Moon Jae-in’s son Moon Joon-yong, who was selected as a recipient of 14 million won ($12,600) in relief funding for artists who have been hit by the pandemic. The fund is operated by the Seoul Foundation for Arts and Culture, under the Seoul Metropolitan Government.

On Dec. 17, Moon Joon-yong’s solo exhibition kicked off at Keumsan Gallery in Seoul, reportedly with the city funding received earlier in the year. The exhibition runs until Wednesday.

The Seoul Foundation for Arts and Culture confirmed that Moon was selected as a fund recipient, but said it currently does not know how much of the fund was used for his latest exhibition.

“The money is provided not all at once, but each time the selected artist requests it,” Seoul Foundation for Arts and Culture spokesperson Hong Ji-hyeong told The Korea Herald. “The total amount has to be used up by the end of January. After we settle the accounts (in January), we can find out how much each artist actually used.”

The 4.5 billion-won artist relief fund was awarded to a total of 254 recipients in nine different fields of art and culture.

“If you are a president’s son, shouldn’t you give a chance to other artists or give it up to someone else even if you were selected through the process?” Kyungnam University professor Kim Geun-sik from the People Power Party posted on his Facebook account Monday.

Moon responded on his social media account soon after criticisms began. The artist explained that he followed the government’s application steps and was fairly evaluated. He added that the funds were used transparently.

“The money is provided through a separate account,” Moon said. “The government also checks our receipts thoroughly.”

“Also only a small amount of the fund is provided to the artists as labor costs,” Moon added.

The Seoul Foundation for Arts and Culture also emphasized the transparency of the funding process.

“Announcing the funding project, we transparently disclosed everything, from the evaluation criteria to judges. After the selection was made, we publicly announced the recipients in April,” Hong of the city-run foundation said.

Concerning criticisms over Moon receiving the maximum funding amount, the foundation said it did not make the decision on the amount to be awarded to each artist.

Hong explained that 36 artists, including Moon, received the maximum amount because that was the amount the artists requested in their applications.

“We set the range, but the artist decides how much they want to apply for. We did not adjust the amount. We only evaluated criteria such as the appropriateness and accessibility of the exhibition,“ Hong added.

Despite Moon’s explanation, the public and politicians continued criticizing the artist on Tuesday.

“Just by looking at your name, everyone in the art industry would have known that you are the son of President Moon,” an online commenter said. “Do you really think that the evaluators could choose not to select you?”

In response, Moon again refuted arguments that the funding he received should have gone to small art organizations or individuals in greater need.

“I had to cancel my exhibition because of COVID-19. As a consequence, all the galleries, curators, technicians and artists who took part in my art project were affected. These people are small art organizations and individuals,” Moon said. He added that with the funding he was able to hold the exhibition and the money ultimately went to small art organizations and individuals he worked with.

The media artist added that his application for the artist relief fund included the plan to distribute the money to small art groups.

“Even before I became the son of the president, my works were already acknowledged by people in the field,” he wrote toward the end of his Facebook post.

Since 2010, Moon has been participating in various media art exhibitions with works that employ diverse technologies. His latest solo exhibition, titled “Beyond Your Eyes, Somewhere In Between” showcases augmented reality works by positioning objects in virtual spaces created with shadows.