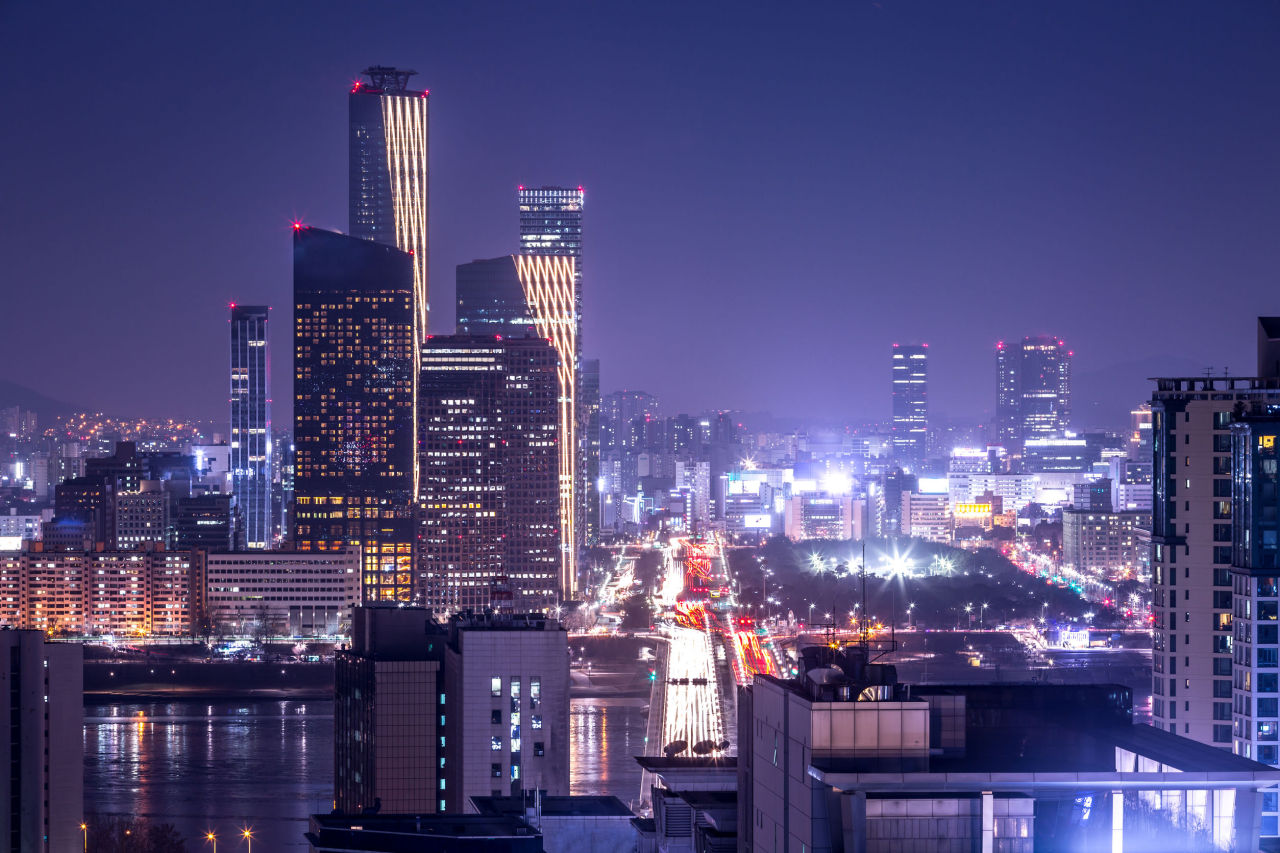 A nightscape of a financial district in Yeouido, Seoul (123rf)
Companies going public this year in South Korea have fetched more than a combined 5 trillion won ($4.6 billion) in proceeds from their initial public offerings on the local stock market, filings showed Monday, as they took advantage of windfalls from stock rallies throughout this year on high market liquidity.

The combined IPO proceeds of 66 companies listed this year as of Monday came to 5.17 trillion won, excluding the special purpose acquisition companies, respective prospectuses showed. The figure already beat those of the total annual IPO proceeds of 2018 and 2019. The Korean stock market raised 7.8 trillion won in 2017 IPOs.

Of the 66 listed firms, 10 are trading on the main Kospi board, while the remaining 56 went public on the development Kosdaq board.

The listing of real estate investment trusts also propelled the IPO market so far in 2020. JR Global REIT’s 485 billion won IPO was one of the five REITs to go public on the Kospi. The bourse is also anticipating a 357.3 billion won IPO of ESR Kendall Square REIT for its listing later in December.

The bullish performance comes in sharp contrast with the bleak prospect of the reeling IPO market in March, as fears of the global coronavirus pandemic peaked. Korea saw zero IPOs in March and April.

But as the pandemic situation led to expansionary monetary policies and boosted market liquidity across the globe, the stock market, along with the IPO market, began to gather steam.

Circumstances have also boosted performance of securities brokerage firms -- dedicated to trading listed stocks and underwriting IPO deals. According to data from the Financial Supervisory Service, the combined net profit of 56 securities firms under its supervision reached 2.2 trillion won, up 19.3 percent on-year, during the third quarter.