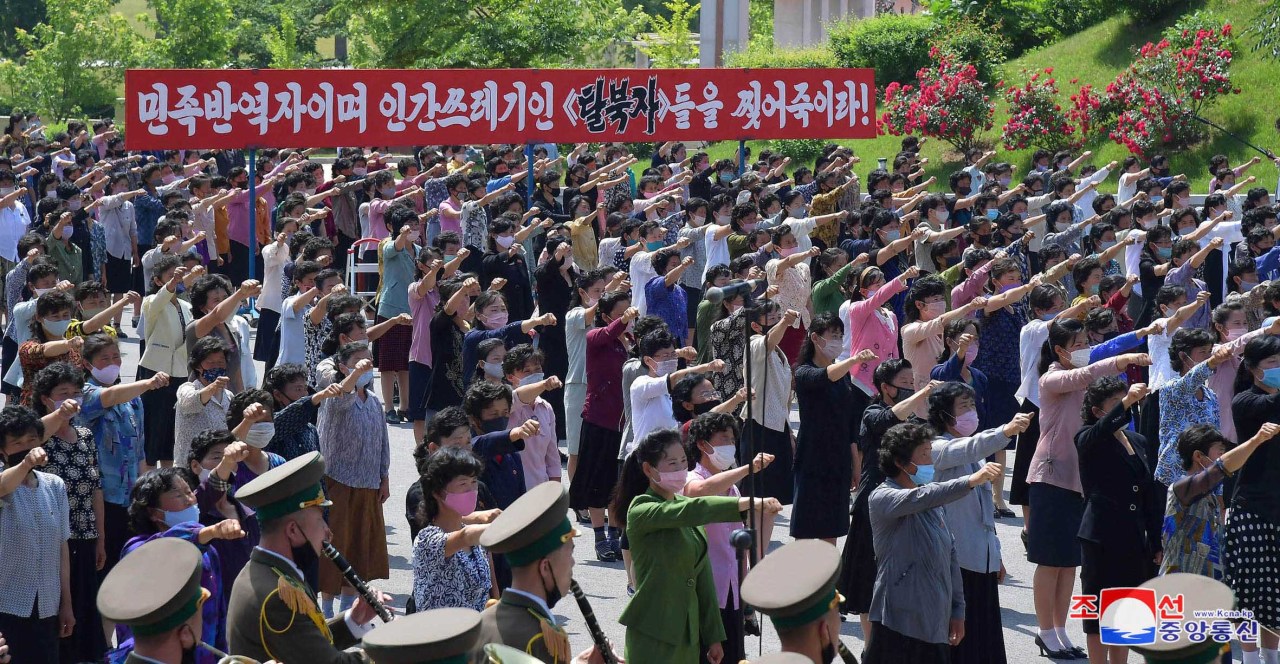 (KCNA-Yonhap)
North Korea will take its next step against South Korea, for what it claims to be Seoul's betrayal and crimes against the communist state, it said Saturday, adding that its army has been entrusted to plan and take any necessary action.

"I feel it is high time to surely break with the South Korean authorities. We will soon take a next action," Kim Yo-jong, first vice department director of the Central Committee of the Workers' Party of Korea (WPK), said in a statement carried by the North's Korean Central News Agency.

"By exercising my power authorized by the Supreme Leader, our Party and the state, I gave an instruction to the arms of the department in charge of the affairs with enemy to decisively carry out the next action," the statement said.

She added, "the right to taking the next action against the enemy will be entrusted to the General Staff of our army."

The statement came about a week after Yo-jong threatened to cut off all communication with South Korea and scrap a military agreement aimed at reducing tension between the separated Koreas, citing South Korean activist groups and North Korean defectors sending anti-Pyongyang propaganda leaflets into the North.

"Clearly speaking, the South Korean authorities will be forced to pay a dear price if they let this situation go on while making sort of excuses," she said in a statement released on Thursday.

Pyongyang stopped answering any attempt by South Korea to hold talks at least since Tuesday, despite Seoul's announcement of plans to legislate a ban on the sending of leaflets.

"Getting stronger day by day are the unanimous voices of all our people demanding for surely settling accounts with the riff-raff who dared hurt the absolute prestige of our Supreme Leader representing our country and its great dignity and flied rubbish to the inviolable territory of our side and with those who connived at such hooliganism, whatever may happen," she said in her statement.

Kim said the North Korean army will determine its next move that will cool down "our people's resentment and surely carry it out."

"It is better to take a series of retaliatory actions, instead of releasing this kind of statement, which those with bad ears may miscalculate as the "one for threatening" or from which they can make any rubbishy comments on our intention as they please," she said.

Kim's statement came one day after the head of the North's United Front Department said the North has lost all confidence in the South Korean government and warned of "regretful" and "painful" times ahead for Seoul.

"I fully sympathize with the statement released by the director of the United Front Department of the Central Committee of the WPK yesterday," Kim said in her statement.

"If the South Korean authorities have now capability and courage to carry out at once the thing they have failed to do for the past two years, why are the north-south relations still in stalemate like now," she added. (Yonhap)