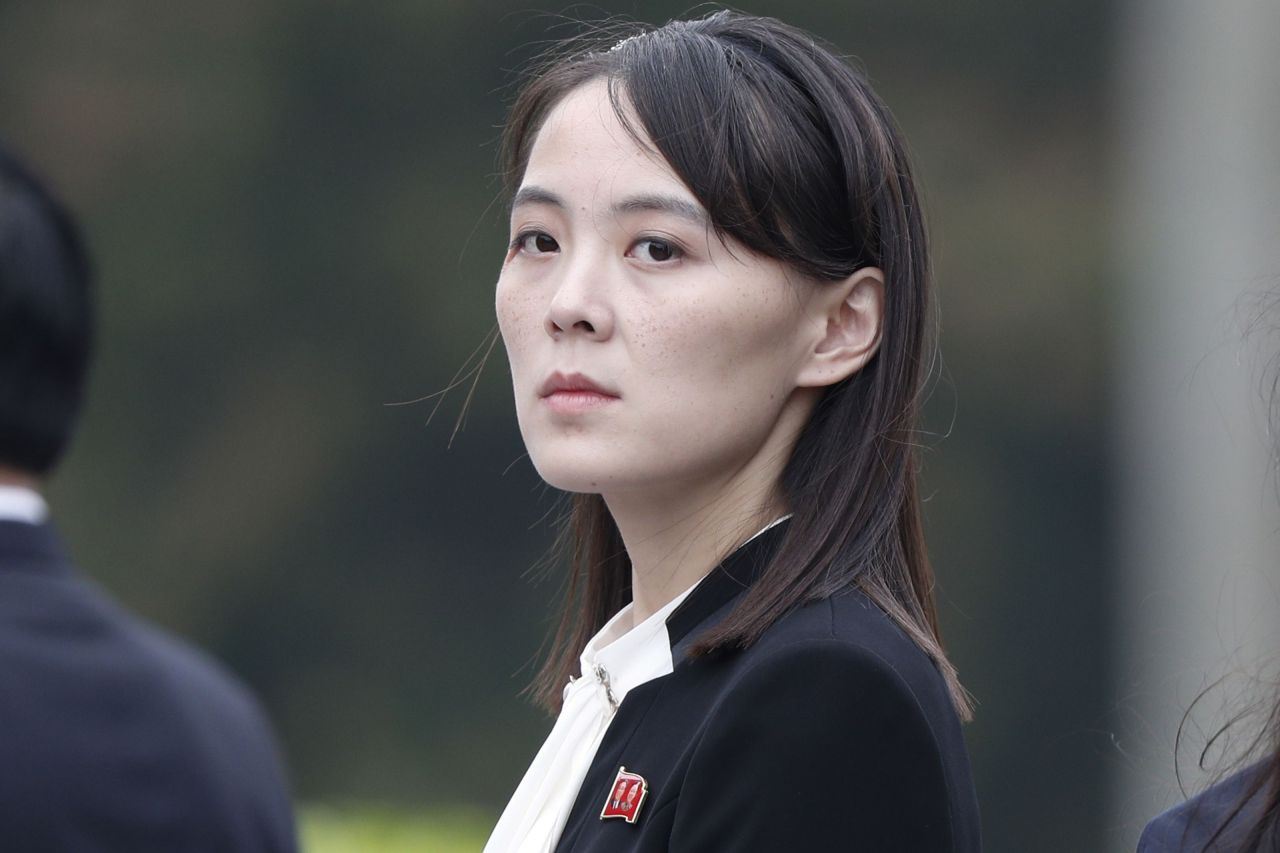 Last week, Kim Yo-jong issued a harshly worded statement, denouncing a campaign by North Korean defectors and other activists in the South to send anti-Pyongyang propaganda leaflets into the communist nation as a hostile act running counter to a series of peace agreements between the two sides.

Should the South fail to stop such leaflet-sending, she warned, the North will not only shut down the liaison office but also scrap a military tension-reduction agreement and completely dismantle a joint industrial complex.

In response, the South promised to ban such activities, but the North's United Front Department still vowed a day later to put her threats into action, confirming she is the North's top official handling inter-Korean issues.

It was the sister's third statement issued this year. Her first statement, issued in early March, lashed out at the South for taking issue with short-range rocket launches, claiming such firings are part of self-defense.

Such hard-line statements were in stark contrast with a conciliatory image that Kim Yo-jong built when she visited South Korea as a special envoy to attend the 2018 PyeongChang Winter Olympics. The trip led to a series of breakthroughs, including three inter-Korean summits and the first-ever summit between the North and the United States.

Experts view the latest threats from Pyongyang as aimed at stoking division in South Korea and also partly intended to raise Kim Yo-jong's political status in North Korea by placing her at the forefront of key policy decisions.

"The Kim regime clearly aims to stoke division in the South and appears to be elevating Kim Yo-jong in North Korean politics," said Leif-Eric Easley, an associate professor of international studies at Ewha Womans University in Seoul.

"Kim uses his sister, who was a special envoy for North Korea's smile diplomacy during the 2018 Winter Olympics, to threaten the minimal foundation that remains of inter-Korean cooperation on which South Korean progressives hope to build," he added.

Last year, the leader's sister also delivered her brother's condolence message through the truce village of Panmunjom over the death of Lee Hee-ho, the wife of late former South Korean President Kim Dae-jung known for his "sunshine policy" of engaging North Korea.

Kim Yo-jong's official title is first vice department director of the Central Committee of the ruling Workers' Party, but she has been long regarded as the de facto No. 2 and one of the closet aides to her brother.

She was even speculated to take over as leader when Kim Jong-un was rumored to have been serious ill.

Given her recent active involvement in policymaking and hard-line statements, experts believe that her role appears to be far beyond her official job title, with her authority apparently encompassing many government organizations, rather than just delivering the leader's ideas.

A case in point is the unprecedented strong follow-up nationwide support rallies for her positions, which experts said have usually been reserved for the leaders.

Since last week's statement by Kim Yo-jong, North Korean state media outlets have reported on large-scale demonstrations denouncing leaflet-sending and high-ranking officials' support for her stance, including a deputy premier, who far outranks her.

"Look at the response by people and support rallies reported by North Korea's official Rodong Sinmun, which have been almost unheard of before and only reserved for the leaders," Hong Min, a research fellow at the Korea Institute for National Unification, said.

He also said that North Korea appears to have realized that statements issued almost daily late last year blasting South Korea and the US have not had their intended impact and seen the need to unify behind one of the most powerful people in its country.

"The North Korean leader appears to have changed his strategy by putting Kim Yo-jong at the forefront and making her handle a lot of things in a way that does not distract from the message," he added. "She seems to be not just delivering her brother's message but making her own message as the de facto No. 2 getting involved in almost all affairs." (Yonhap)