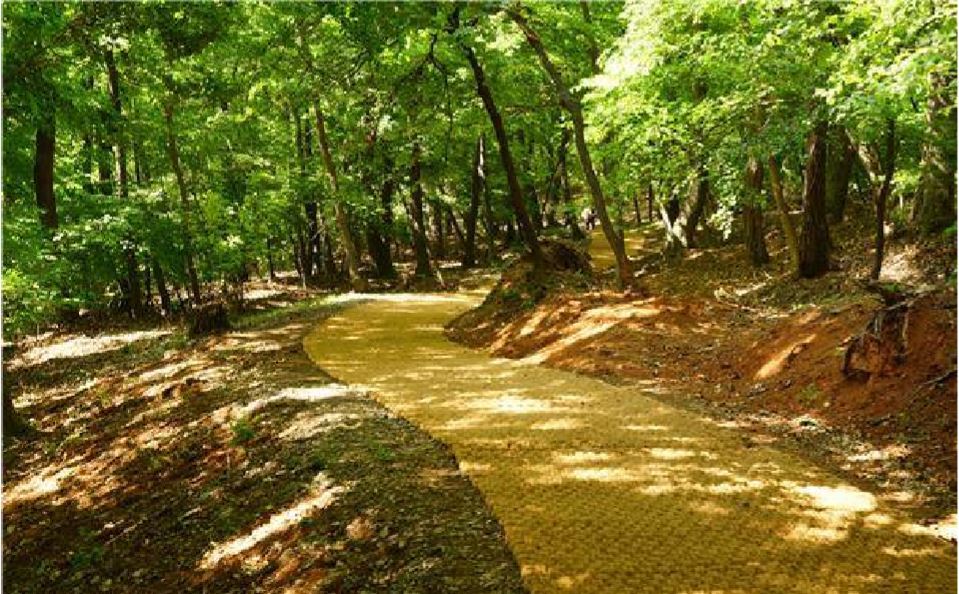 A trail runs between royal tombs Huireung and Wonreung in Guri, Gyeonggi Province. (CHA)
The Cultural Heritage Administration on Thursday announced that nine forest trails inside compounds of Joseon era royal tombs will be open from Saturday to June 30.

The nine trails include two tracks near “Donggureung,” also known as “East Nine Royal Tombs” in Guri, Gyeonggi Province. The CHA also emphasized that this is the first opening of the 1.4-kilometer trail between royal tombs Huireung and Wonreung.

The route was originally set to open in the second half of the year after the renovation of its facilities. However, the CHA said it decided to open the trail to the public first and make modifications to its facilities based on visitor feedback.

According to the CHA, while visitors to the royal palaces and Jongmyo, the oldest royal Confucian shrine, decreased by 57.2 percent from Jan. 1 to April 30 compared to the same period last year, visitors to the royal tombs of the Joseon era increased by 42.4 percent, from 621,387 to 884,642. The administration believes that the increase is due to people considering the sites as a place to relax in nature.

In observance of COVID-19 guidelines, the operators of the site will ensure that visitors keep at least a distance of 2 meters from each other. Visitors are only allowed to use a one-way trail. When using facilities such as washrooms, they must wear masks. The CHA also ordered all staff of the site to wear masks and to install hand sanitizers at the entrance.