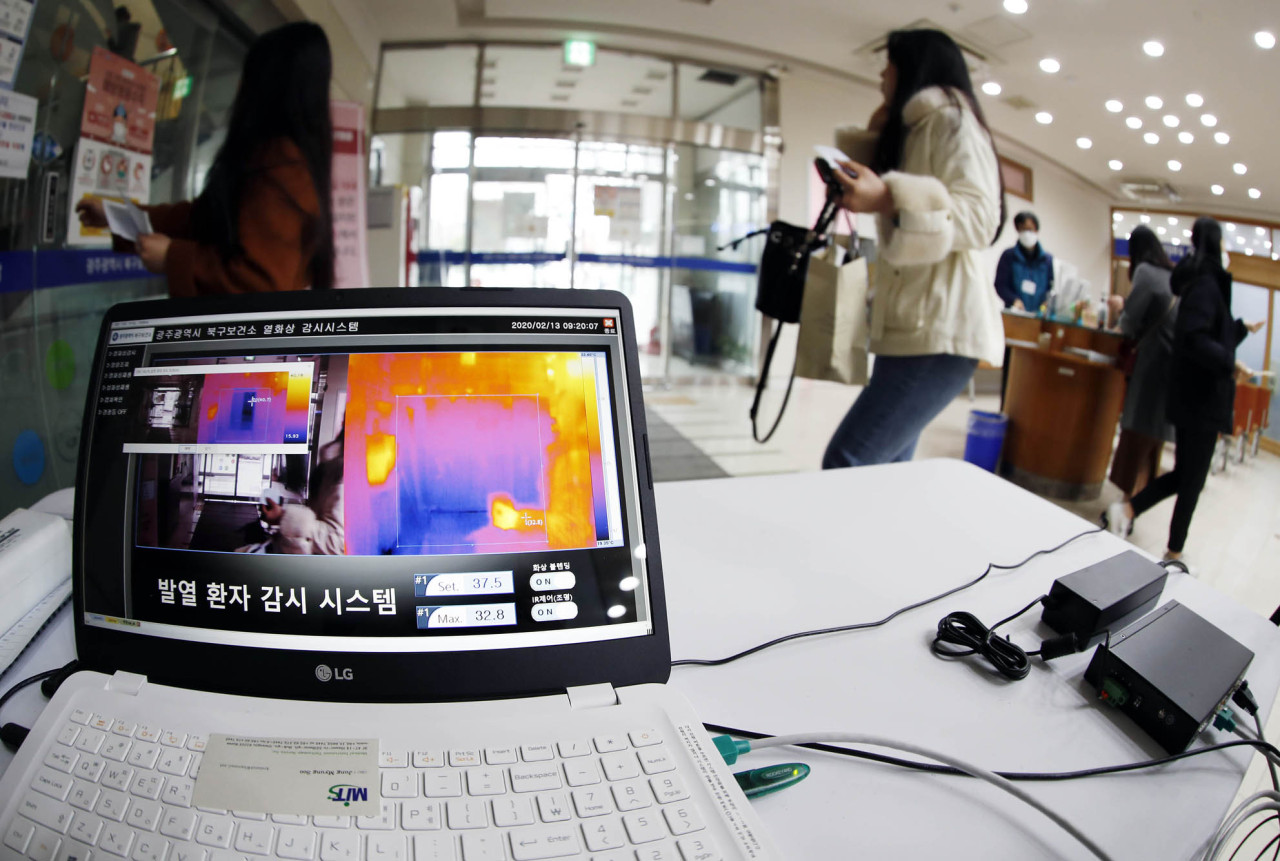 (Yonhap)
All South Korean patients infected with the new coronavirus are in stable condition, with two or three of them likely to be discharged from hospitals soon, health authorities said Thursday.

Korea has 28 cases of the virus, now called COVID-19, with no new case reported Thursday. Of them, seven patients have fully recovered and were declared free of the virus.

“Elderly patients or those with underlying diseases need to use anti-virus medicine actively … but young and healthy patients are showing progress in recovery without any special treatment,” Vice Health Minister Kim Kang-lip said.

The number of people being checked for COVID-19 under quarantine came to 670, down from 785 on Wednesday, the Korea Centers for Disease Control said.

The 147 evacuees from the Chinese city of Wuhan, who arrived here Wednesday, all tested negative for the virus, the KCDC added.

They are the third batch of people airlifted by the Korean government from the epicenter of the virus outbreak. They are currently under quarantine at a temporary shelter in Icheon, Gyeonggi Province, for 14 days of monitoring until the incubation period ends.

On Thursday, the government also announced its guidelines for treatment of COVID-19, which was agreed on by local infectious disease experts, including those currently treating patients infected with the virus.

Under the proposed protocol, doctors can give the anti-HIV medication Kaletra twice a day to those who show severe symptoms of the coronavirus. Korea’s third patient was released from a hospital Wednesday after being administered with Kaletra.

Meanwhile, the Ministry of the Interior and Safety said it has launched a task force to monitor 606 people in self-quarantine systematically and is developing a smartphone application, which will enable quarantined people to update civil servants on their health conditions through text messages. Officials are currently checking on their condition twice a day via phone.

The ministry aims to run a pilot program for the app in mid-March and to use it in case of future epidemics.

Deputy Prime Minister and Minister of Education Yoo Eun-hae urged universities to deal with the novel virus thoroughly as students are set to embark on their first semester of the year.

She asked universities to put effort into reducing discrimination against Chinese students on campus.

“Chinese students registered to Korean universities are subjected to protection from the government and the universities. They are all our students,” Yoo said.