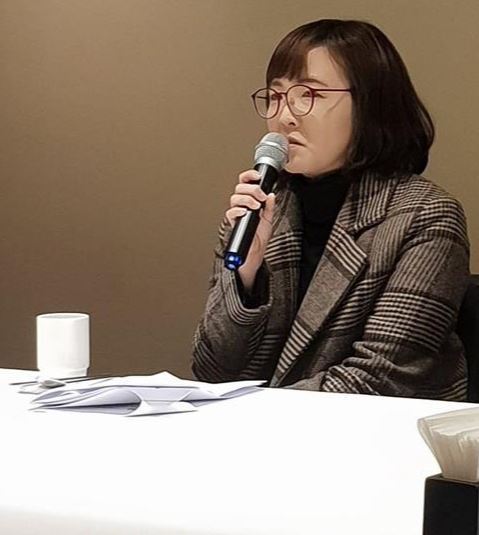 “We apologize to everyone who was hurt and disappointed by this issue,” Munhaksasang CEO Lim Ji-hyun said in a statement. “We now realized that the biggest problem was our lack of awareness of copyrights.”

Lim also added that the publishing company had decided to cancel this year’s awards and amend the problematic three-year exclusive copyright clause in its contract, seeking only the non-exclusive right to publish the works for one year.

The copyright controversy came to the fore last month when three writers -- Kim Geum-hee, Choi Eun-yeong and Lee Gi-ho -- refused to accept their runner-up awards to protest what they considered the unfair terms of the Yi Sang Literary Award contract. The writers pointed out that the winners, under the terms of the contract, must agree to transfer their copyrights over the winning works to Munhaksasang for three years.

The problem worsened when last year’s top-prize winner, Yoon Yi-hyung, tweeted Friday that she had quit writing, saying she was ashamed of having accepted the Yi Sang Literary Award.

“I would like to return the Yi Sang Literary Award. It is because I recently realized that there was an injustice,” Yoon said on social media. “But it is impossible to return the award now, so I decided to end my writing career as I see that this is the only way to demonstrate my complaint.”

The Yi Sang Literary Award was launched in 1977 by Munhaksasang. The prize is named after an early 20th-century writer also known as Kim Hae-gyeong, acclaimed for his groundbreaking works.