Guy Snodgrass, former chief speechwriter and communications director to former US Defense Secretary James Mattis, made the revelation in his new book, "Holding the Line: Inside Trump's Pentagon with Secretary Mattis," as he recounted a meeting between Trump and his national security team at the Pentagon in July 2017.

According to Snodgrass, Trump repeatedly questioned the value of stationing US troops overseas and asked top officials, including then-Defense Secretary Mattis and then-Secretary of State Rex Tillerson, whether the troops could be withdrawn from countries such as South Korea, Japan and Germany. 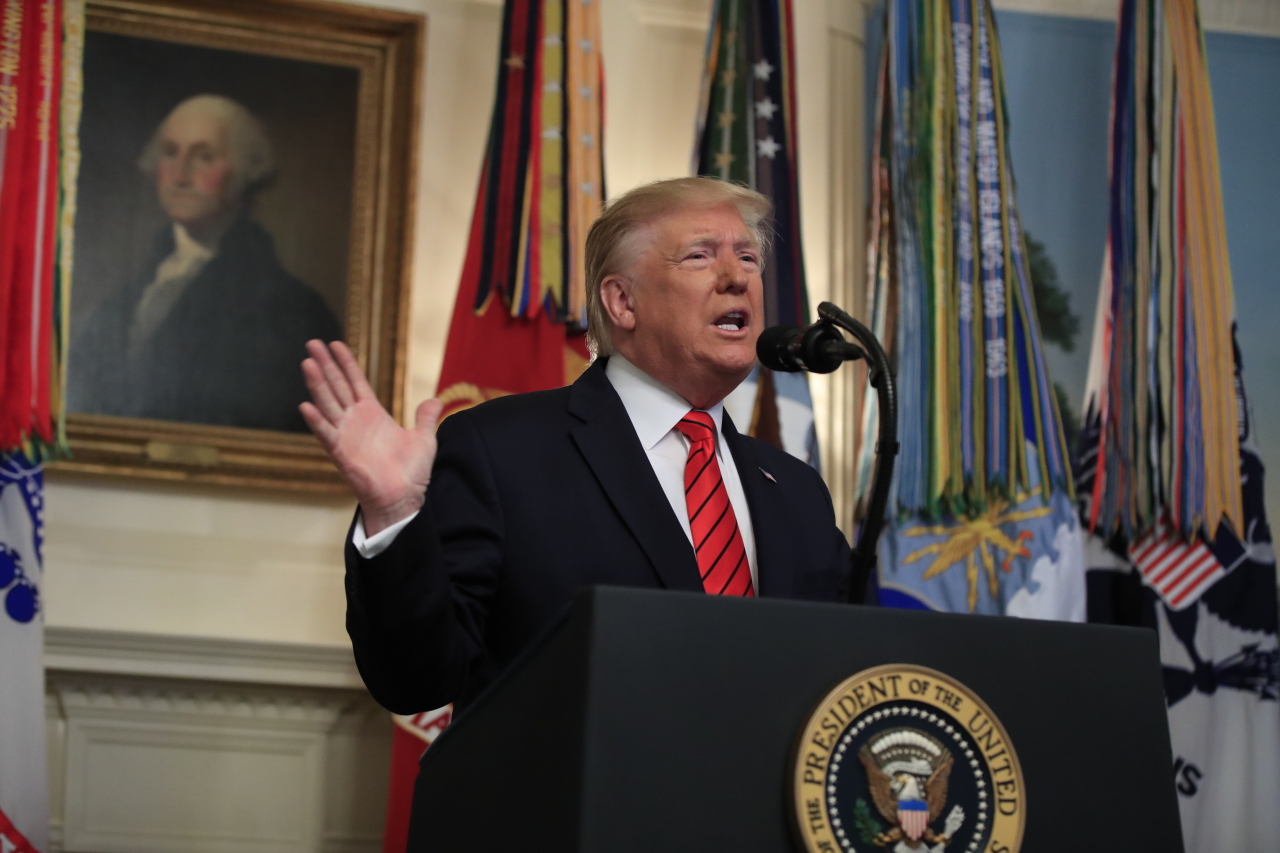 US President Donald Trump (AP-Yonhap)
"It's a losing deal!" Trump was quoted as saying. "If (South Korea) paid us $60 billion a year to keep our troops overseas, then it's an okay deal."

The US currently stations some 28,500 troops in South Korea to deter North Korean aggression. The troop presence is also seen as countering China's military rise in the region.

South Korea has shouldered part of the cost of the troops' upkeep, agreeing to pay $870 million this year. Seoul and Washington recently began negotiations to renew the cost-sharing deal for next year, with reports saying the US wants South Korea to pay $5 billion.

Trump blasted South Korea at the meeting, according to Snodgrass.

"South Korea has been a major abuser," he said, the author wrote. "China, South Korea ... they both rip us off left and right."

Gesturing toward the slides that Mattis and his team had prepared to demonstrate the importance of global relationships, Trump also allegedly remarked: "I look at these slides and think, 'Wow, that costs us a lot of money.'"

Snodgrass also described the surprise inside the Pentagon when Trump announced his decision to suspend joint military exercises with South Korea in the wake of his first summit with North Korean leader Kim Jong-un in Singapore in June 2018.

"Trump said, 'We will be stopping the war games, which will save us a tremendous amount of money,'" the author recalled of the president's news conference following the summit.

In his own words, Snodgrass continued: "It was an alarming, and seemingly ad hoc, decision. He caught the Pentagon flat-footed."

"And it turned out that Trump hadn't even gotten what he'd hoped for in return for this deal," he wrote. "A reporter's very next question to Trump revealed that the joint statement signed by North Korea didn't mention the 'verifiable or irreversible denuclearization' of North Korea. We had traded necessary troop exercises for a verbal assurance by an authoritarian dictator." (Yonhap)