In a meeting with executives and employees of the battery maker, Moon remarked that Samsung represents South Korea in the global market, praising it for its tireless efforts to elevate the global status of both the conglomerate and country. 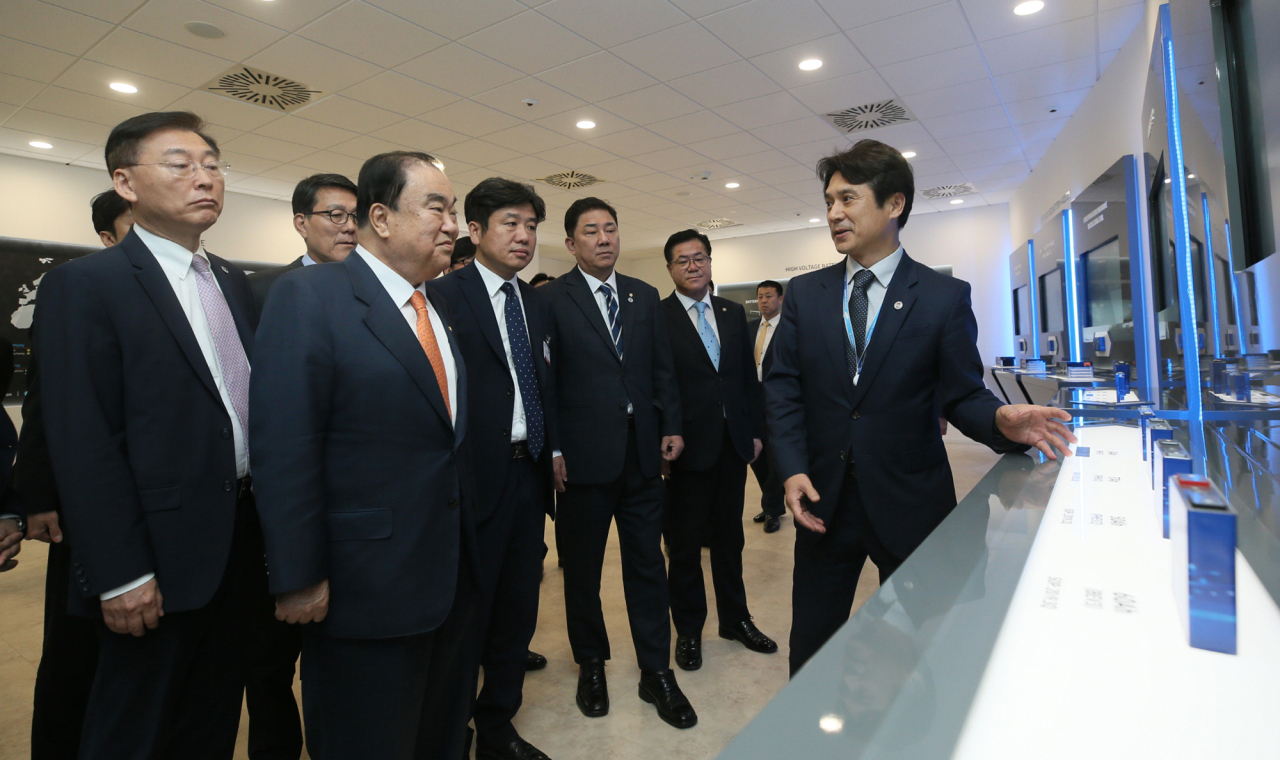 Samsung SDI’s plant, located 35 kilometers north of Hungary’s capital Budapest, has been mass-producing batteries for electric cars since last year. It supplies batteries for European carmakers such as BMW and Audi.

According to the company, Hungarians account for 65 percent of the 2,400-strong workforce.

Moon is currently on a trip visiting Slovakia, Hungary, and Kazakhstan. He will attend an annual meeting of parliamentary speakers from European and Asian countries, to be held at Nur-Sultan, capital of Kazakhstan, on Tuesday.