The event, titled “Sharing Songpyeon with S-Oil,” was attended by CEO Hussain A Al-Qahtani, along with some 100 executives and employees of the firm.

They made songpyeon, a type of rice cake eaten during Chuseok, and donated food as well as gift sets consisting of groceries and daily necessities to 800 low-income families in the Mapo district. 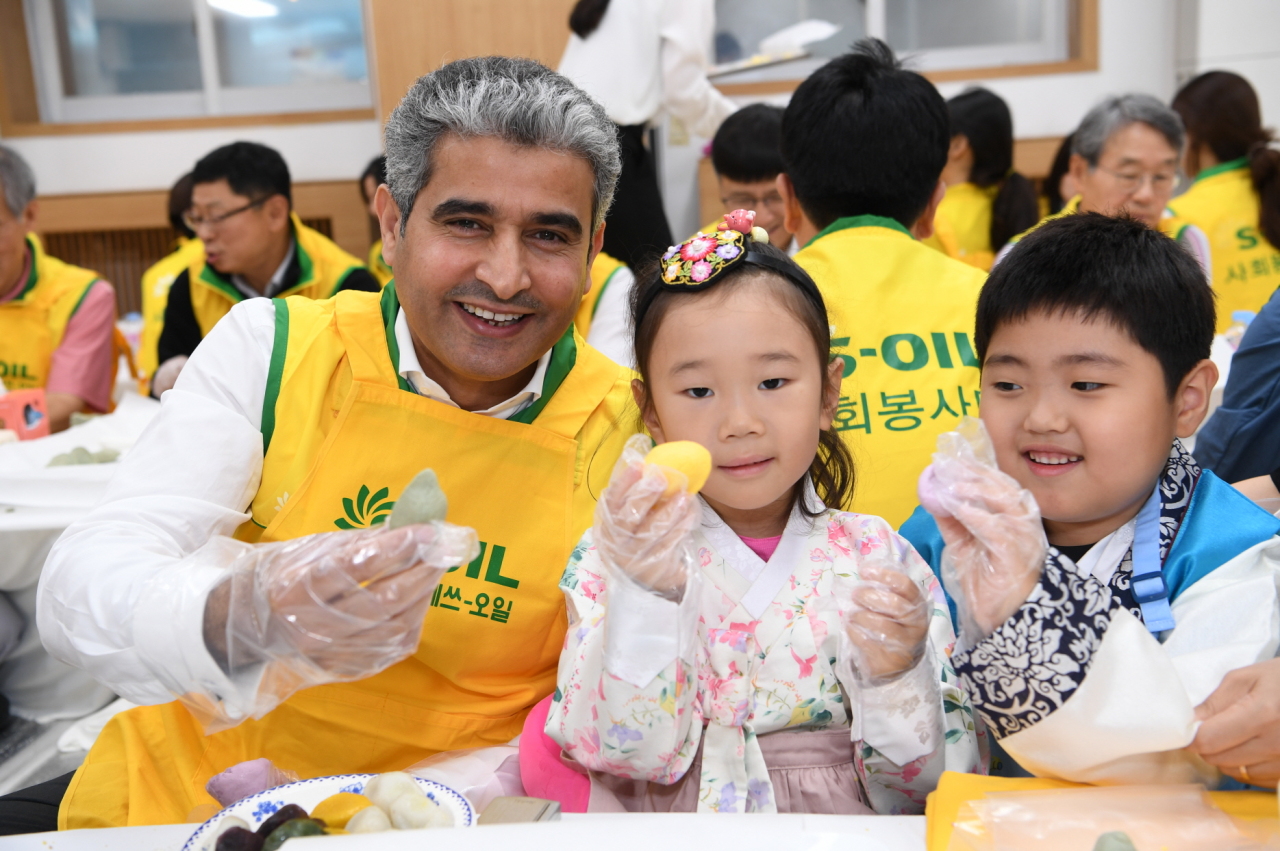 S-Oil CEO Hussain A Al-Qahtani (left) makes songpyeon with children during a charity event in Seoul on Wednesday. (S-Oil)
According to the firm, the event was CEO Al-Qahtani’s first volunteer activity here since he became S-Oil’s CEO in June. He was previously the president and CEO of Saudi Aramco Shell Refinery from 2016.

Al-Qahtani said, “Our society will be a better place to live in if people express and practice inner goodness,” adding that he would continue to make efforts to help those in need.

Since 2007, S-Oil has engaged with local communities, such as by sharing tteokguk -- Korean rice cake soup -- on New Year’s Day, the firm said.