[ The Korea Herald – Send E-mail ]
[Weekender] Going vegan on the face
Vegan beauty brands seek to provide an ethical alternative
By Im Eun-byel
Published : Aug 23, 2019 - 09:54
Updated : Aug 23, 2019 - 09:56
The vegan way of life is not limited to diet or eating but encompasses the full spectrum of a person’s life choices, including things like skin care and cosmetics.

With more consumers opposing animal testing and the use of animal-derived ingredients, a number of vegan beauty brands have popped up in recent years. 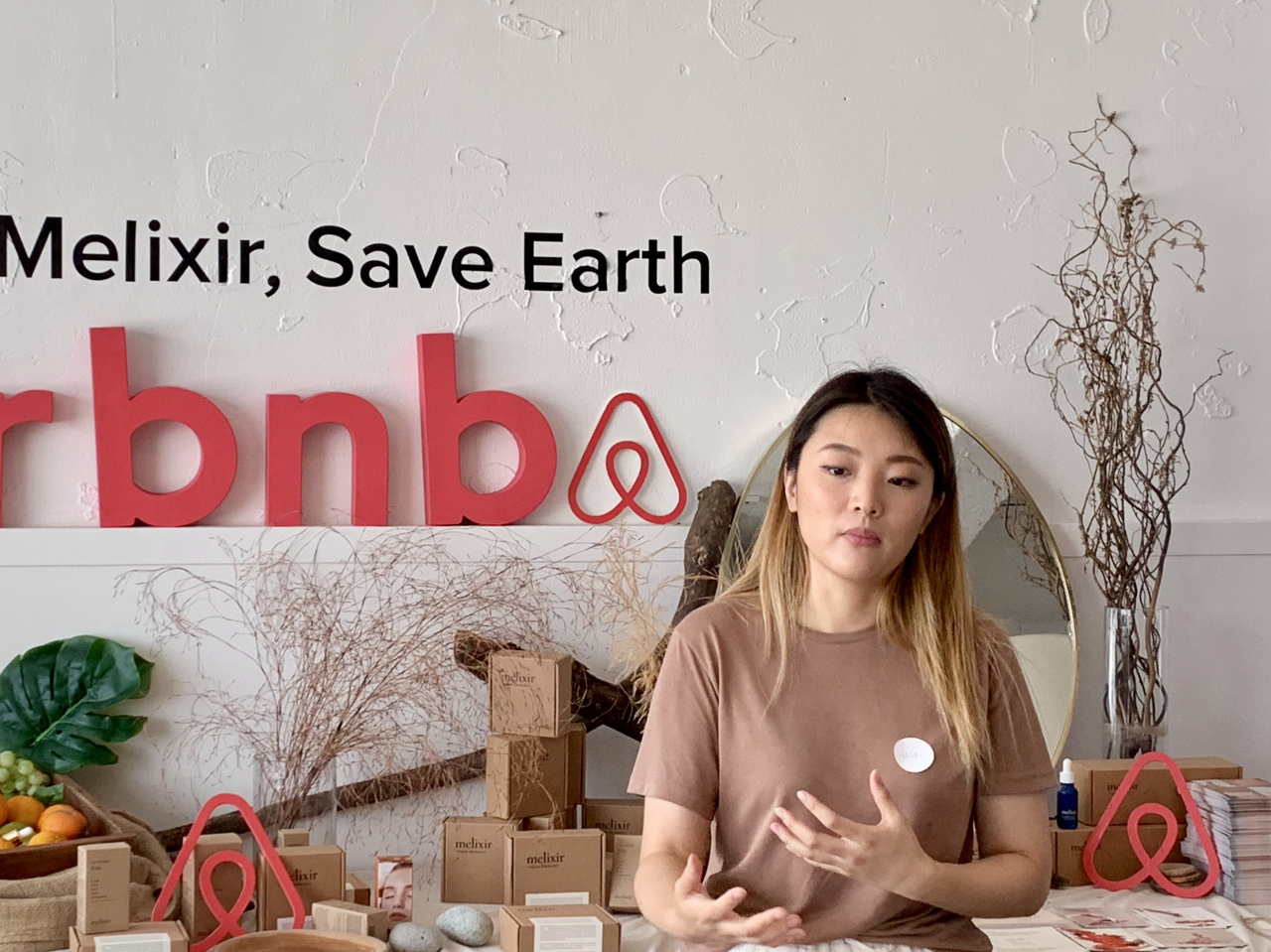 Lee Ha-na, founder and CEO of vegan skin care brand Melixir, speaks during a press event arranged by Airbnb on Aug. 16 at the brand’s showroom in Itaewon, central Seoul. (Im Eun-byel/The Korea Herald)
To qualify as vegan, a cosmetics maker must not use any animal products or by-products. Animal testing is out of the question too.

South Korea, a country that is keen on keeping up with the latest beauty trends, has recently seen an expansion in its vegan beauty market. More local vegan beauty brands are eager to promote themselves as ethical alternatives. 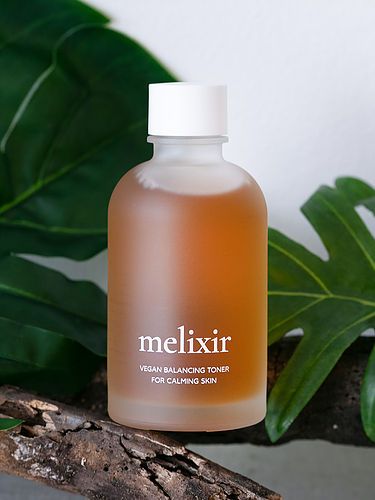 Vegan balancing toner (Melixir)
Melixir is a vegan skin care brand founded in August 2018. Lee Ha-na, the founder and CEO, worked for a cosmetics company based in the US for four years.

“I became frustrated with how cosmetics companies come up with marketing strategies even before deciding on the products. They consistently launch new products, telling consumers they need more and more,” Lee said at a recent press event arranged by global home-sharing platform Airbnb.

“I wanted to focus on values for the greater good -- for instance, creating a sustainable environment,” she said.

Since there are already successful US brands that produce vegan makeup, Lee decided to take a chance in another direction, launching a vegan skin care line.

“K-beauty is represented by flawless skin. Though Melixir does not herald about being a Korean brand, I thought we should focus on skin care, reflective of the market trend,” Lee said.

According to Lee, the brand’s most loyal customers are vegans. But it has nonvegan customers too, who buy the products because they love animals. To communicate with potential consumers, the brand occasionally hosts vegan parties at its showroom in Itaewon, central Seoul. 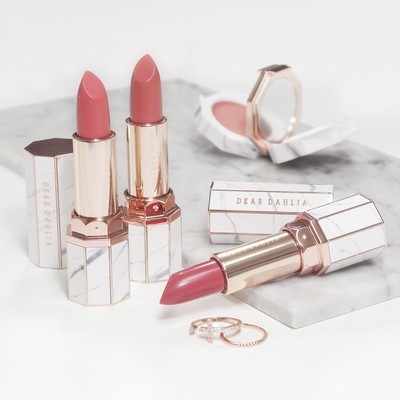 Lipsticks by Dear Dahlia are popular for their marble-patterned cases. (Dear Dahlia)
Another leading brand on the market is Dear Dahlia, owned by startup Baram International.

Dear Dahlia bills itself as a “prestige vegan beauty brand” inspired by dahlia flowers. The brand promotes clean beauty and holds that makeup should not compromise on functionality.

Unlike Melixir, it focuses more on makeup products, from lipsticks and eye shadows to blushers. Aside from its appeal as a vegan beauty brand, it also offers marble-patterned cases that young consumers love.

“We realized that conventional animal derivatives are not needed to create high-performance makeup products. It took more time and effort, but it was possible,” said Alice Heo, who is in charge of public relations for the brand.

Dear Dahlia retails in seven countries and its products are available from the upscale department store Galeries Lafayette in Paris. According to Heo, the brand enters a new country every two months.

“Vegan beauty is definitely an idea that generates more interest overseas, especially from the US, South America and Arab countries,” Heo said. “But we are sure that Korea’s interest in vegan beauty has been growing rapidly.

“Customers who like our brand are not necessarily vegans, but those who have pets and love animals,” she said.

Even so, vegan beauty still has yet to become a mainstream trend. Korean cosmetics giant Amore Pacific has been talking about the need to go cruelty-free for years. It officially banned animal testing in 2013.

But the company was not so successful with its vegan skin care label Gaondodam, and had to shut it down in 2018.

“Vegan beauty is not a sector high in sales. We do have products that are created with good ingredients but certification is an issue, so they are not labeled as vegan products,” an official from the firm said.

Chicor, a beauty brand owned by retail giant Shinsegae, has few vegan products in its lineup.

“We do not keep track of vegan beauty brands or items. Organic may be a trend, as customers are sensitive about ingredients. But vegan has not been a major trend yet,” an official representing the franchise said.

But Lee Ha-na of Melixir is sure that vegan beauty can become something bigger in the future.

“We are sure because it is the right thing. It is about creating a better environment, protecting the animals. Vegan beauty will be the mainstream. It just needs some time,” she said.