Trump, known as a fashion enthusiast, arrived in Korea with US President Donald Trump last Saturday. During a forum held Sunday to discuss gender role issues at Grand Hyatt Seoul, she sported an ivory coat-style dress. 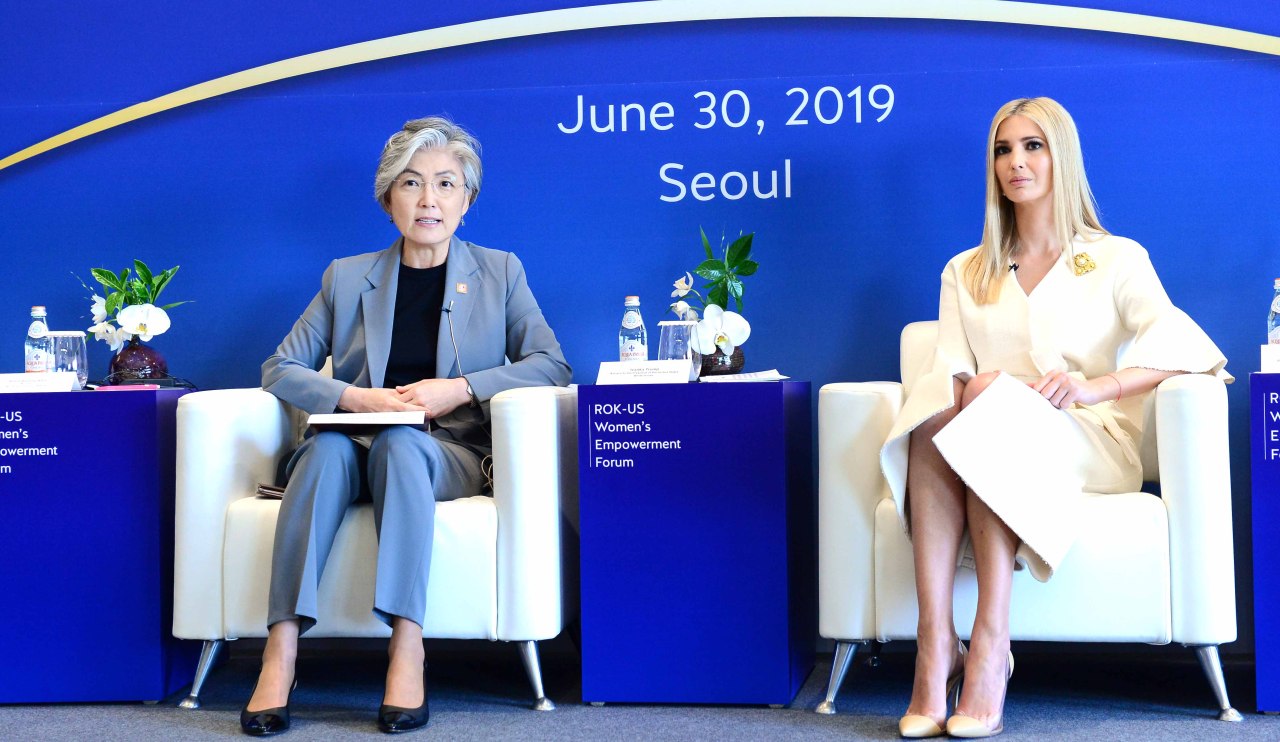 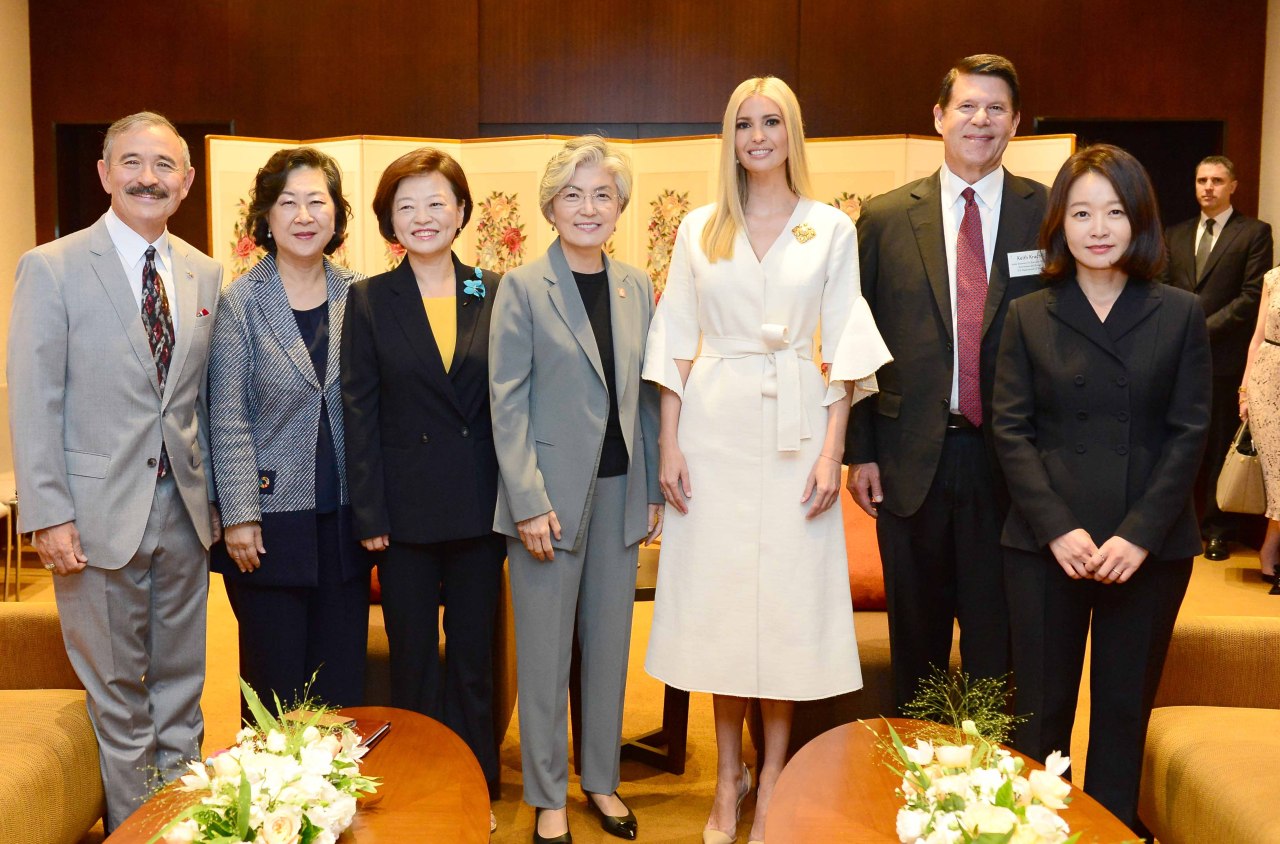 The dress’ highlight is the elegant ruffle details on the sleeves. According to the design note, the ruffles were made with chiffon and tweed bonding, creating a simple yet lovely look.

Ivanka Trump matched her ivory-color heels and a golden broach with the dress, perfecting an elegant first lady style.

According to the label, the first daughter purchased the dress herself from luxury goods online shopping website Farfetch a few days before the visit. Designer Jong said she was surprised to see her name on the purchase list.

Choosing a local designer’s creation for a visit to another country is a classical fashion diplomacy strategy, practiced by many political or business figures.

In 2012, Jong launched the label. Goen.J is distributed through online and offline select shops spread out across more than 20 nations, including Opening Ceremony, Harvey Nichols, Yoox and more. The label will soon open a flagship store in southern Seoul.