This, he explained, is why the exhibition “Hello, My Name is Paul Smith,” which kicked off Thursday in Seoul, is based on his character. It offers a look inside his world, encompassing his thought process, work and path toward success. 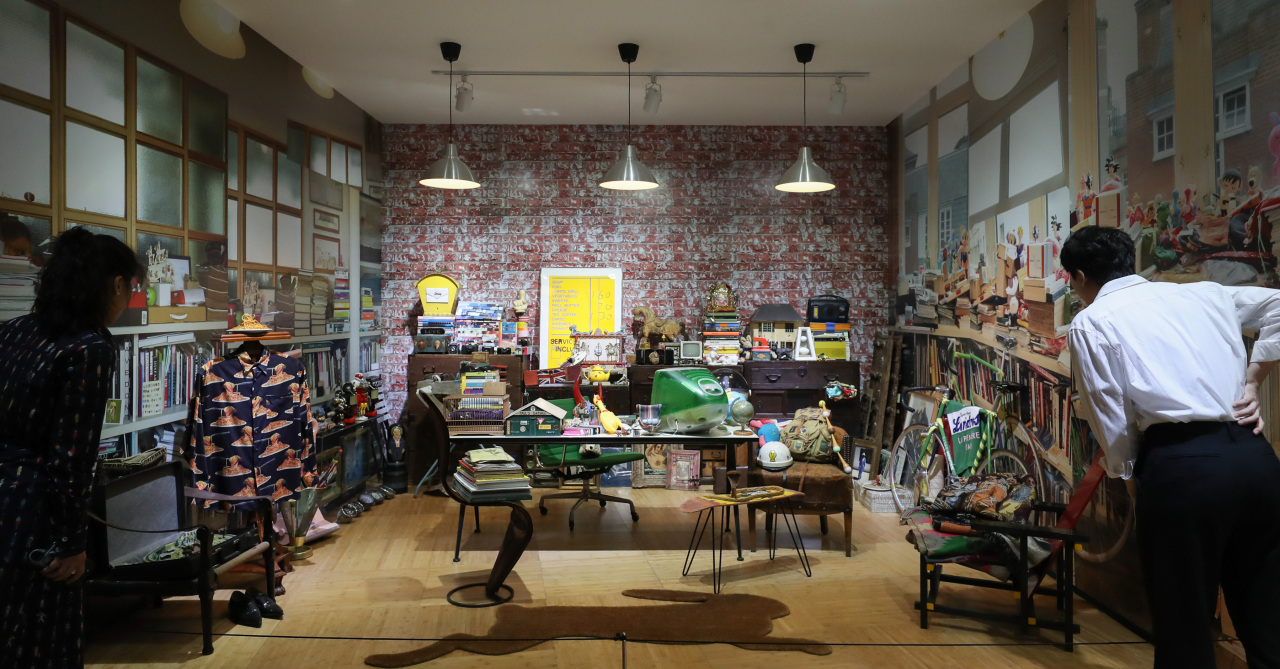 Visitors look at an installation that is part of the exhibition “Hello, My Name is Paul Smith” at Dongdaemun Design Plaza in Seoul. (Yonhap) 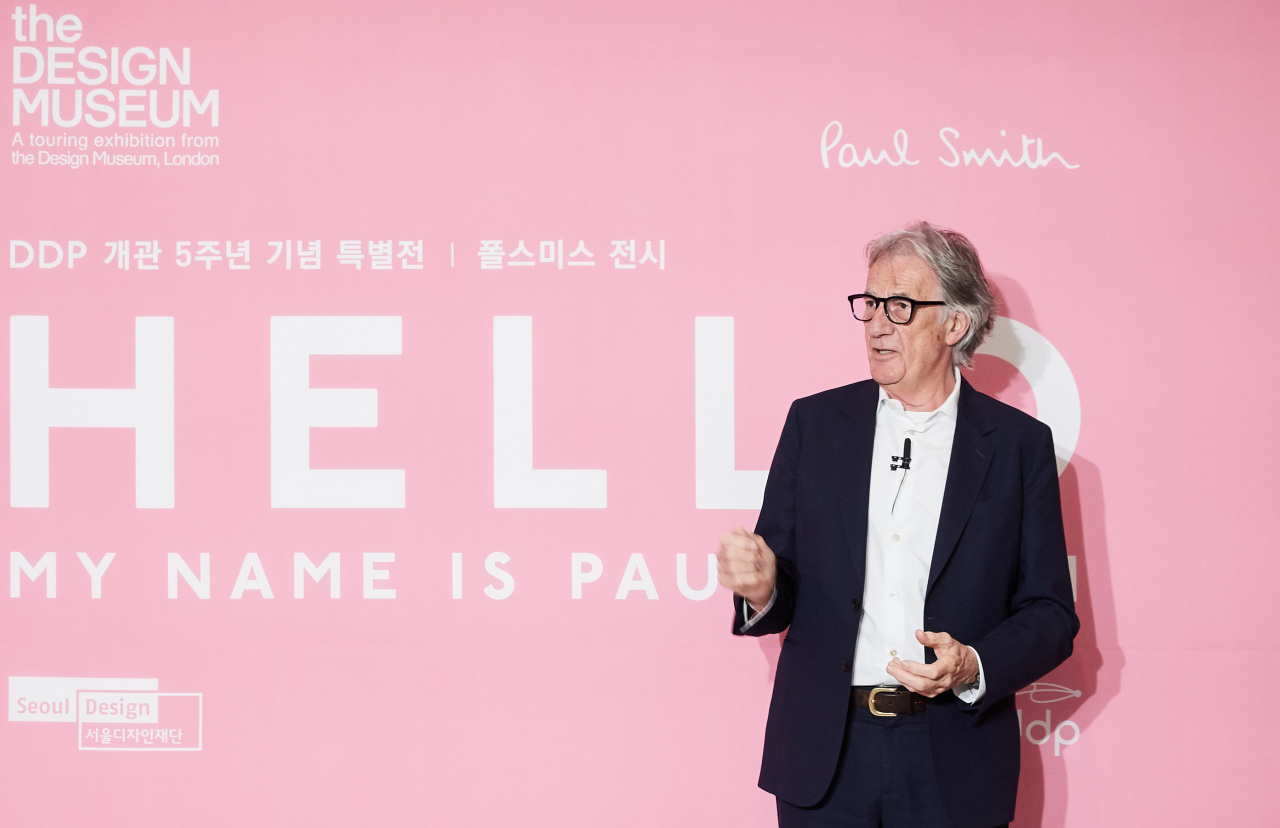 Paul Smith speaks during a press conference at Dongdaemun Design Plaza in Seoul, Wednesday (Yonhap)
“(My personality) is very low-key, feet on the ground personality. … It is an exhibition which literally starts with my first shop, when I was 21 years of age and was open only on Fridays and Saturdays with only a small income,” Smith said during a press conference in Seoul on Wednesday.

“Young Koreans or young people from around the world can come and look at it and see that you can start in a humble way, and with hard work -- probably the most important thing today -- patience, you can grow your business.“

The designer’s very first workshop in the back alleys of Nottingham, England -- which he noted has similarities with the Dongdaemun fashion district -- is recreated at the exhibition at Dongdaemun Design Plaza, which runs until Aug. 25.

There is also a replica of his first showroom: a tiny bedroom in a Paris hotel comprising just six shirts, two jumpers and two suits, spread out on a bed that was seen by just one person on the very last day, whose order kick-started Smith’s enterprise.

Smith stressed that the fashion exhibition is not just about clothes but shows how he works.

Deyan Sudjic, director of Design Museum of London, which co-hosted the event with the Seoul Design Foundation, said this was an “opportunity to have an insight about the way (Smith’s) mind works,” rather than the promotion of a brand.


“There’s something remarkable about Paul. There are very few designers who allow us to show not just the magic, but how the magic is made,” Sudjic said of the designer with whom he worked for years, adding this would appeal to even those who are not fashion enthusiasts.

The exhibition displays around 1,500 items, including clothing that he designed, art, photos, paintings he collected over the years and gifts from fans.

What stands out more than just fashion is traces of Smith’s personal life. The exhibition features a re-creation of his personal work space in a crammed office, his affection for photography and his deep appreciation of his wife.

“Inside Paul’s Head,” an almost psychedelic display of mirrors, images and colors, invites visitors to step into the master designer’s thought process with Smith’s words: “Literally anything can spark off an idea.”

While earlier sections of the exhibition show the work in progress, the final section displays the finished products, including his spring-summer 2019 collection. There is also a display showing a day in a fashion show, consisting of clips from Paul Smith men’s spring-summer 2014 show in Paris.

The Seoul exhibition is the 11th edition of “Hello, My Name is Paul Smith,” curated by the Design Museum in London, which started in London in 2013. It has been the most successful exhibition by the museum in terms of the number of visitors, attracting 600,000 people over the years.