Co-hosted by the Seoul Design Foundation and Design Museum of London, fashion exhibition “Hello, My Name is Paul Smith” is slated to take place this summer at Dongdaemun Design Plaza in Seoul.

“The exhibition is very open and honest,” the 72-year-old designer said, during a press conference on Monday. 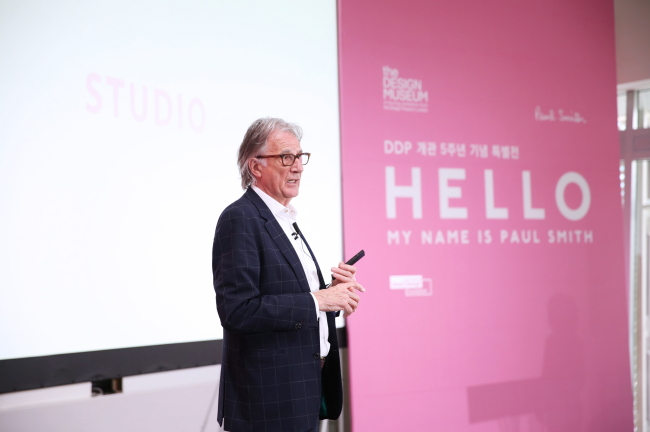 Image for “Hello, My Name is Paul Smith” (Design Museum of London)
“Many fashion exhibitions are retrospective shows, showing clothes across a period of time. But with the Paul Smith exhibition, (it shows) the process of how I work. It is also especially encouraging for young designers, showing how from a small beginning you can make big success.”

The exhibition will mark the fifth anniversary of DDP, the fashion hub of Seoul. Smith’s exhibition was chosen for the similarities between Dongdaemun fashion district and the back alleys of Nottingham, England, where he learned tailoring in his younger days.

“The name (of the exhibition) was chosen because I try to keep my feet on the ground. I don’t assume everybody knows my name. Unfortunately, there is too much ego in fashion world. Sometimes it’s nice to be humble,” the London-based designer said.

“Hello, My Name is Paul Smith” shows around 540 pieces of his creations, photos and paintings. In addition, more than 1,500 works of art, gifts from fans and the 2019 spring-summer collection he designed will be exhibited.

Not just a curation of items, the designer’s workspaces will be reproduced in the exhibition, including his first-ever store in Nottingham as well as his design studio, bedroom and office. 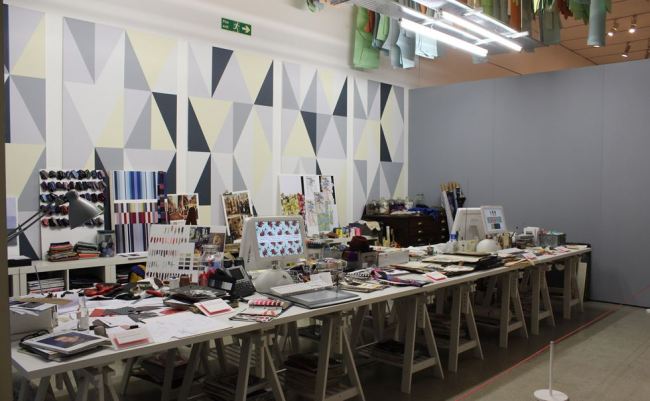 Reproduction of Paul Smith’s workspace in London (Design Museum of London)
“Of course, we will have clothes, a wide selection from past years but also the new spring-summer collection, for which incidentally some of the fabrics are from my personal photographs. And behind the clothes, there will be a new fashion show projected on the wall,” Smith said.

The exhibition started in London in 2013, curated by the Design Museum in London. It has been the most successful exhibition the establishment has ever had in terms of visitors, gathering 600,000 people over the years. Seoul is the 11th location of the touring exhibition’s visit.

“One of the most exciting things is that the exhibition attracts young people. It is interesting to see how to become a designer,” Smith said. “I hope in Seoul, it will attract lots of students and children.”

“We hope to hold more design exhibitions, cooperating with prominent museums around the world. DDP is emerging as a contemporary design museum,” said Choi Kyung-ran, head of the Seoul Design Foundation.

The exhibition begins on June 6 and continues until Aug. 25. Later in the year, it will travel to Gwangju. Tickets can be purchased through online ticket reservation website Interpark.