The advertisement features close-up shots of the beer and its logo, as well as the slogans “The King is Here” and “King of Beers,” with an inverted beer cap resembling a crown. The campaign aims to highlight the smooth and clean taste of Budweiser lager and emphasize its worldwide brand value, the company said. 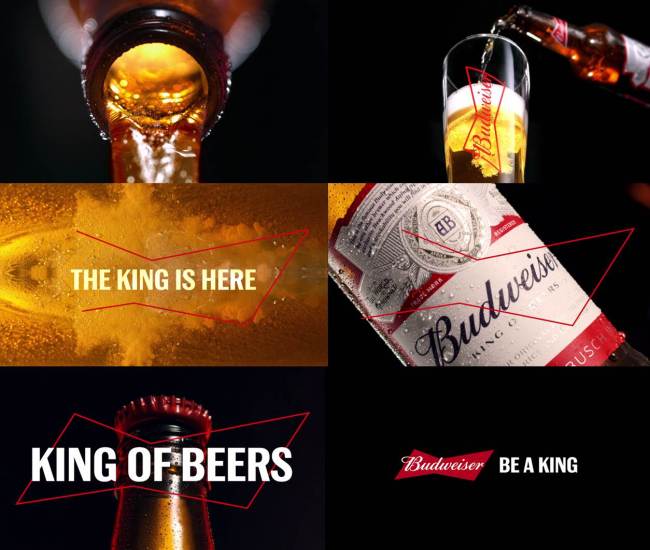 (OB)
The commercial encourages consumers to be confident and take charge of their lives, it added.

Introduced in 1876, Budweiser is now sold in around 85 countries. The company uses five main ingredients as well as a unique aging and fermentation method known as beechwood aging. Beechwood aging takes twice the time needed to brew beer, but creates beer with a soft and clean taste, said the company.