The honor went to Jo A-ra, who works as an editorial designer at a company in Korea, out of 200 entrants. Her design will be used at promotional events and on items for next year’s 60th anniversary of bilateral diplomacy.

“I really like the playfulness of the logo. It represents key features of the Sweden-Korea relationship: innovation and friendship,” said Swedish Ambassador to Korea Jakob Hallgren upon the announcement Wednesday. “The launch of the logo represents a great start of our joint celebration in 2019. Follow us on social media to find out what we are up to!” 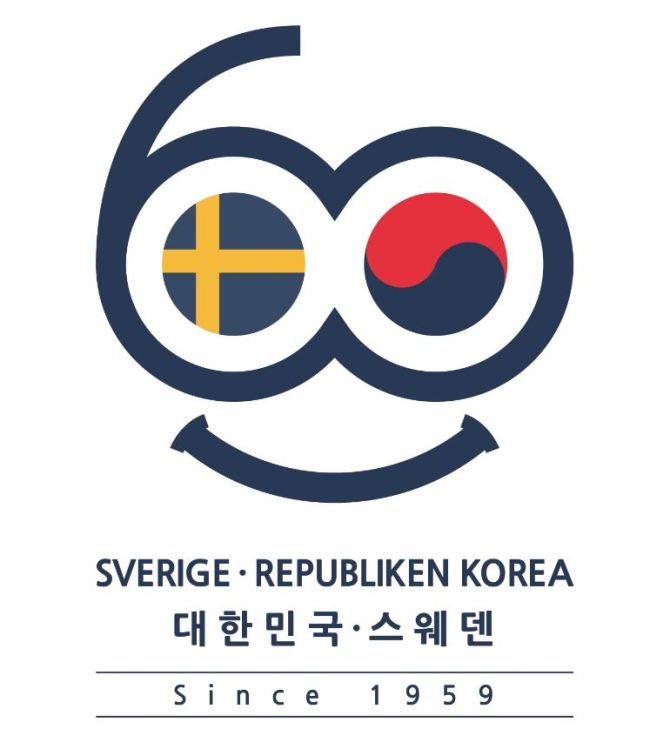 The winning logo from the Sweden-Korea 60 Years Logo Design Competition (Swedish Embassy)
Since establishing diplomatic relations in 1959, Stockholm and Seoul have developed strong ties in various fields, and the event marked the onset of celebrations slated to take place throughout next year, according to the diplomatic mission in Seoul.

“The 60th anniversary next year provides an excellent opportunity to draw attention to our strong and beautiful common history, and deepen our bilateral collaboration,” he said, adding the two nations ranked the two most innovative economies in the world. “Even if we are far away geographically, there are so many similarities between us.”

Jo will receive round-trip flight tickets between Korea and Sweden and free hotel accommodations for five nights, and be invited to various events next year. The celebration includes monthly events jointly organized by the Swedish Embassy in Seoul and Korean partners and companies, ranging from culture to trade. The schedule for all events will be shared on the embassy’s official website and social media platforms.