A total of 42 established fashion brands and 24 rookie designer brands showcased their creations for the upcoming spring-summer season, through the Seoul Collection and Generation Next, respectively. Meanwhile, fashion enthusiasts gathered to show off their own unique, stylish looks. 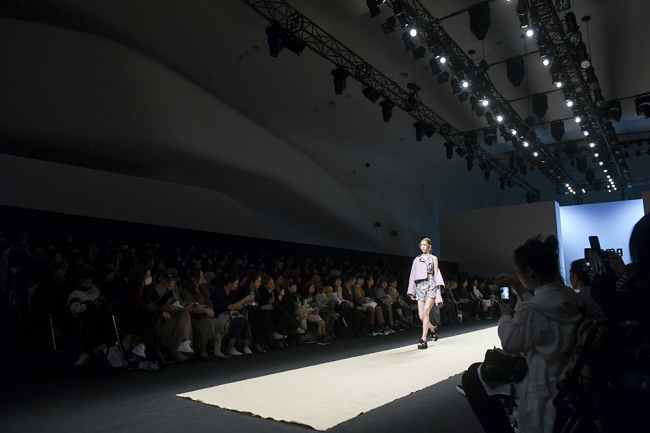 A model presents a creation by Ti:baeg during 2019 Spring-Summer Hera Seoul Fashion Week at Dongdaemun Design Plaza in central Seoul on Wednesday. (Seoul Design Foundation)
Here are some highlights from the Seoul Collection. 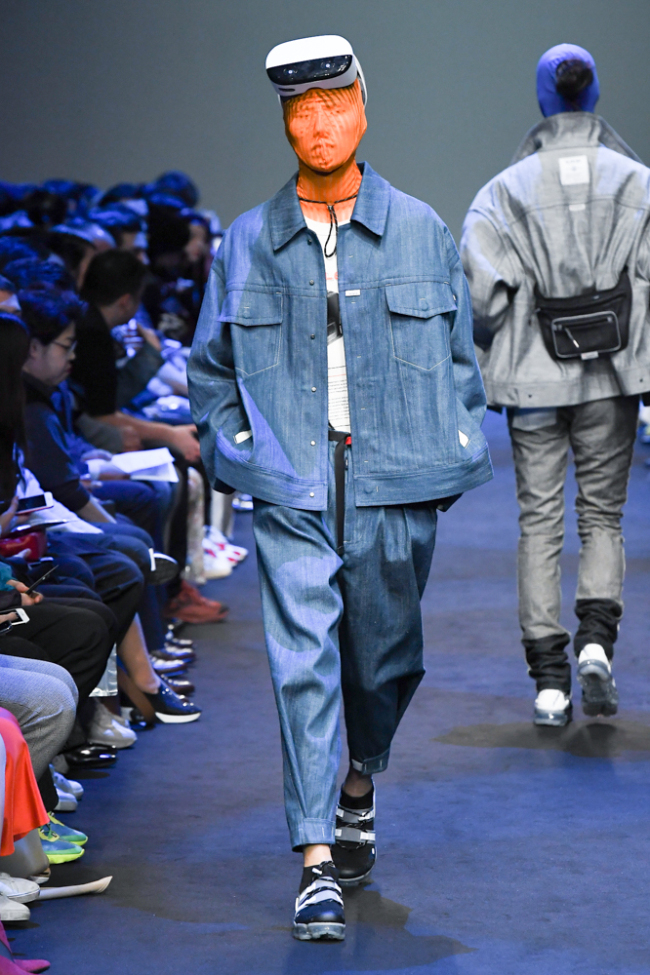 Muun (Seoul Design Foundation)
A longing for the future was in the air at Munn, where designer Han Hyun-min was inspired by Steven Spielberg’s upcoming sci-fi adventure film “Ready Player One” and borrowed the motif from the film’s poster.

As the designer wanted the focus to be on the garments, the models were veiled, making them look like mannequins. Some wore headpieces shaped like VR headsets. 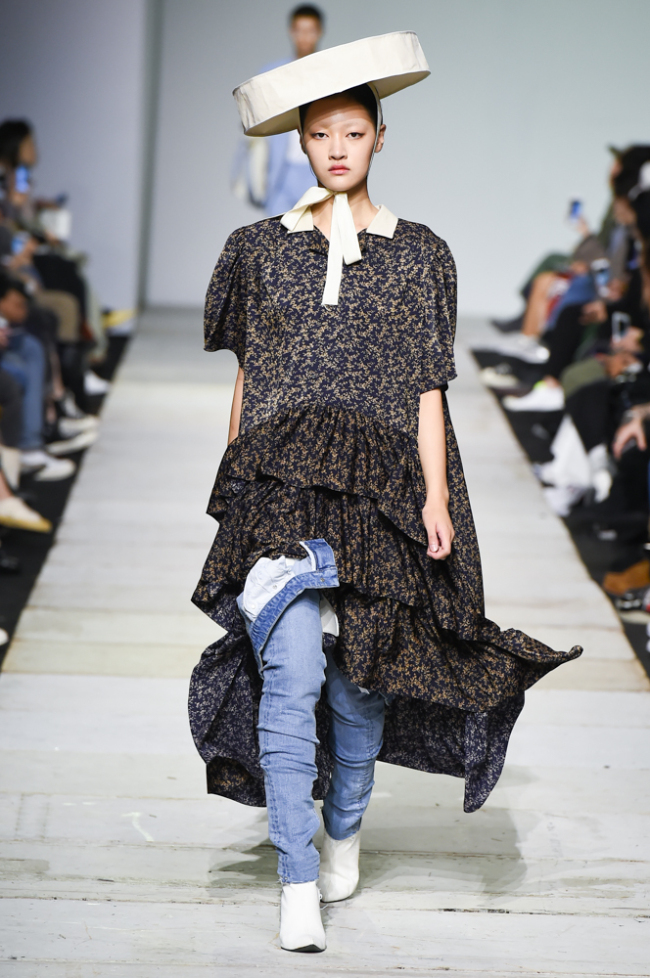 SJYP took its show to the Piknic, one of the trendiest culture complexes in Seoul. The “Color Pop” theme was reflected in the vivid colors of neon pink, electric blue and bright yellow that filled the stage.

Singer Lee Sang-soon produced the music for the runway. The model lineup was eye-catching, too, with top model-entertainer Han Hye-jin taking the first walk.

At the show, creations for the SJYP Black label were shown, too. While SJYP is characterized by a sporty style, the brand’s second label is more feminine.

An air-raid siren kicked off the show, playing on the collection’s theme: “War is Over.” In keeping with the mood, the show highlighted overlapping lace, destroyed denim and signature graphics.

Samsung’s Galaxy Note was used as a fashion item, decorated with colored PVC, the hottest fashion material from the summer season. The designer wanted to collaborate with a non-fashion company, showing how R.Shemiste can shine in real-life. 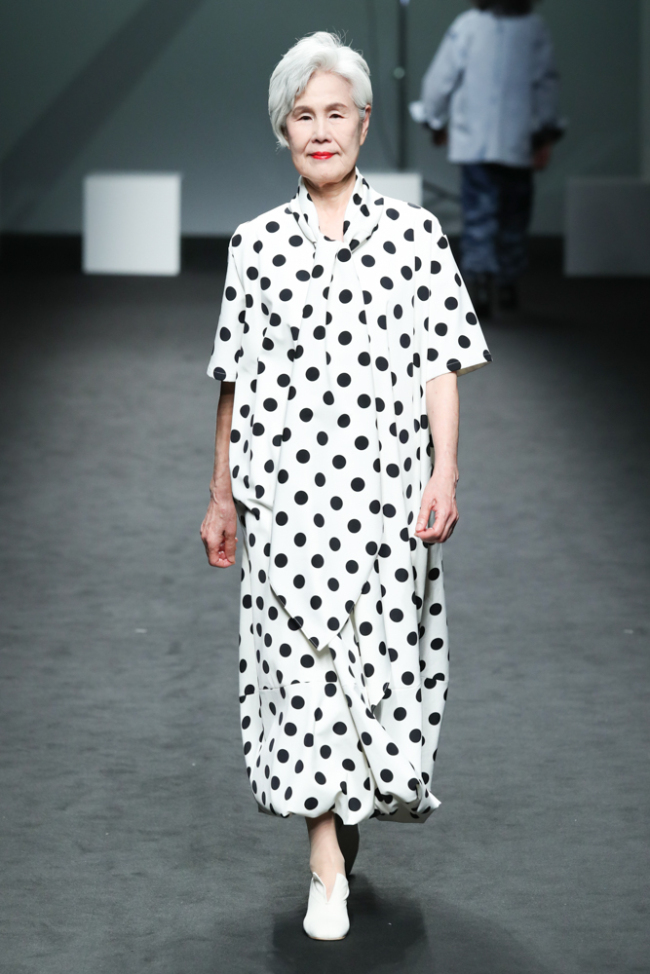 The Gang (Seoul Design Foundation)
The Gang, a new name for Kiok’s runway collection, was all about diversity.
Designers Crayon Lee and Coco. J Lee wanted to share their thoughts on “Love and Peace.” Models of all age groups, kids to seniors, walked the catwalk.

The black-and-white creations were made interesting with oversize shapes and drape details.

The Seoul Design Foundation supports local rookie designers, sponsoring them so they can stage fashion shows through Generation Next. Here are some designer brands to look out for.

True to its name, the brand’s collection is filled with monotonous colors, from black to white, making even a hint of beige stand out. While designers often opt for bold shapes and extravagant silhouettes when going monotone, Blanc de Noir sticks to its minimalist concept, using simple patterns and lines. 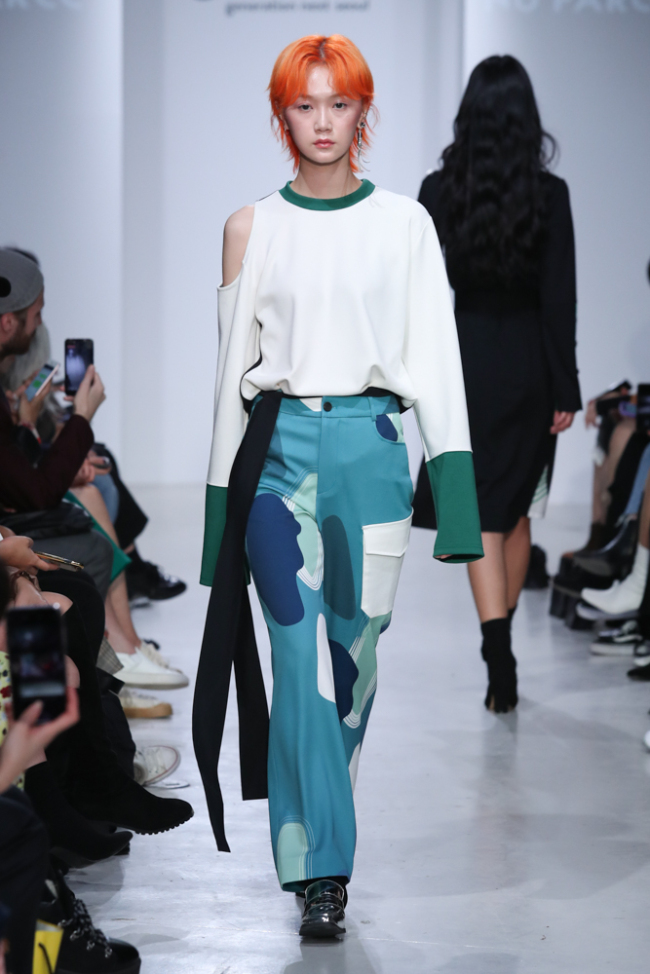 Nu Parcc (Seoul Design Foundation)
Nu Parcc is led by fashion designer Nunu and concept artist Kunu, who are siblings. The silhouettes are simple, as the designer aims to use the garment as a canvas.

The collection was all about being laid back, with lively colors, carefree silhouettes and airy fabrics. The bright mood made the audience feel as if they were taking a vacation on the beach. 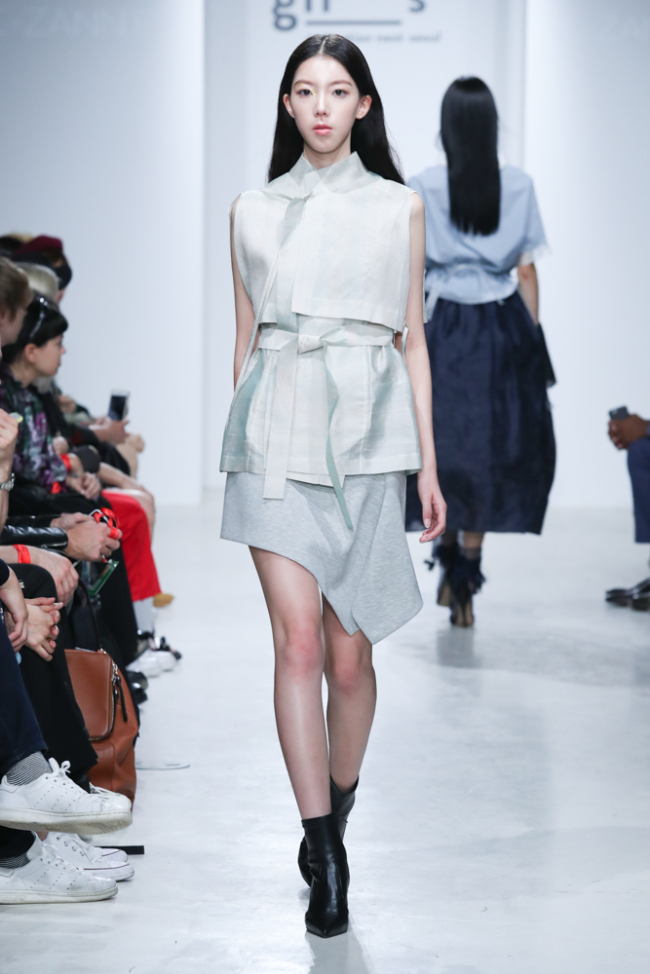 C-ZANN E (Seoul Design Foundation)
A powerful yet sorrowful voice singing “Arirang,” a Korean folk song, filled the runway of C-ZANN E. Along with the music, a model walked down the runway with a slow, rhythmical attitude.

Though there was little variation in the colors used, the runway was not boring. The creations came to life with the wind, as the models strutted down the runway.