[ The Korea Herald – Send E-mail ]
Feeling state of the art in New York City
NYC is at the forefront of human ingenuity, enterprise, diversity, inclusion and creativity -- ingredients that make cities engines of 21st-century growth as well as crucibles for liberal international minds.
By Joel Lee
Published : Aug 30, 2018 - 15:34
Updated : Aug 30, 2018 - 16:09
NEW YORK -- What makes New York City the talk of the town the world over? A onetime student of urban planning, I am always keen to experience the myriad wonders of New York.

As a Seoulite, I know the South Korean capital tries hard to emulate many of the US city’s successes. Those include spacious parks, world-class amenities, eco-friendly public transportation and gentrified streets and businesses, not to mention a wide array of cultural festivals.

Seoul has also sought the kind of grassroots, citizen-centered politics that have shaped the DNA and soul of the Big Apple. 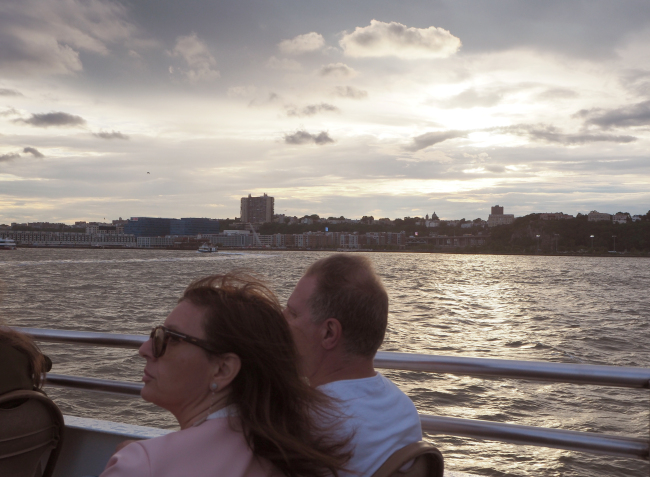 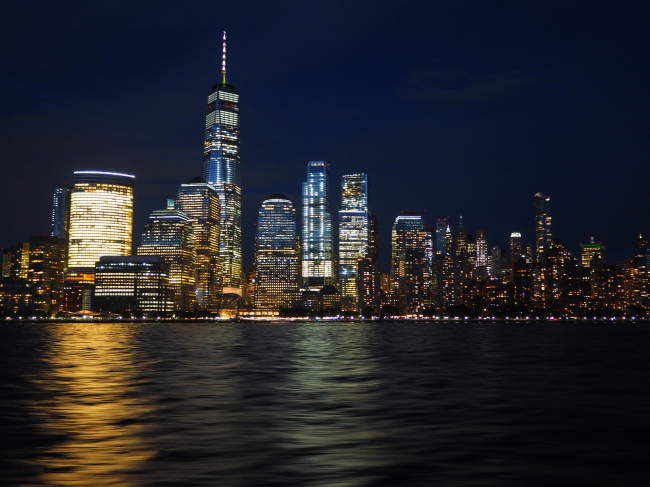 Manhattan from a ferry (Joel Lee/The Korea Herald)
Visiting the US’ largest city in early August, I made the usual tourist stops. I went to Central Park, the Museum of Modern Art, the Metropolitan Museum of Art, the High Line, Williamsburg, the Brooklyn Bridge, Greenwich Village, Chinatown and the World Trade Center site, among other places.

Everywhere in New York, I came across lesbian, gay, bisexual and transgender people. They fit so smoothly and unabashedly into the city’s nonchalant rhythms, liberal conversations and urbane appearances. I was also struck by the incredible diversity of ethnicities, ethos, habits, looks, tastes and smells of America’s roiling melting pot. Although I was raised in Toronto, one of the most multicultural cities in the world, NYC’s cosmopolitan flavors were a bit of a culture shock.

In many ways, NYC reminded me of the best-selling book “Triumph of the City: How Our Greatest Invention Makes Us Richer, Smarter, Greener, Healthier and Happier” (2011) by Harvard University urban economist Edward Glaeser. The book is a paean to cities. To paraphrase, Glaeser makes the case that NYC is the crown jewel of the world’s urban constellation, a great leap forward into a brave new world. 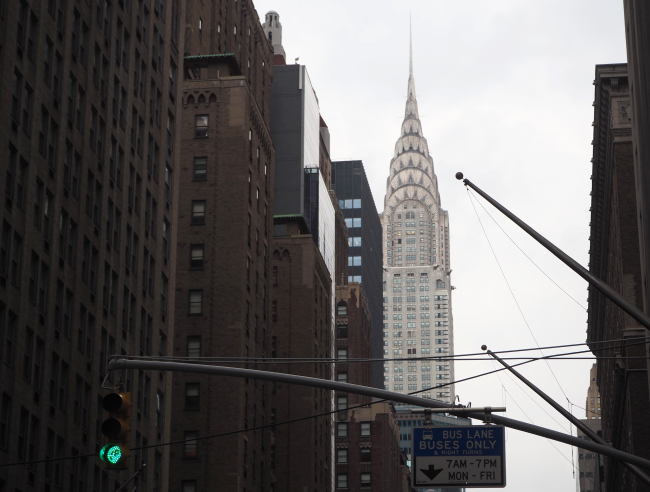 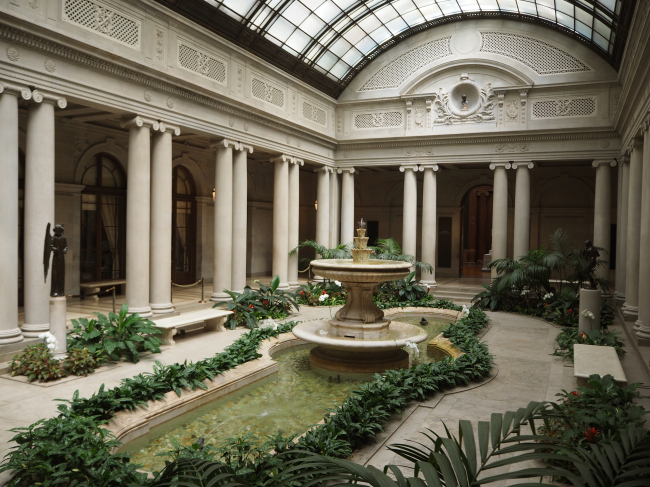 The Frick Collection's Garden Court (Joel Lee/The Korea Herald)
“Living in New York makes you feel you’re ‘at the center of the world.’ It really is something,” Tristan Lapointe, my sister’s fiance, told me at their home in the amicable neighborhood of Astoria in the borough of Queens.

“It’s fun to know your city has the highest, greatest and the most superlative iteration of basically everything. Living here has definitely forced me to become a more sociable, aggressive and driven person. You can’t move here and just hang out. The city will eat you up and send you back home.”

Lapointe, a law school student who has lived in NYC for six and a half years, is a Maine native. Calling himself “an East Coast townie at heart,” he said, “New York is the ideal version of American East Coast living.”

The world’s cultural, financial and media capital, by virtue of its assets, demands a lifestyle more down-to-earth than the rest of America, he noted. “The density, age and lack of everyday conveniences here really force newcomers to toughen and tighten up in every way. It makes you a more resilient, realistic person.” 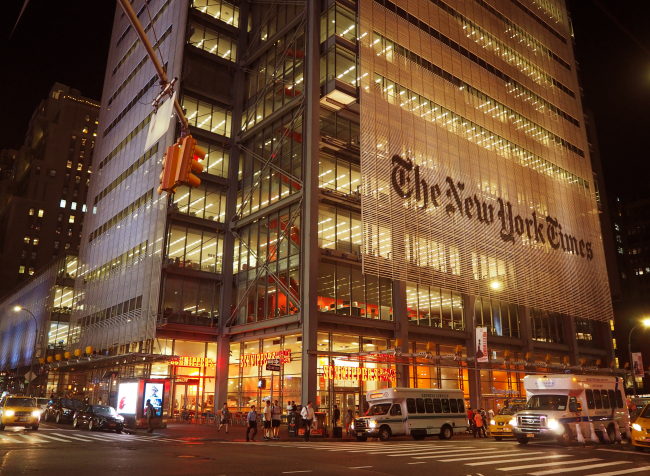 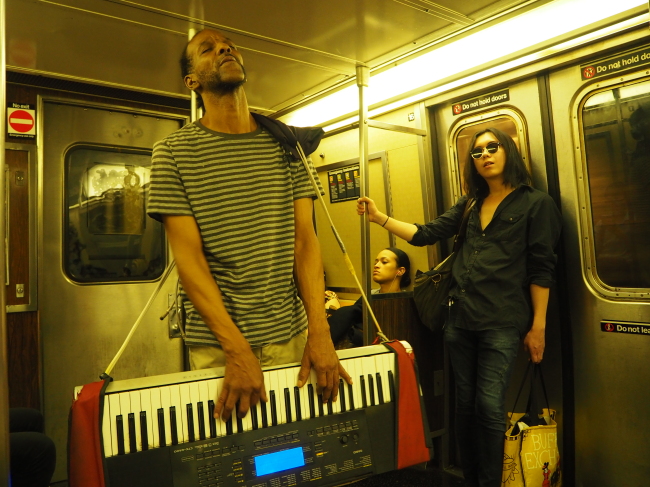 An artist performs live music inside an NYC subway car. (Joel Lee/The Korea Herald)
During my two weeks there, it was palpable that the metropolis was at the forefront of human ingenuity, enterprise, diversity, inclusion and creativity -- ingredients that make cities engines of 21st-century growth as well as crucibles for liberal international minds.

My favorite moments include standing face to face with and trying to decipher the souls of the world’s most adored artworks at the Met; strolling around Central Park and sucking in its fresh, ample greenery; and taking a ferry around Manhattan from sunset into the night, being hypnotized by the skyline’s statuesque physique. Manhattan was a stage in a fashion show of glitzy skyscrapers, elegantly draped in their silky, scintillating facades.

Learning about the enterprising history of the Big Apple -- which spawned as Dutch colonial outpost New Amsterdam in 1624 -- at the Museum of the City of New York was a rare, intellectualizing experience.

What about food? From the crisply seared Peking duck in Chinatown to the Greek gyros, New York pizza or even a simple breakfast of eggs, bacon and toast with a bottomless pot of coffee, NYC is a culinary paradise offering far-flung gastronomies. 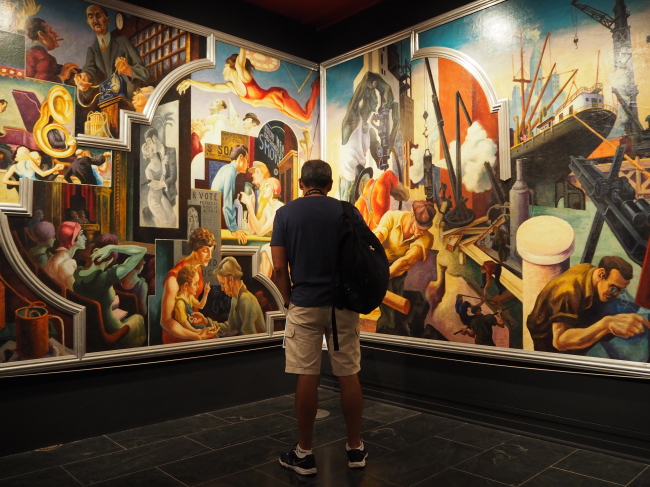 A visitor enjoys a moment at the Metropolitan Museum of Art in New York City. (Joel Lee/The Korea Herald) 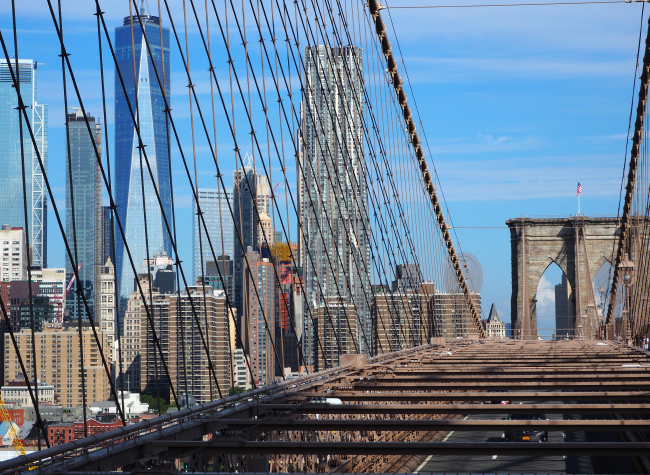 Manhattan from Brooklyn Bridge (Joel Lee/The Korea Herald)
“NYC’s greatest asset is the level of opportunities available. There’s an incredible amount of mobility here that I think is in part fueled by the fact that over 60 percent of the people weren’t born here, and also by the city-state nature of NYC,” said Lapointe.

“While social categories like race and class still matter in New York, they matter less, in the sense that the sheer diversity helps overcome these categories. It’s the best place we have on this continent.”

Lapointe also conceded that living in NYC is by its nature very expensive.

“Renting a reasonably priced place is very hard, and the housing stock is very old. You don’t get much for what you pay,” he said. “Owning a home is even more difficult, as prices aren’t within reach of an average person, even with New Yorkers’ relatively high salaries compared to the rest of the country.”

Furthermore, he explained, NYC was “intensely bureaucratic,” with people going about their lives navigating the city’s byzantine web of rules and regulations. 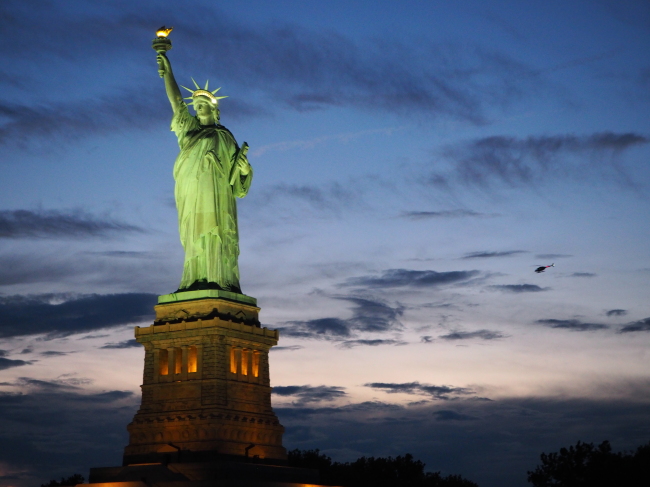 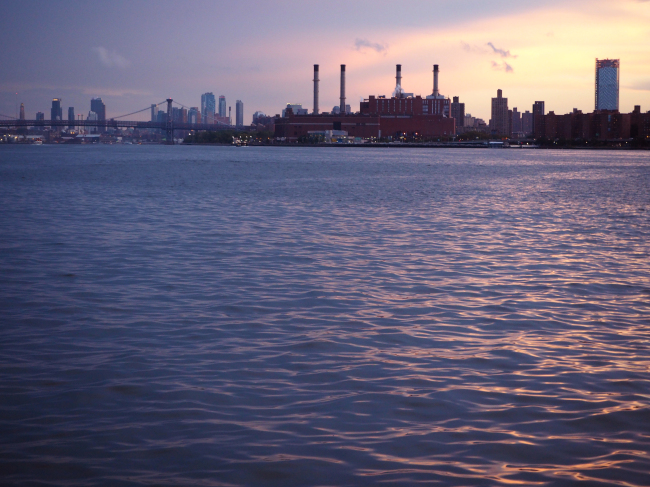 A view of Brooklyn from the East River (Joel Lee/The Korea Herald)
In the end, NYC’s foibles didn’t matter to me. The sight of people coolly riding bicycles to work across the Brooklyn Bridge, overlooking a skyscraper-encrusted Manhattan, seemed deeply liberating, and intrinsically modern.

Notwithstanding the mighty commercial interests’ domination of space, there was an air of public civility that permeated the city, a far cry from an uncompromising Seoul.

In answering my original question, I felt, more than anything else, that to be extraordinary a city needs to preserve and cherish diversity, openness, confidence and boldness to try the unconventional.

Kudos to New York City, the most glamorous human creation in history. Even with all its sins, the city is still as good as it gets in our material world.