US President Donald Trump and North Korean leader Kim Jong-un have agreed to meet by May, according to a South Korean envoy in Washington  Friday (Korean time).

South Korea's national security adviser, Chung Eui-yong, told reporters at the White House on Frinday morning (Korean time) that Trump told him he would accept Kim's invitation to meet with him as soon as possible.

The announcement is expected to greatly change the security condition on the Korean Peninsula gripped by a year of tensions over North Korea's nuclear and ballistic missile programs. 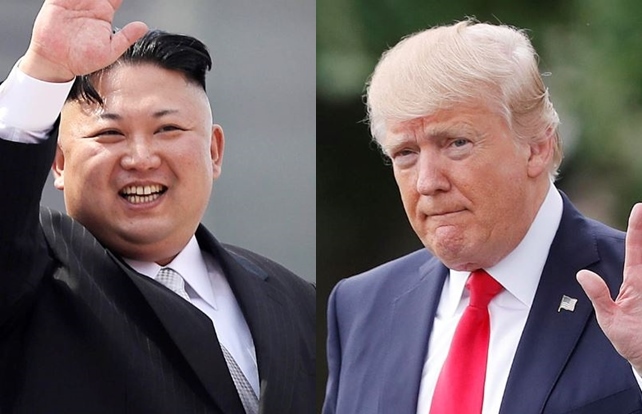 During their North Korean trip, the South Korean officials met with North Korean leader Kim, and announced a series of inter-Korean agreements.

The key agreement stated that the two Koreas will hold a summit at the end of April, the North will cease missile and nuclear tests for the time being, and that Kim is willing to talk to the US.

Seoul has already publicized that North Korea offered talks with the United States on denuclearization and normalizing ties, a potential diplomatic opening after a year of escalating tensions over the North’s nuclear and missile tests. The rival Koreas also agreed to hold a leadership summit in late April. 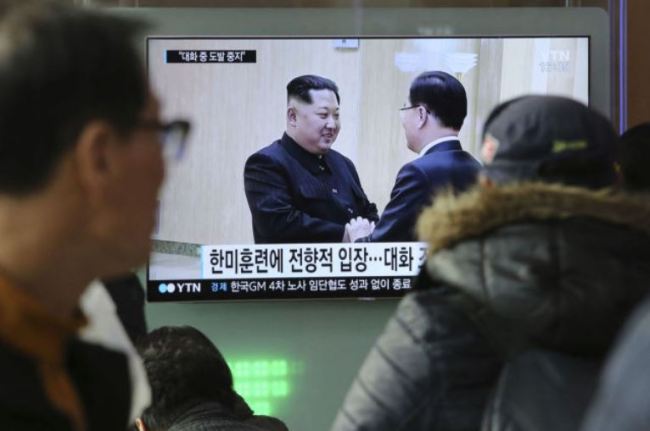 (AP)
Top Trump administration officials got a chance to hear firsthand from South Korean national security director Chung, who led the delegation that went to Pyongyang and met Kim on Monday.

Chung told reporters on Tuesday that he received a message from North Korea intended for the United States, but didn’t disclose what it was. According to Chung, the North also agreed to suspend nuclear and missile tests during such future talks -- a longstanding US demand.

On Tuesday, Trump had expressed both hope and skepticism about the reported offer of talks, which has yet to be confirmed, at least publicly, by the isolated North Korean government. While the path to a diplomatic resolution over the North’s nuclear arsenal would be long and difficult, talks could dampen fears of war breaking out over what represents an emerging threat to the US mainland.

US Secretary of State Rex Tillerson said Thursday in Ethiopia that the US has seen “potentially positive signals” from North Korea, but the adversaries are still a long way from holding negotiations.