[ The Korea Herald – Send E-mail ]
[Herald Interview] ‘Bulgaria linchpin of European integration’
“Bulgaria will try to find common grounds, consensus, compromise and understanding among all EU member states in decision-making and legislation.”
By Joel Lee
Published : Jan 29, 2018 - 17:56
Updated : Jan 29, 2018 - 17:56
With the presidency of the Council of the European Union this year, Bulgaria looks to strengthen European integration and help the continent’s economic resiliency, interoperable security and cultural vibrancy, according to Bulgaria’s top envoy to Korea.

Bulgaria assumes the rotating presidency from January through June. Under the slogan “United we stand strong” -- likewise displayed on Bulgaria’s coat of arms -- the Eastern European state will closely cooperate with its partners and EU institutions to build a stronger, more secure and solidary Europe, he said in an interview last week. 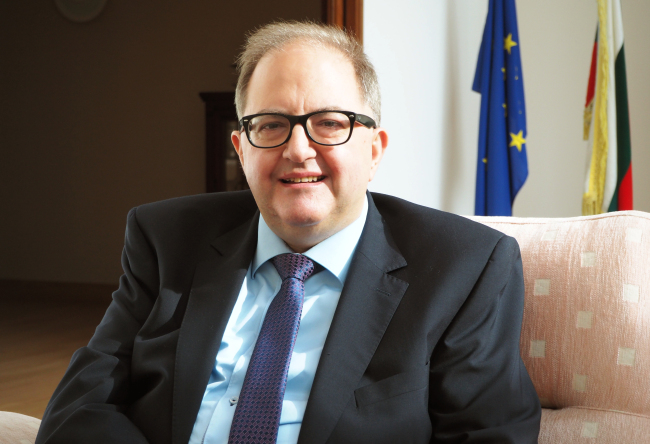 Bulgarian Ambassador to Korea Petar Andonov (Joel Lee/The Korea Herald)
“Bulgaria will seek a balance between different views and interests of EU member states for the benefit of all European citizens,” Ambassador Petar Andonov said at the embassy in Seoul. “We will try to find common grounds, consensus, compromise and understanding among all EU member states in decision-making and legislation.”

Andonov listed Bulgaria’s four priorities under the presidency. The first one is ensuring sustained economic growth and social cohesion, especially by empowering and educating the younger generations through initiatives such as the Erasmus Plus program. Secondly, Bulgaria will work to enhance Europe’s security and stability by reforming the European common asylum system and improving the interoperability of information systems and databases, all aimed at countering terrorism and controlling borders in more effective ways.

“We believe that no country should be left behind if it shares the ambition of a deeper integration,” the ambassador stressed, adding that striving for the highest possible degree of European integration is high on the national agenda. Toward this end, Sofia is putting concerted efforts to join the European Exchange Rate Mechanism and border-free Schengen Area. 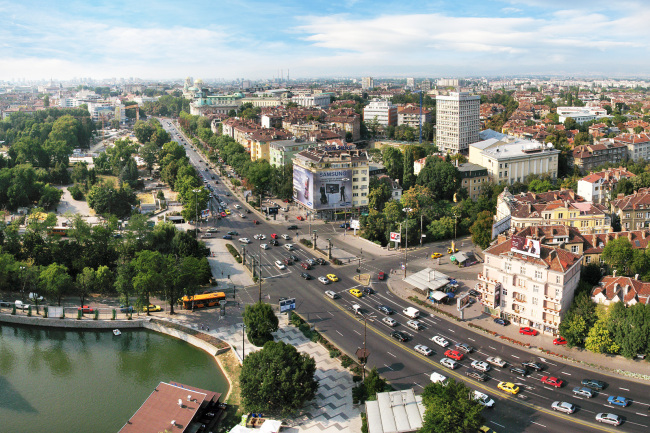 Bulgarian capital Sofia (Boby Dimitrov)
Responding to the views of pro-Brexit supporters and other nationalists, who believe that ever-closer integration would efface national identity, the envoy asserted that he believed “it’s very important to preserve and cherish your national identity. But maintaining your identity is not antithetical to integration and cooperation, which are necessary for solving common problems of an integrated world. On the contrary, keeping a strong and proud national identity would help European integration.”

He added, “The future is in integration, global free trade and open ways of communication, definitely not protectionism. I see the current nationalist and protectionist sentiments as a temporary phenomenon.”

Bulgaria has “a special place in Europe,” the journalist-turned-diplomat continued, noting the country has bridged Europe and Asia for the last 1,300 years at the core of the Balkans. Bulgaria’s accession into the EU in 2007 was a “clear-cut, strategic choice” marking its rightful return to the European civilization.

The membership has allowed Bulgaria access to the world’s largest trading bloc, consisting of 500 million European consumers, and billions of dollars from European funds have been invested in developing and modernizing the country’s infrastructure.

Over the course of the last decade, Bulgaria’s gross domestic product has grown from 27 to 48 percent of the EU average. Unemployment levels have been reduced, macroeconomic stability increased and the list of Bulgarian export items and advanced technologies and services doubled, he underscored. 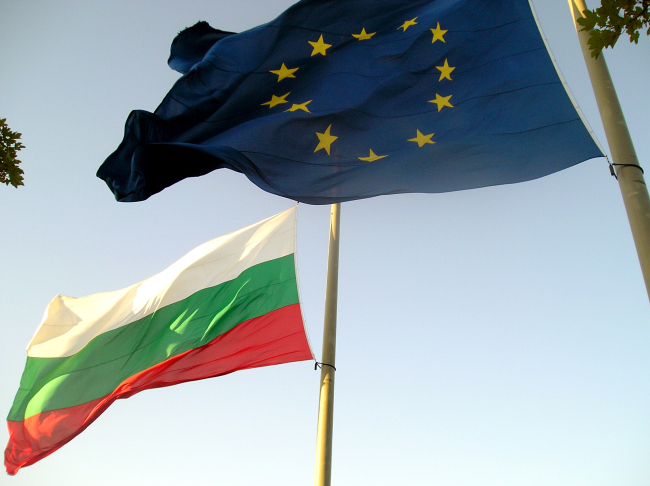 The flags of the European Union and Bulgaria (Sofia Globe)
Following the fall of the Iron Curtain, Bulgaria also went through a painful and difficult process of transition toward democracy and market economy, the diplomat said. “As a former communist nation, we can share our experiences on matters of transition to democracy and free market economy -- issues relevant to the two Koreas’ prospective unification.”

“We are an information technology powerhouse in Southeastern Europe and working with our partners to create another ‘Silicon Valley’ in the Western Balkans,” he said, mentioning Sofia Tech Park -- the first innovation ecosystem in Southeastern Europe -- which can accommodate a diverse array of ICT research and development and enterprises.

Bulgaria offers Korean companies an attractive investment environment, he said, pointing out the lowest corporate and personal income tax rates in the EU, the most competitive labor costs in Central and Eastern Europe, social security benefits and vocational training benefits. 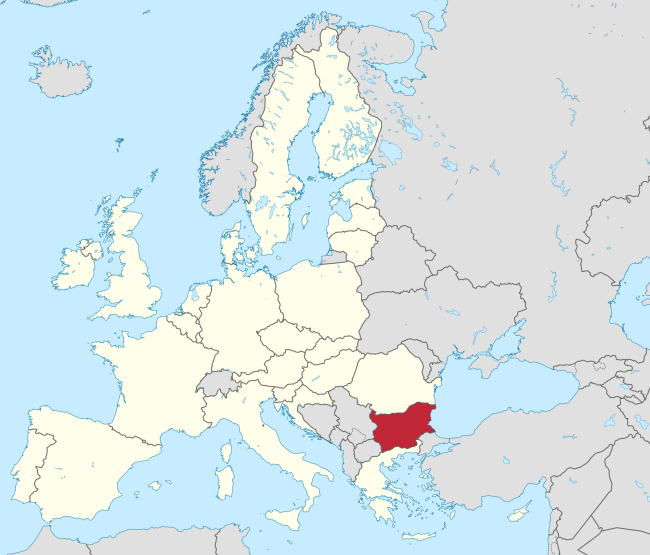 Bulgaria (red) in the European Union (white) (Wikipedia)
“Bulgaria can be Korea’s gateway to the vast EU common market as well as a highly efficient transit hub between Europe, Asia, the Commonwealth of Independent States, North Africa and the Middle East,” Andonov underlined. “Through the EU-Korea free trade agreement, we are working on expanding our exports to Korea, including ICT services, agricultural products, food and wine, chemicals, pharmaceuticals, auto parts and electronics.”

Prior to his ambassadorship here, Andonov was the Bulgarian ambassador to Japan. He was a moderator of an economic program on a Bulgarian national television, as well as an anchor and moderator of Radio Free Europe’s Sofia Bureau. He was also an economic adviser to the prime minister of the first noncommunist government of Bulgaria, Philip Dimitrov, as well as secretary of economic affairs to former President Petar Stoyanov.