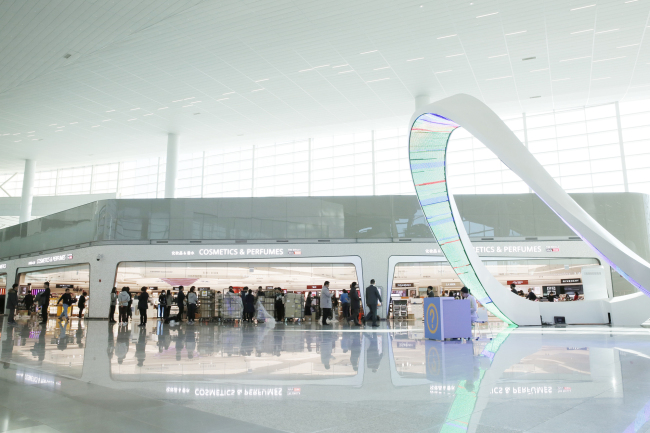 Shilla Duty Free
By using the Incheon Airport mobile application, passengers can find their way around and locate check-in kiosks and restaurants with the help of augmented reality technology.

After passengers go through immigration and security, they will enter the core of the stylish new terminal, where there is plenty of entertainment on offer.

Duty-free stores at Terminal 2, for instance, feature a whole new level of luxury.

Three major duty-free store operators -- Shilla, Lotte and Shinsegae -- each offer a different lineup of products with top brands and the latest technology.

Shilla Duty Free focuses on cosmetics and perfumes at its 2,100-squre-meter store, with products from 110 brands, such as Estee Lauder, Dior, Lancome, Chanel, SK-II and Sulwhasoo.

The store features a digital beauty bar that makes use of LEDs and ICT, such as with a beauty mirror that uses virtual reality technology. 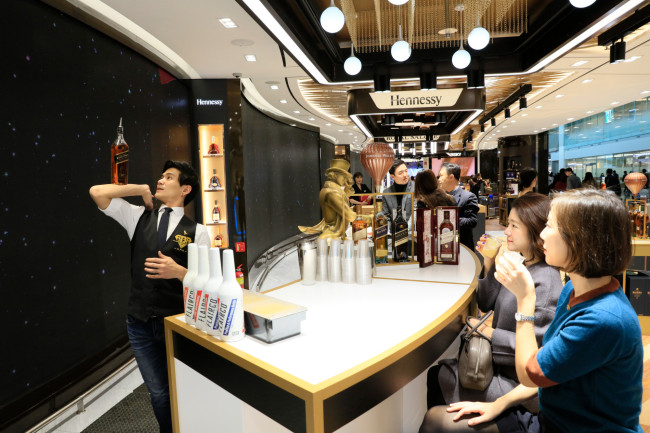 Meanwhile, Shinsegae Duty Free is dedicated to fashion and accessories.

Shinsegae is off to a good start, as it has managed to persuade Chanel to return to Incheon Airport. In 2015, the French fashion powerhouse pulled out due to a conflict over commission fees and management. Chanel will sell clothes, accessories and bags.

Shinsegae has named its branch a “high boutique street,” which will be lined with global luxury brands including Gucci, Tiffany and Valentino.

Shinsegae has also set up Character Zone, a 300-square-meter store that sells character merchandise such as Line Friends, Kakao Friends, Pororo and more.

In addition, the new terminal has an array of food and beverage stores.

Burger chain Shake Shack has opened its sixth Korean branch at Terminal 2, which is also the largest among five other branches at airports worldwide with 105 seats. The new branch is located on the first basement level and offers a variety of new items including Egg N’ Cheese, Shack Blended Coffee and a dessert called Fly Me to the Shack. Customers can also order at self-order kiosks -- the chain’s first attempt in Korea. 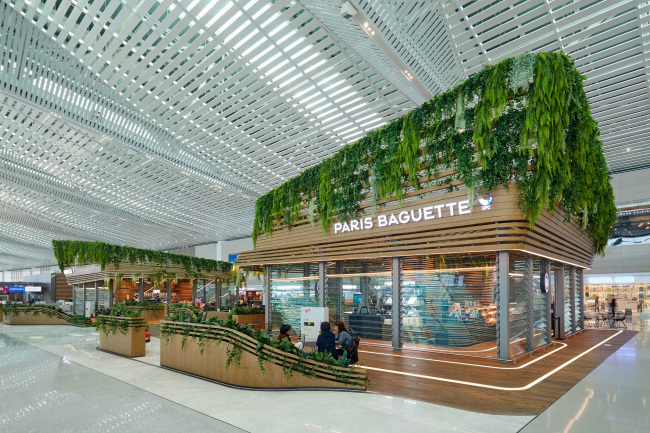