This is the first time early voting, in which voters can use any polling station, is being provided in a presidential election. According to the National Election Commission, there are 3,507 advance polling stations across the country, including Seoul Station, Yongsan Station and Incheon Airport. 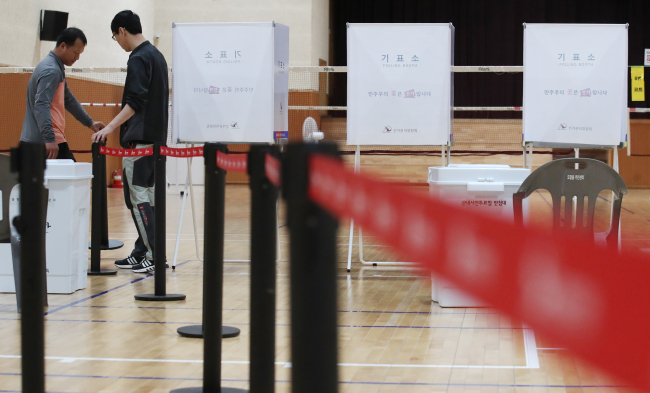 “Democracy lives on votes. The votes are the meals of democracy. Only voting can change the world and fix injustice and unfairness,” Democratic Party of Korea candidate Moon Jae-in said in a press briefing at the party’s headquarter in Yeouido, central Seoul.

He also pledged to do a “free hug” event in Seoul if the advance voting turnout reaches over 25 percent.

The other four mainstream candidates also launched campaigns for early voting as to gear up for the final stretch.

The conservative Liberty Korea Party started a campaign it dubbed “Advance voting for Hong Joon-pyo,” offering early voters a chance to visit the presidential office if Hong is elected.

Voters are allowed to take photographs after voting and can express who they have voted for. They cannot, however, photograph the ballot.