“We’re reflecting on ourselves over what has happened in the past year. We’ll strive to win back customers’ trust and meet their expectations,” Do said during his first press conference held since his inauguration in 2013.

“2015 will serve as an opportunity for us to transform into a customer-only retailer,” he added. 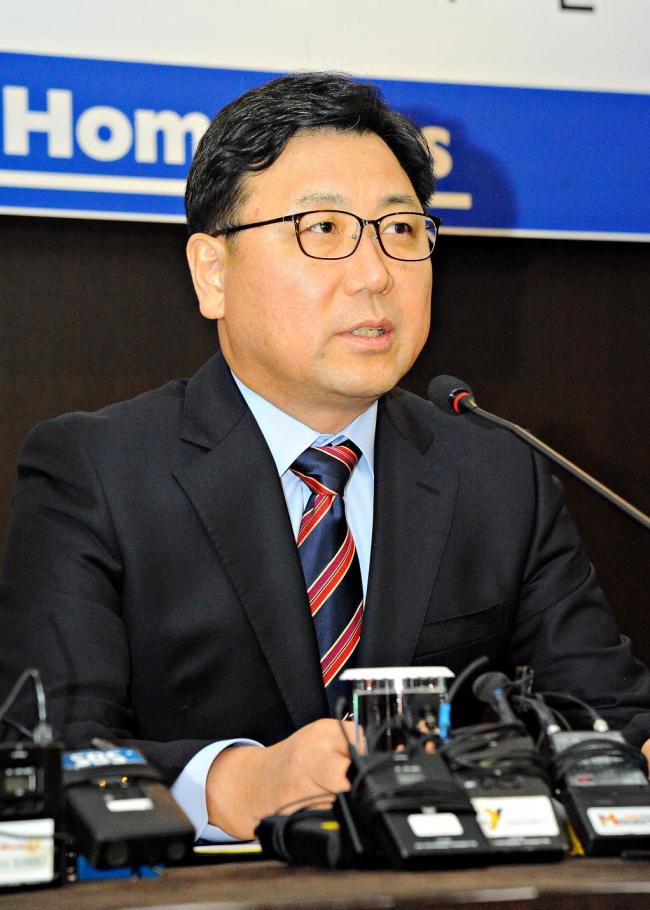 Homeplus CEO Do Sung-hwan speaks at a press conference in Seoul Tuesday. (Homeplus)
Local consumer groups have filed a class action suit against the firm, claiming that it illegally sold information it collected through giveaway events and membership registrations.

“The case is pending in court, and we will respect the out come,” Do said, declining to comment further.

In regard to prolonged rumors about Tesco’s attempt to offload Homeplus, Do said the company will follow the shareholders’ decision.

“For now, we have a positive outlook about the fate of this company. Tesco’s new CEO Dave Lewis has helped the retail giant rebound its profits market shares,” Do said.

Tesco’s sale of Homeplus has been rumored since 2007, with the U.K. firm’s recent accounting scandal, a drop of almost 50 percent in the share price and continued profit warnings fueling the speculations.

Homeplus is Tesco’s largest international operation, running more than 500 stores nationwide with 27,000 employees. Its annual sales account for about half of Tesco’s Asian operations, according to company figures.