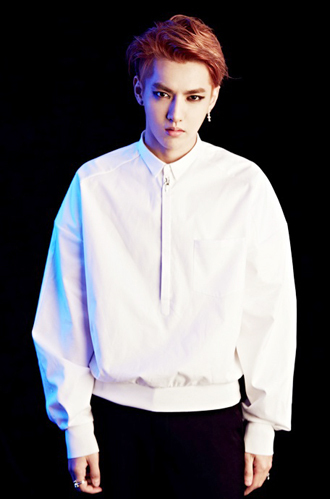 (SM Entertainment)
As controversy swirls over EXO-M leader Kris‘ abrupt decision to launch a legal battle against his management agency, K-pop watchers are still struggling to grasp the reasons behind it.

Kris claimed that his agency had never respected his opinions or health conditions in deciding schedules for the group‘s activities, treating him like “a machine part” or “an object of control.”

After Debuting in 2012, EXO shot to stardom in South Korea and China. Its first full-length album “XOXO” and its repackaged version sold more than 1 million copies in total last year.

The group, which has 12 members, has been pursuing their activities in two subunits, EXO-K and EXO-M, to target the Korean and Chinese markets, respectively.

Many fans, as well as K-pop insiders, were stunned by his decision to start the legal battle when he was at peak popularity as the leader of EXO-M.

The Chinese-born-Canadian, whose real name is Wu Yi Fan, might have been having difficulties overcoming cultural differences and adapting to his new life in Korea, according to K-pop industry sources. 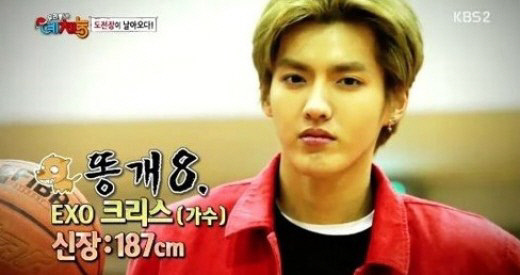 (SBS)
“It is difficult to get used to Korean way of life. Learning Korean manners such as bowing to Sonbae (senior singers) is especially tricky,” Kris said during the interview with a local newspaper last year.

A CEO of a management company pointed out that foreign trainees could find it hard to adjust to the Korean training system that crams would-be singers in a dorm and requires demanding practices on a busy schedule.

Hankyung, a Chinese former member of Super Junior, is another factor Kris might have taken into consideration before taking legal action.

The former idol, also managed by SM Entertainment, filed a lawsuit in 2009, claiming his contract was unfair. After he won the first trial, the agency agreed to nullify his contract. The former idol is enjoying popularity in China as an actor and singer, reportedly earning more than he did with Super Junior.

SM Entertainment has yet to make public comments, but an official from the agency said that it would ensure EXO’s upcoming activities would not be hampered by the matter.

It remains to be seen whether EXO, who recently made a return to K-pop with a new album, “Overdose,” will perform its first solo concert on May 23 as scheduled in the wake of Kris’ move.