A veteran designer has taken on the challenge of unifying fashion designers here as part of an effort to connect different generations in the industry.

“It’s about time. We have been talking about unifying the fashion sector since last year. Each designer has a role to play in the development of Korean fashion, but till now there has been no platform that allows us to play that role,” said Lie Sang-bong in an interview with The Korea Herald at the launch event of The Council of Fashion Designers in Korea last Thursday.

Until now, there have been four separate designer groupings.

“It just didn’t look good and we didn’t create the synergy, a key to the development of Korean fashion,” said Lie, who became the inaugural president of the CFDK at its first general meeting last Thursday.

Well-known for designs inspired by Korean cultural elements such as the Korean writing system Hangeul, Lie premiered his eponymous line at Seoul Fashion Week in 1993 and debuted in Paris in 2002. 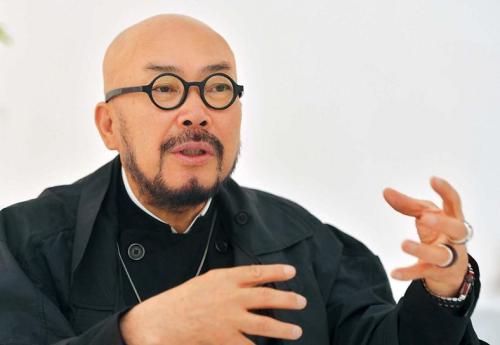 “We will work with Seoul Metropolitan Government, a co-host of the event, to pull off the event successfully next time.”

He stressed the importance SFW as key to guarding Korean fashion brands against the onslaught of foreign brands in the Korean market, not just a means to promote Korean fashion to the world.

“It’s not a matter of whether Seoul becomes one of the world’s main collections. The local collection’s primary role is to strengthen the local fashion industry by discovering young talent and serving as a main stage for established designers,” he said.

“In order for local brands to stand up to foreign labels, the established designers should keep their positions firmly and pass them on to young designers.”

He noted that collective development in fashion is more important than focusing on one star designer for the development of the local fashion industry.

“We used to think one star designer would solve all problems of the fashion industry, but a star player can’t revitalize the whole industry,” he said.

As a first step, the CDFK plans to hold an exhibition of works by its member designers and hold a bazaar at Shinsaegae Department Store in Gangnam in June.

Following the event, the council plans to arrange small projects uniting designers at various stages of their career as well as workshops that bring together designers and fashion experts to talk about the future of Korean fashion.

“We aim to boost Korean fashion to the level of our country’s national power,” he said.