The network said Monday that Simpson will help guide contestants in the series “Fashion Star” as they compete for a multimillion-dollar contract to launch their own brand.

Elle McPherson will host the show, which NBC promises to be a “true spectacle” taped in front of a studio audience and featuring music, dancers and models along with weekly challenges for the contestants.

Simpson, 30, (“The Dukes of Hazzard,” TV’s “The Price of Beauty”) is a fashion mogul as well as entertainer, with a line that carries her name and includes 22 product categories. 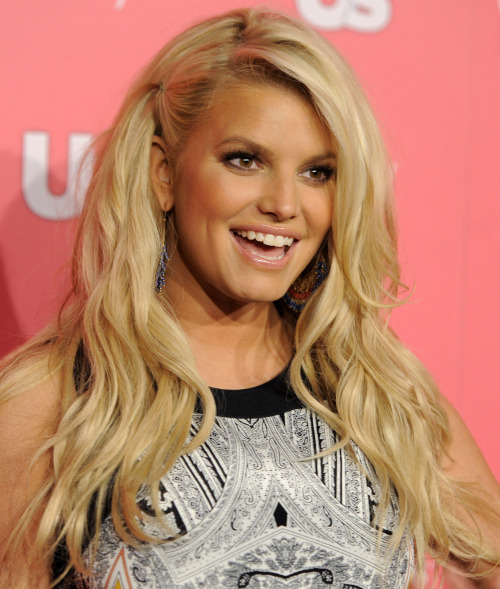 An April 26 photo shows Jessica Simpson at Us Weekly’s Annual Hot Hollywood Style Issue event in Los Angeles. (AP-Yonhap News)
“NBC is delighted to work with singer, designer, actress and pop culture icon Jessica Simpson,” said Paul Telegdy, NBC and Universal Media Studios executive vice president. “With an almost billion-dollar lifestyle brand under her belt she is sure to be an excellent mentor to our up-and-coming designers.”

The contestant who best combines fashion and business gets a contract to launch a line with three major retailers, which are yet to be announced. Buyers from each chain will serve as judges, keeping contestants in the competition by buying their designs.

Viewers won’t have to wait to shop for what they see: Each week’s winning design in categories ranging from suits to lingerie to accessories will be available for immediate online purchase.

“Project Runway,” hosted by Heidi Klum, was a hit for NBC Universal’s Bravo channel before a legal clash ended with the series moving to Lifetime.

The debut date for “Fashion Star” was not announced.