The film is directed by Fernando Meirelles and inspired by Arthur Schnitzler’s play “Reigen,” or “La Ronde.”

While storyline specifics are being kept under wraps, screenwriter Peter Morgan told reporters Tuesday that the plot encompasses a “chain reaction of events” that start when Law’s character, an Englishman in Vienna on business, is stopped from seeing a prostitute. 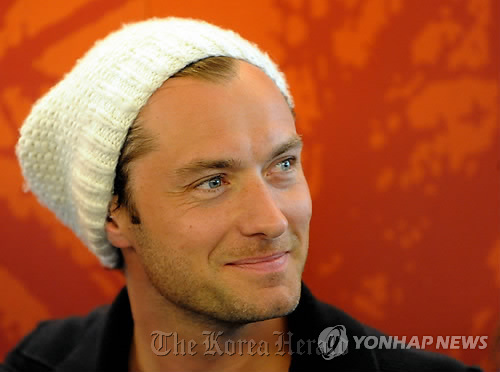 Jude Law
“The one rule I gave myself was that it should start and end with a prostitute in Vienna,” he said. “Vienna is the soul of the film.”

Some of the cast, including Law and German actor Moritz Bleibtreu, are currently in the city for on location shoots.

Law, looking tanned and relaxed, described the script as “really interesting, diverse and challenging” and said he was excited by the project because he is a big fan of Meirelles.

Meirelles, probably best known for “City of God” and “The Constant Gardener” also had his share of praise for Law, calling him “fantastic.” “He’s not just good looking, he’s a really, really solid actor,” he said.