The construction of Taekwondo Park, covering a total area of around 2 million square meters with $540 million in investment began last year and is expected to be completed in 2013, said Lee Dai-soon, head of Taekwondo Promotion Foundation.

Lee, who also serves as the vice president of the World Taekwondo Federation, said that the specially designed area will become a world hub for the sports. 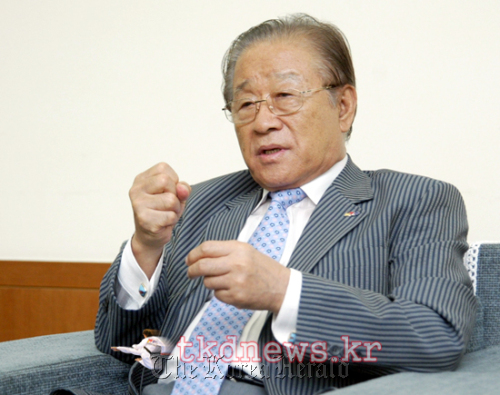 Lee Dai-soon, head of Taekwondo Promotion Foundation
“We hope and believe that the site will be a must see for all taekwondo athletes and practitioners,” Lee told the local reporters in an unofficial meeting on Thursday.

The park consists of three main parts ― spirit, mind and body ― in adherence to the concept of the Korean traditional martial arts.

In the spirit zone, facilities such as memorial park, exhibition hall and Hall of Fame will be housed to symbolize the sport.

The body zone, which will be the core of the park, is the training site. Indoor and outdoor training centers and athletes’ village will be built to provide advanced training programs for athletes from around the world. The place will be also open to the public so that more people can participate in the sport, according to the foundation.

Taekwondo research center and the World Taekwondo Academy will be housed in the mind zone. 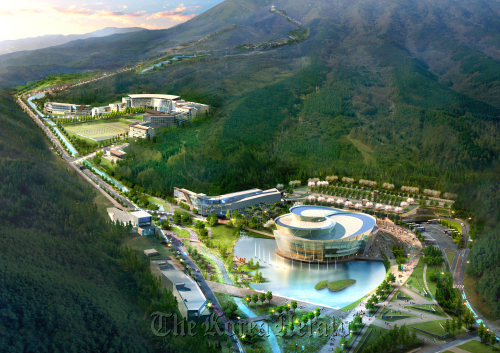 A bird’s eye view of the Taekwondo Park in Muju, North Jeolla Province (Taekwondo Promotion Foundation)
According to Lee, the multi-billion project is expected to be completed in the end of 2013 with more than 30 percent of the construction will be finalized this year.

Taekwondo, the country’s traditional martial art, is now a global sport with more than 70 million practitioners, but Lee said that more efforts are needed to further its development. 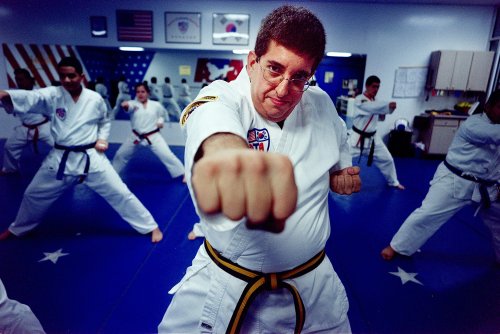 Taekwondo (MCT)
To take taekwondo from being just a sport, the taekwondo foundation is also planning to stage a world taekwondo symposium in July and also host a world youth training camp in August in Muju.

“When it is completed, the park will create a new chapter for the sport. But in order to do that we still need more support,” he said.