This year, Incheon International Airport was chosen as the winner of the Korea Image Stepping Stone Award for its efficient and quality service.

“The airport has won world recognition for its service for the past five years,” said Choi Jung-hwa, president of the institute, told The Korea Herald. 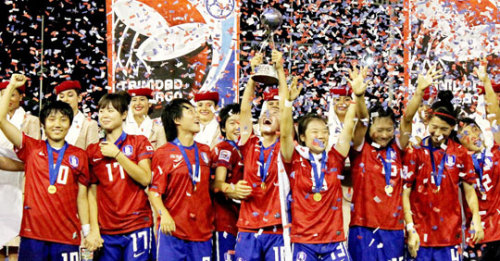 Korea’s U17 Women’s Soccer Team won the Korea Image Budding Youth Award.
“Professor Sorman has written some 20 books and quite a few of them are about Korea,” Choi said.

“It’s very rare for a foreign scholar to raise awareness about Korea and its potential abroad. Professor Sorman has done so in Europe, South America and the U.S.”

Huh Gak, the winner of 2010 Superstar K Season 2 will perform at the award ceremony at the Grand InterContinental Seoul, as well as pianist Cho Seung-jin and maestro Chung Myung-whun.

“A special song called ‘Korea’ has been composed for the event,” said Choi.

“The song will be sung by the some 800 people who will attend the ceremony. I wrote the lyrics and composer Jeon Min-jae, the winner of 2010 Queen Elisabeth International Music Competition of Belgium, wrote the score.”

And 22 Mickey Mouse and Minnie Mouse dolls dressed in hanbok, Korea’s traditional costume, will be on display and given out during the event. 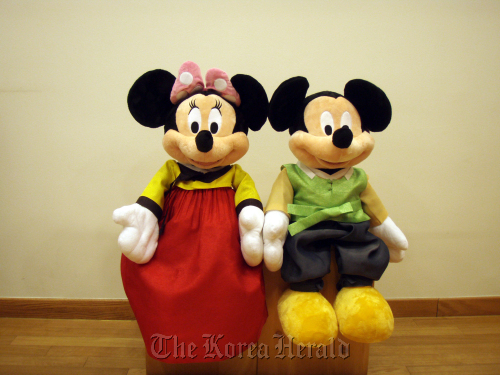 Mickey and Minnie dressed in hanbok
“Korea’s bibimbap first became known to the world because Michael Jackson talked about it,” Choi told The Korea Herald.

“We thought hanbok would be well-promoted if we dress the internationally-adored characters in hanbok.”

Two large sized stuffed dolls will be auctioned at the end of the evening while the smaller dolls will be given to the members of the U17 women’s soccer team.

Former Prime Minister Han Seung-soo is expected attend the event, along with actor Ahn Sung-ki and members of the diplomatic community.