“Like a G6” topped the Billboard Hot 100 chart and is still riding high at No. 14. The song is by the Far East Movement, reportedly the first Asian-American group to reach the No. 1 spot.

“We don’t feel like we deserve (to top) any type of list,” said Kevin Nishimura, aka Kev Nish. “So many people have come before us and broken down the door. We are just honored to be a part of the community.”

The quartet of emcees ― Kev Nish, Prohgress, J-Splif and DJ Virman ― collectively trace their ancestry to China, the Philippines, Japan and Korea. Actually, Nish admits, they didn’t even know about their pioneer status until a journalist asked during an earlier interview. 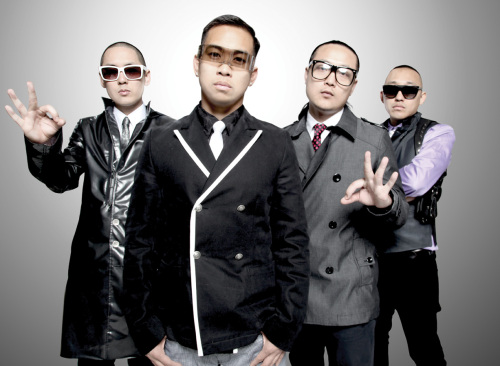 Far East Movement
“We’re just everyday Los Angeles kids,” said Nish over the phone in downtown Los Angeles after filming a music video with the group. “We never thought something like this would happen.”

Ages 26 and 27, the four are not new to music. They’ve paid their dues, starting by promoting their own shows and surviving on $1 tacos. They’ve upgraded. They first rapped together in Koreatown parking lots and nightclubs ― then as headliners. They used to intern for Interscope Records and now they’re signed to the label.

You can catch the group’s music on the current Reese’s Pieces commercial, also on some “CSI” episodes and the movie “The Fast and the Furious: Tokyo Drift.” Far East Movement has also played two world tours.

Their popular song “Like a G6,” is about the fast-paced party lifestyle, said Nish, 26. It’s about drinking and a “three-club night that you don’t want to end.”

The song reflects their party-loving style, a sound the group describes as “free wired,” which mashes different genres ― hip-hop, electronica and pop, with influences like Beastie Boys, Nirvana and DJ Tiesto.

“We saved up money for studio time, living on this dream,” said Nish. “There was no backup plan, just blind faith.”