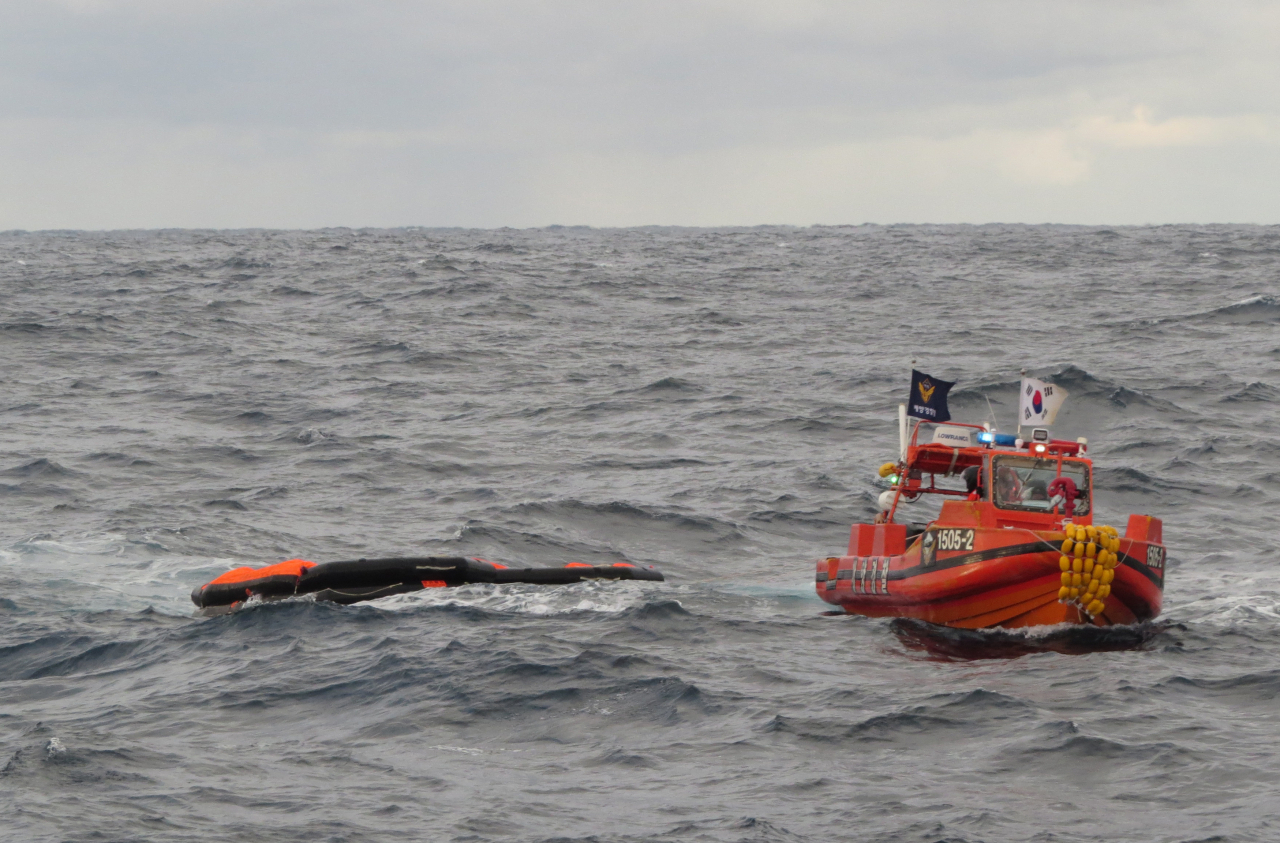 A search operation is underway at the sea off Jeju Island Wednesday morning. (Korea Coast Guard)

Fourteen crew members from a capsized cargo ship off southeastern Jeju Island were rescued in a joint search operation involving multiple coast guards as of early afternoon on Wednesday.

The search for the remaining eight members of the 22 crew members -- 14 Chinese and eight from Myanmar -- was ongoing, operated jointly by the coast guards of Korea and Japan, as well as the Japanese Maritime Self-Defense Force as of press time.

The 6,551-metric-ton ship registered in Hong Kong reportedly sank about 150 kilometers off Seogwipo, Jeju Island. A strong wind warning was in effect on the seas off Jeju Island early Wednesday morning until 4 a.m.

Winds of 16 meters per second, sea water temperature of 18.5 degrees Celsius and 4-meter waves were recorded at the location of the sinking at around 7 a.m. Wednesday.