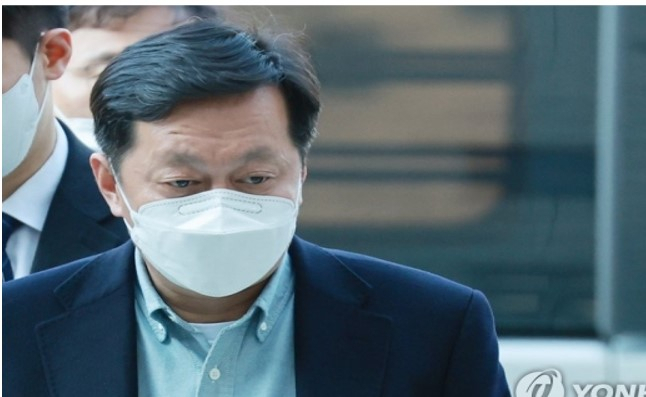 The closest aide to the main opposition Democratic Party of Korea's leader Lee Jae-myung was handed over to trial on Friday on bribery charges, heightening the possibility of investigating Lee soon.

The prosecution indicted Jeong Jin-sang on charges of receiving a total of 240 million won ($184,000) in bribes from Yoo Dong-gyu, the former head of the Seongnam Urban Development Corporation. Yoon was also indicted for giving bribes to Jeong.

Jeong was alleged to have received the money from Yoo while serving as the policy secretary of Seongnam City and the head of the Gyeonggi Province policy office between February 2013 and October 2020.

Yoo is also accused of throwing his mobile phone out of the window according to Jeong’s instructions during a search and seizure in September 2021.

After Jeong’s indictment, Lee Jae-myung said it was something he had already “foreseen” because the decision was already made by the political prosecution. “I believe the truth and the innocence will be revealed in court,” Lee said.