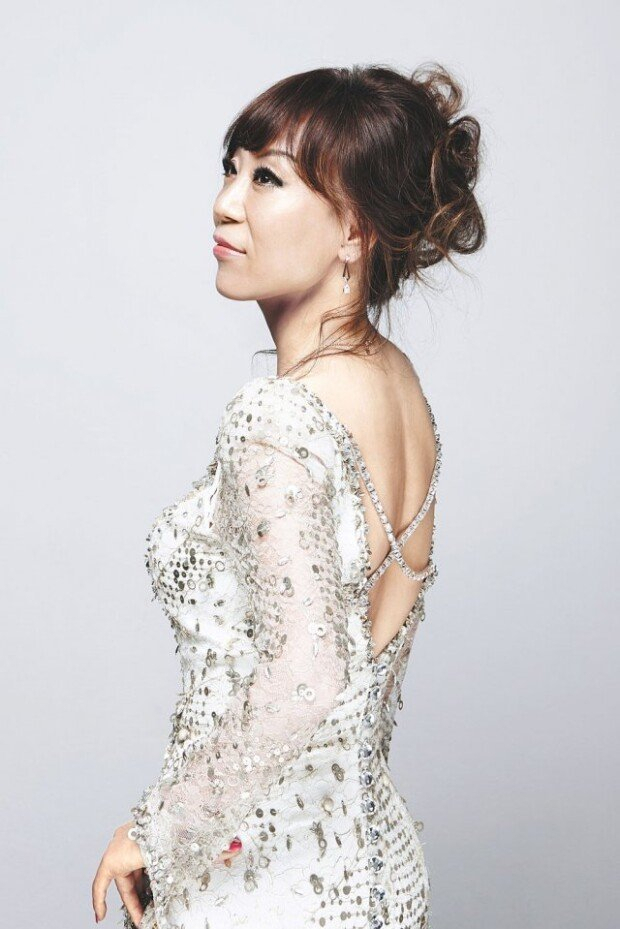 Famed South Korean soprano Jo Sumi said Tuesday her new Korean-language crossover album "In Love" contains elements of the past, present and future to deliver the beautiful emotions of falling in love.

The Grammy-winning singer said she had a hard time selecting 11 Korean tracks for the love-themed album released on Warner Classics as she wanted to introduce a wide range of Korean songs by contemporary composers in her own style.

"All of the composers are alive, so they could give me their opinions about the songs and help me," the 59-year-old said. "Many people say Korean folk songs are not familiar, so I naturally sang songs so that their lyrics are easy to catch."

Jo, who has released more than 40 albums across a wide spectrum of music since her European operatic debut in 1986, said the new album, the first since "Mother" (2019), is like a "vacation" in her classical career.

The soprano said she wanted to work on the love-themed album to console people who had to endure years of loneliness, isolation and pain during the COVID-19 pandemic.

"There is a time for everything in one's life and I think it's time to love," she said. "Like people in love don't want to let go of their hands, I want this album to be an album that doesn't leave your hands."

Jo is scheduled to perform the songs in the album in a concert under the same title at Seoul Arts Center on Dec. 23, according to Warner Classics. (Yonhap)