Red Devils, the South Korean national soccer team’s official supporters club, will take to the streets of Gwanghwamun Plaza to cheer for their team against the perennial powerhouse Brazil in the Round of 16 at the 2022 FIFA World Cup in Qatar.

Seoul Metropolitan Government on Monday gave the go-ahead to the Red Devils' request to use the square to broadcast the game.

Tens of thousands of fans are expected to gather at the square in central Seoul, as the public screening event amassed a police-estimated 23,000 fans for the first Group H match against Uruguay and 30,000 fans for the last game against Portugal. The match against Ghana only brought together 3,000 people due to heavy rain that soaked the peninsula.

“As we (Seoul city) did during the three group stage matches, we will provide administrative support to ensure that the event will proceed safely,” the municipal government said. 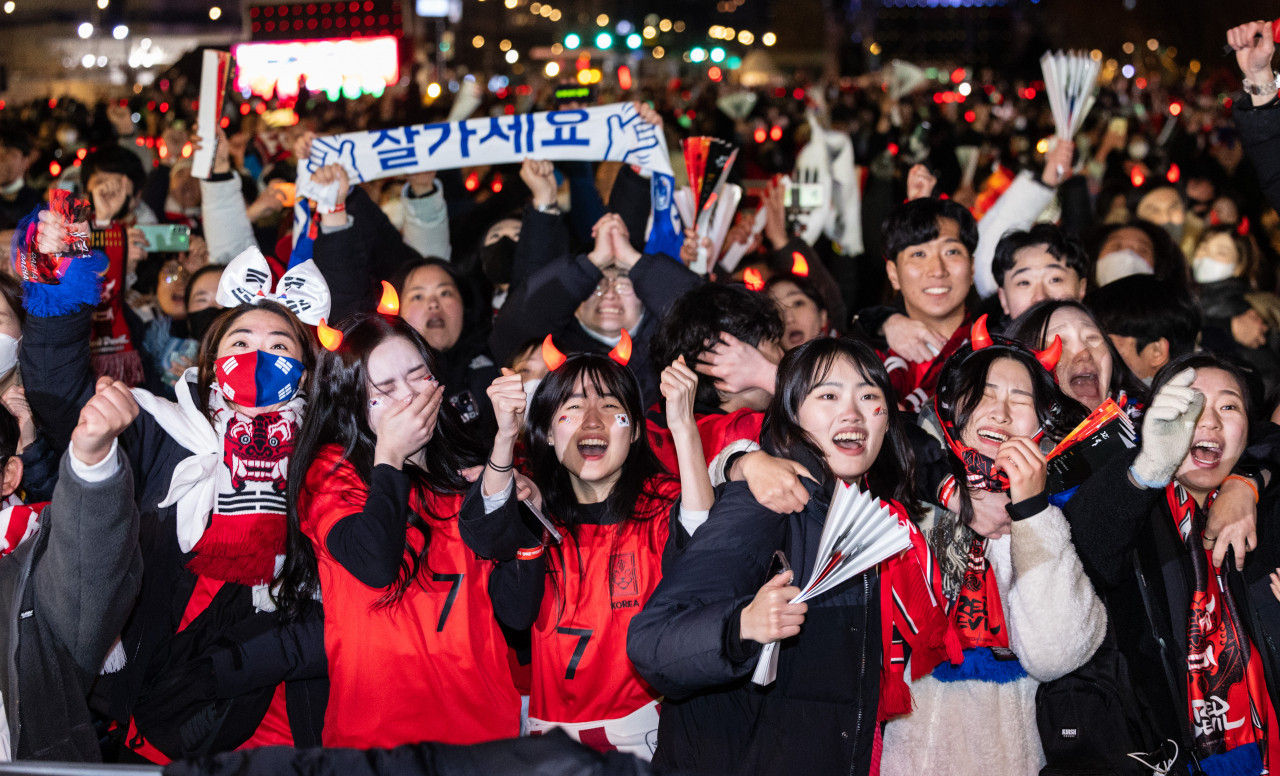 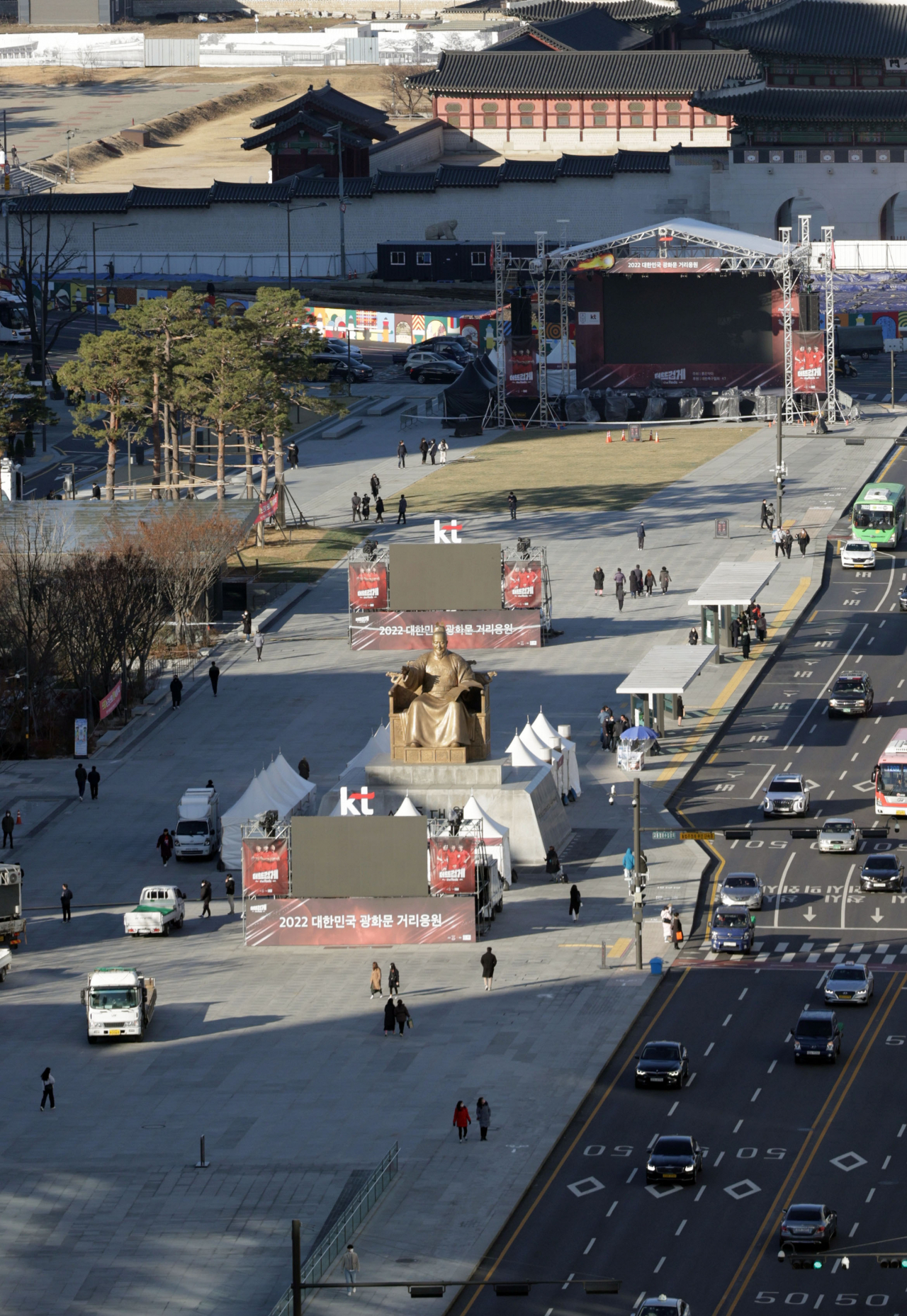 The game is slated to kick off at 4 a.m., Korean Time, Tuesday, but the Red Devils will commence related events at 11 p.m., Monday. The supporters club said it expects around 15,000 to 20,000 people to partake in the public screening event.

City officials advised fans to ensure that they make extra preparations to stay warm, due to the weather forecast that expected the temperature to fall to as low as minus 3 degrees Celsius during the game. The municipal government will set up a cold weather shelter as they did for the match against Portugal, during which the temperature fell to around freezing.

The new shelter will consist of six interconnected tents, larger than one comprised of four tents used for the Portugal game, which had capacity of about 80 people.