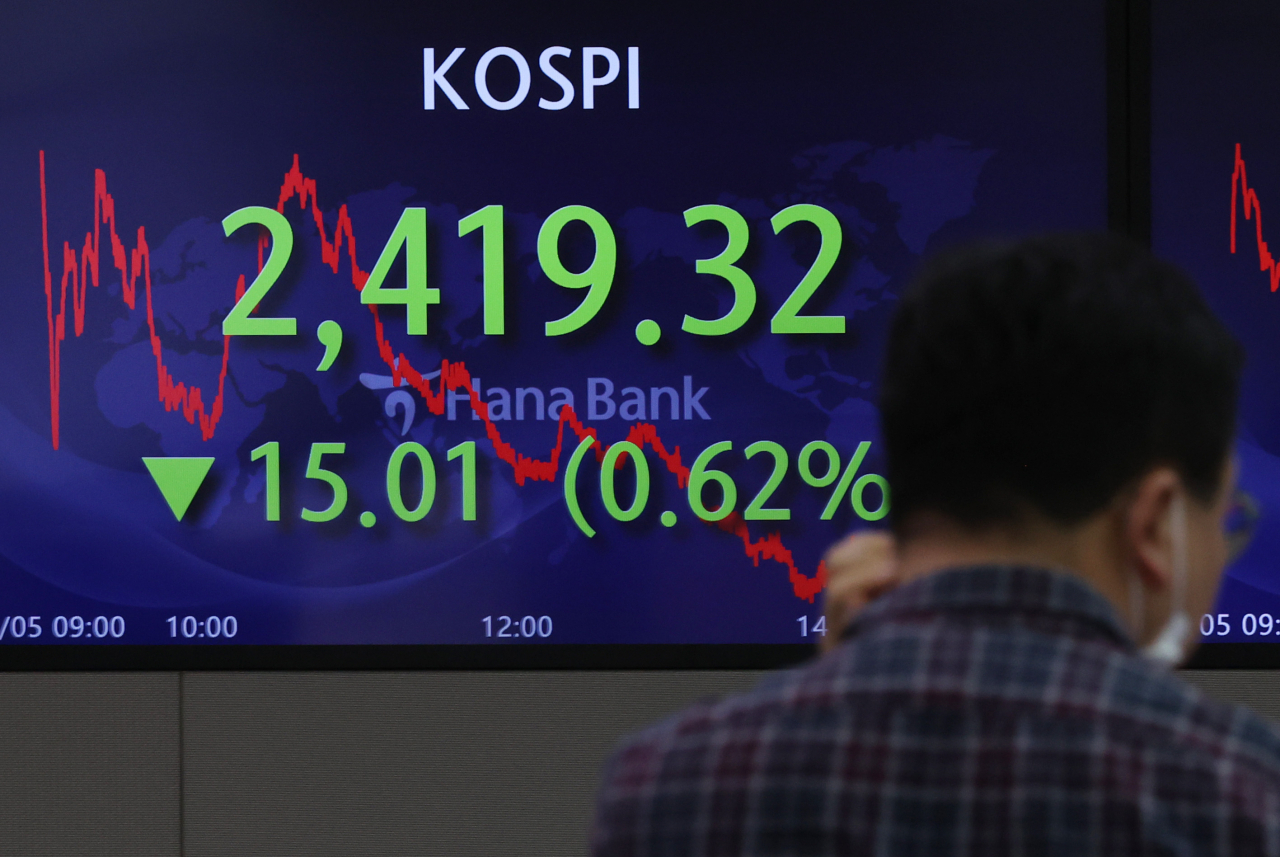 An electronic board showing the Korea Composite Stock Price Index at a dealing room of the Hana Bank headquarters in Seoul on Monday. (Yonhap)

Seoul shares closed lower on Monday as investors remain concerned that the Federal Reserve may continue its aggressive monetary tightening following a stronger-than-anticipated US jobs report. The Korean won rose against the US dollar.

Investors appear to be looking for any new clue for their asset readjustment following the release of a solid jobs report in November, analysts said, which may prod the Fed to implement more aggressive monetary tightening.